The season is winding down. The B's have 2 games left and then it will be PLAYOFF TIME!! Come playoff time the Wanna B's will be out in full force. 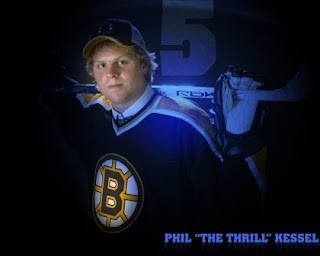 Last nights game against the Montreal Cuntnadians was the best regular season game I have ever been too. Lucic was a beast, fucking up anyone who got in his way. Chara used Mike Komeserick as a speed bag. Shawn Thornton was on the prowl and The Sheriff Shane Hnidy was just looking to hand out beat downs! Patrice Bergeron had his best game in 2 years. The Garden was electric. The only gripe I had was all the Cuntnadians fans.
Heres the game Highlights:


The playoffs start next week. We either play the Rangers or the Cuntnadians.
Posted by d at Friday, April 10, 2009