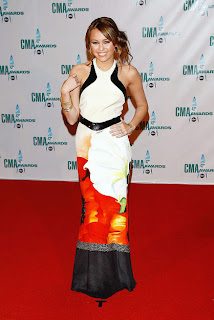 You might think Jamie Foxx would have reached out to Miley Cyrus by now.

In fact, no one in the Cyrus camp has heard a peep from Foxx since he’s come under attack for crude jokes he made about the Hannah Montana star on his radio show, according to a source close to the family. (UPDATE: During an interview with Jay Leno on the Tonight Show this evening Foxx apologized and said he would call Miley.)

Miley’s dad, Billy Ray, is particularly upset, according to the source.

“He thinks Jamie was out of line and didn’t find any humor in it,” the source told me this afternoon. “He doesn’t understand why he would do that to Miley especially since he has teenage daughter himself.”

Foxx certainly wasn’t taking shots at the 16-year-old star in January when they met at the Kids’ Inaugural: We Are the Future Concert. “To say he didn’t know who Miley was doesn’t make sense,” the source said. “They’ve always been fans of Jamie, especially after meeting him. That’s why it’s even more disappointing.”

Foxx’s jokes began after a caller mentioned an old story about Miley threatening to ruin Radiohead after they declined her request to meet them at the Grammys.

A rep for the Cyrus family has declined to comment on the Foxx controversy. “Billy Ray isn’t going to say anything publicly because he doesn’t want to this to escalate,” the source said. “He wishes it would just go away.”

Foxx’s rep said earlier today that the actor planned on releasing a statement (he hasn’t yet), while trying to excuse his client’s behavior by explaining that “Jamie’s show is a comedy.”


For those of you who have not seen this story, Jamie Foxx lashed out at Miley Cyrus on his Sunday morning radio show called the FoxxHole. Foxx called Cyrus a little white Bitch, told her to make a sex tape and grow up, and do heroin like Britney Spears. He also said she should do what Lindsay Lohan does and date a lesbian.

Who in their right mind (other than Chrissy) would want to see Miley Cyrus in a sex tape?? Not me thats for sure, at least not anytime soon anyways maybe when shes a little older. I know this was probably taken out of context, and only meant to be funny but she's a fucking teenager for Christs sake. Seriously is Jamie Foxx that big of a celebrity to be criticizing other people, I mean cmon really. Sounds to me that he's a bit jealous that a white teenage girl is just as big of a star as he is, if not bigger. Im not against Jamie Foxx by any means, hes a decent actor but have to go against him with this one here, I mean whats fair is fair. Do you think that this will be handled the same way that the comments that Michael Richards made toward black people? I think not, this is Omerica so I guess its acceptable these days. Will they cancel his radio show until he apologizes like they did to Imus? I doubt it. Well enough of me ranting, back to work for me.
Posted by RIO at Wednesday, April 15, 2009

HELL YES i would watch that sex tape! id actually love to be the one in it with her!!