Yes, I was on vacation last week but that's not the reason I didn't post. I got caught up. Pretty straight forward. I am apologizing for being busy.

This is what I learned over the past 2 weeks:
1. The South Side Tavern in Braintree will be hosting Guiness on September 11th, engraving glassware.
2. Johnny Walker has a new Platinum coming out. How much will that be?
3. House projects, new fence: 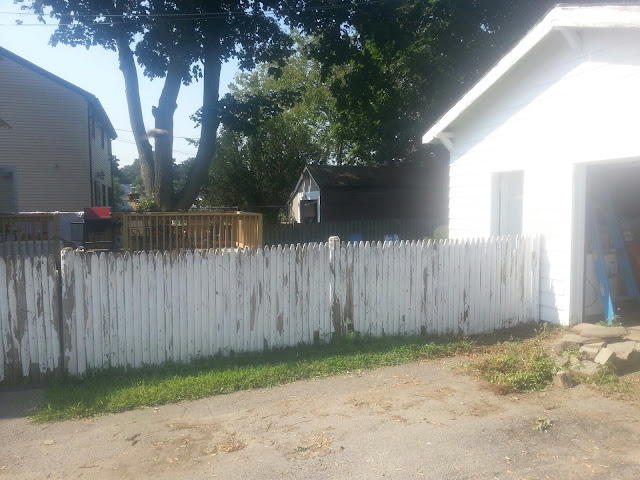 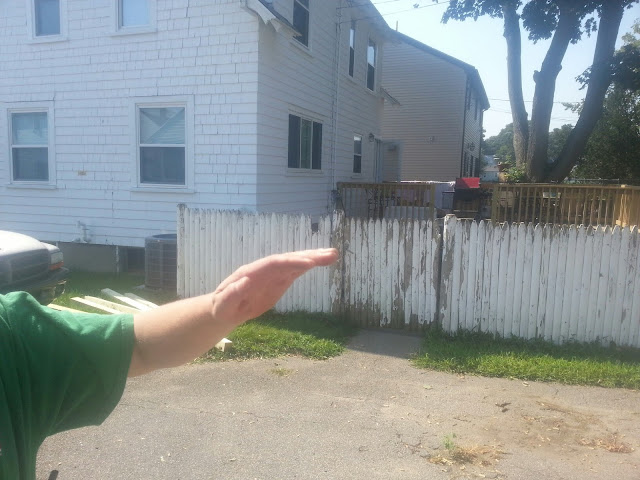 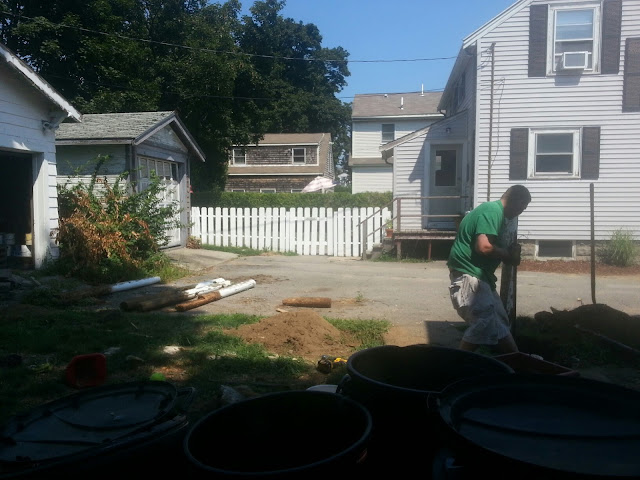 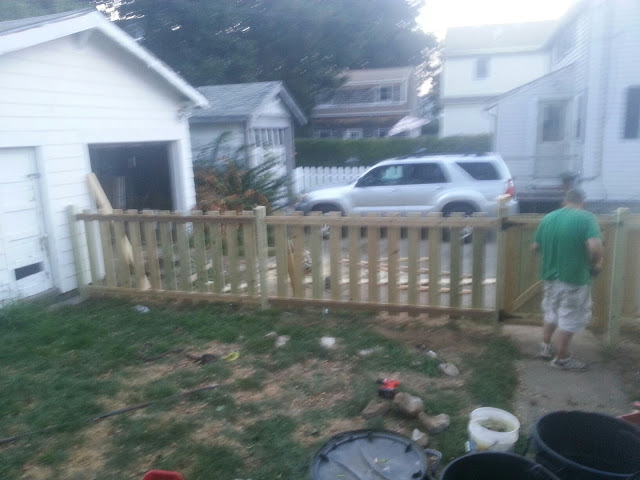 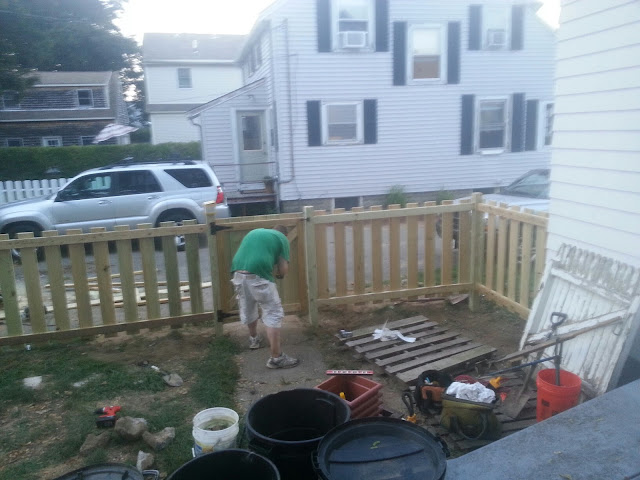 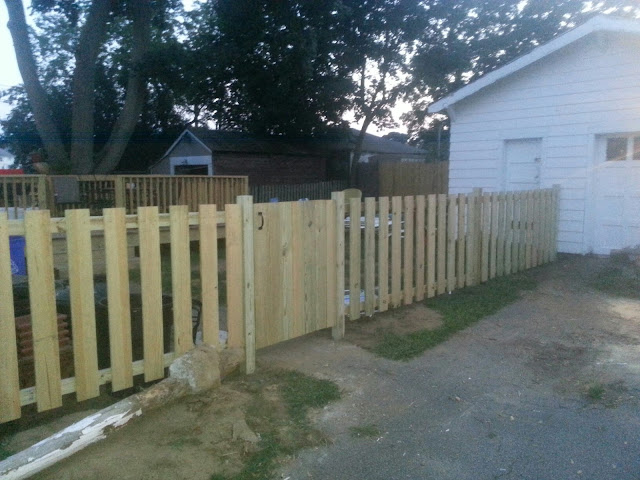 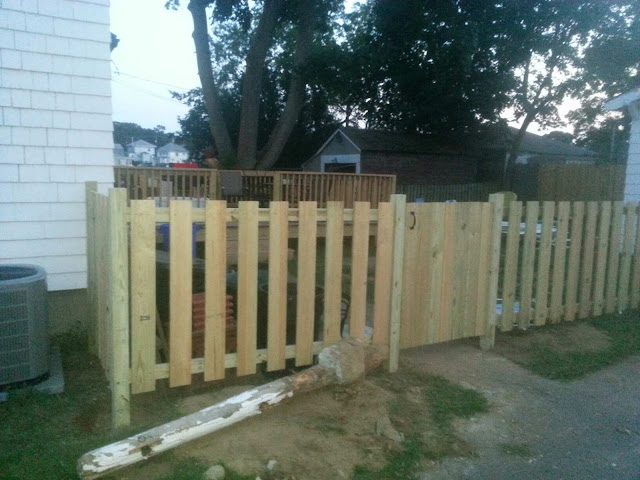 4. Who gets a ride home from the police on fantasy football draft day? Chrissy and I, thats who. Guess it is illegal to try and flag down a cab in the street.
5. Rio is on a tear with his scratchies. Kid just killed it with a $1000 hit.
6. Is it normal that a fantasy draft is 4 hours long?
7. Anyone interested in BC/Nova tickets for Saturday? 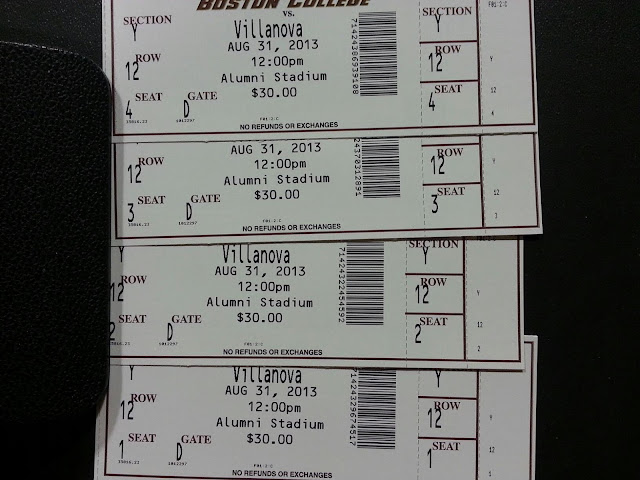 8. Grumpy Whites are you for real with your outdoor patio/deck?
9. All the trades Chrissy was making at the fantasy draft, I am 100% shocked he didn't trade naming rights to his unborn child.
10. Typical Smiddy fashion, no showing on the fantasy draft. Good thing we had a back up to the back up.
11. The Marshfield fair is quite a shit show:

(couldn't find anyone to watch your child for a quick set) 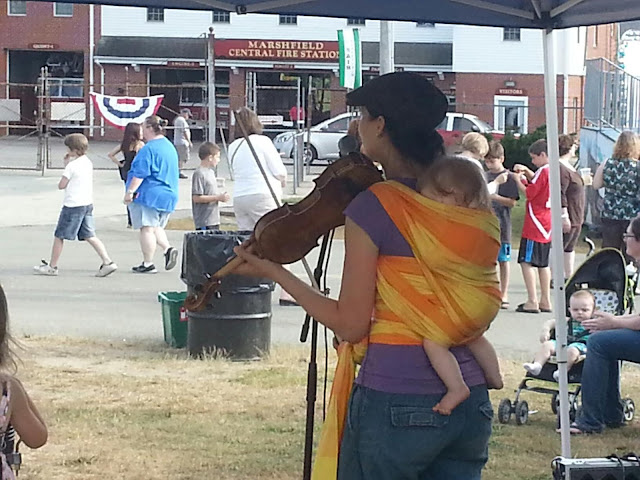 (Shit got real when Beiber came on) 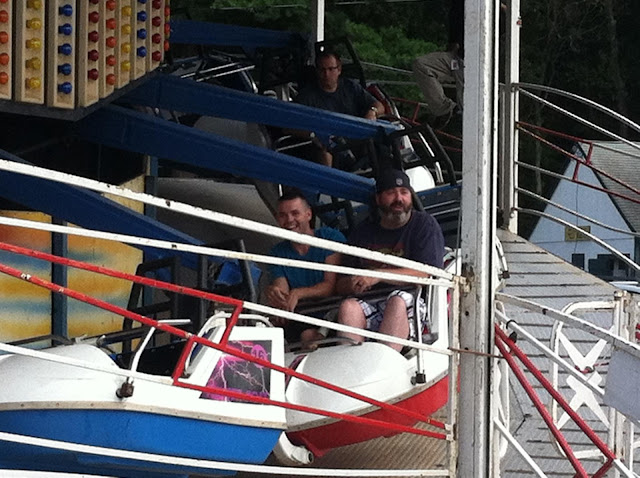 (They would not let us actually go on this ride. They said Chrissy and I were too heavy) 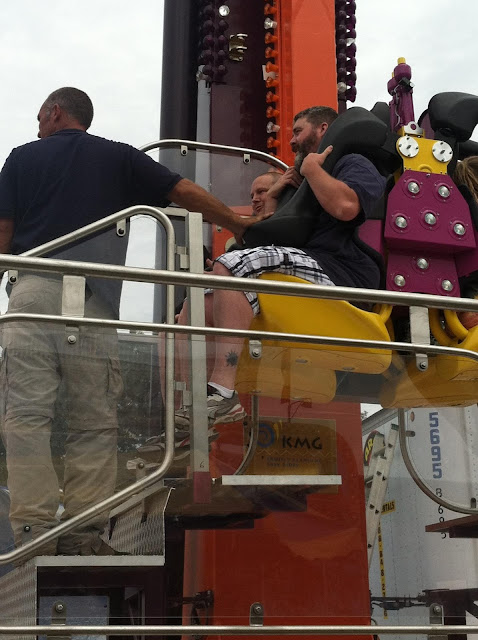 12. Finally got to Lincoln in Southie. Its pretty nice and the food is great. Also got to Whiteys which was a not nearly as nice. It is good to see that nothing has really changed at the bars though. The more things change the more they stay the same.
13. Not Uncle of the year for nothing: 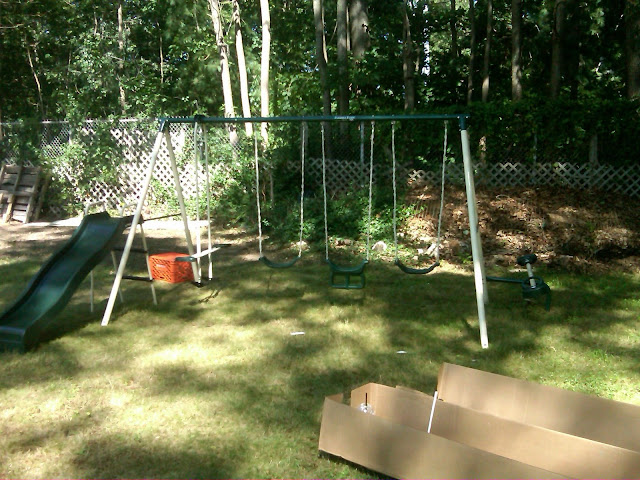 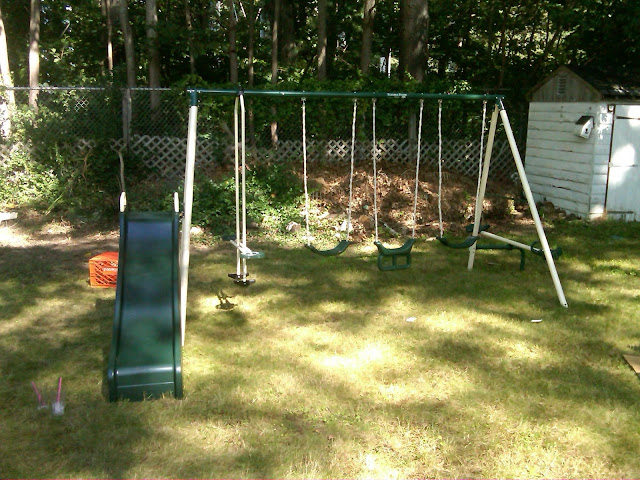 14. As much as I love watching football I can not get into preseason.
15. Its like the people at Starburst know me personally (mini and unwrapped!): 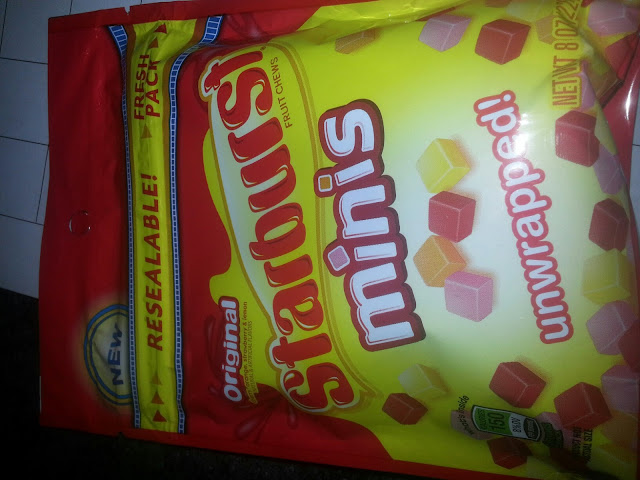 16. Ink for my old(Like 10 year old) printer was $66.99 so I bought a new wifi printer for $79.99. Suck it Staples.
17. Why is the first day back from vacation so long?
18. I do not know how people work the over nights as a regular shift. I mean I was all messed up for like 3 days.
19. The Chipotle steak and cheese from D'Angelo is something special.
20. Has anyone caught this extreme cheapskates show on TLC? I mean its beyond ridiculous. Makes Chrissy look like a huge spender.
21. I am loving this weather. Sleeping at night with the windows open is the best.
22. Man people are starting to tip toe back on to the Red Sox Band wagon. Meanwhile, I have been to the most games a year in forever.
23. I heard Julie Nickerson has been in town and she hasn't met up with anyone that I know of. Some friend you are.
24. What kind of bar doesn't serve shots? I am talking to you Snug in Hingham.

I am sure in the past 2 weeks I have forgotten way more shit than I have listed here.
Oh well sue me.

We all made it back alive from Atlantic City.  Phelps' bachelor party was a sweeping success.  I know I am getting older but its good to let loose for a whole weekend once a year. Who is next up to get hitched? I think it is Mark Welch. I hope everyone is saving up for that bachelor party....VEGAS CITY!

This is what I learned from dirty Jersey!

1. Pedi cab races are legit, dangerous and fun.
2. I wish I knew someone who liked Nerds: 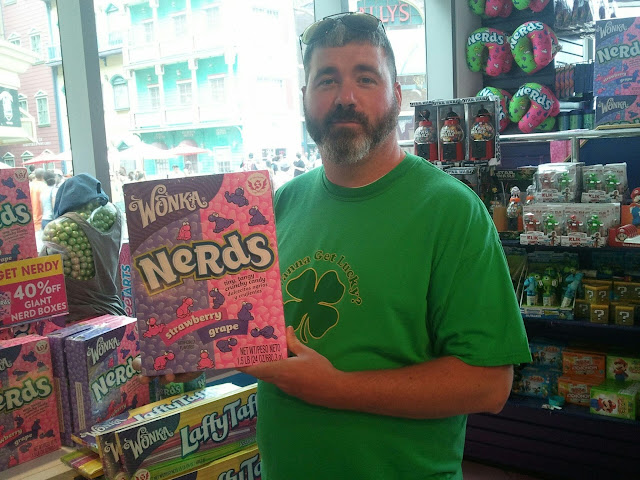 3. The Rain Forest cafe is no place for 10 guys to grab dinner. SAFARI of ZERO!
4. Winners win: 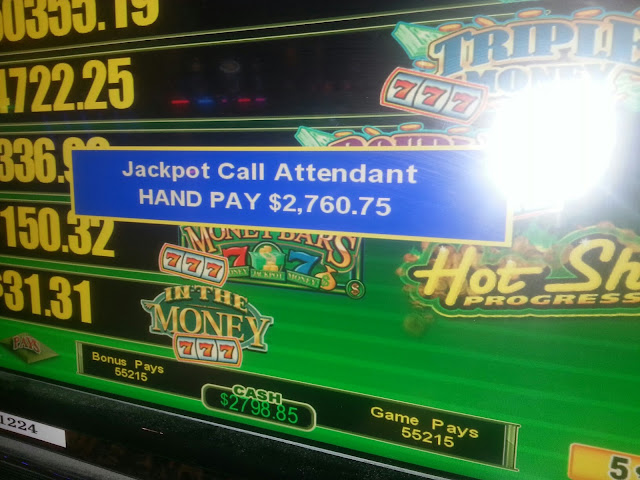 5. Its amazing people don't know what a suicide pool is.
6. Brightys sister in law hit a million on the new $10 tickets.
7. I have no idea if anyone else had a good time at the Bikini Beach bar but Drake sure did: 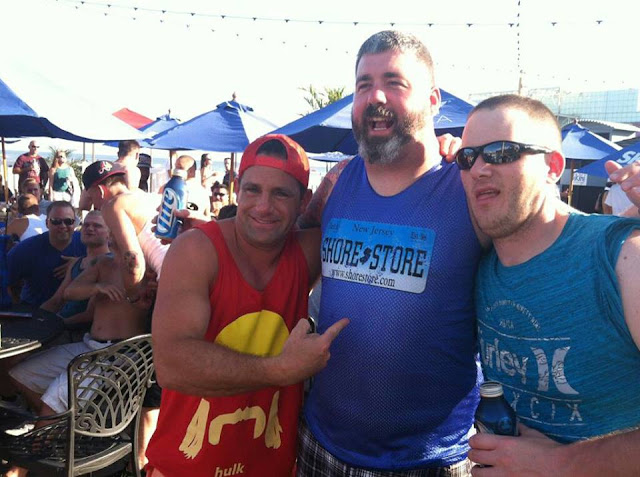 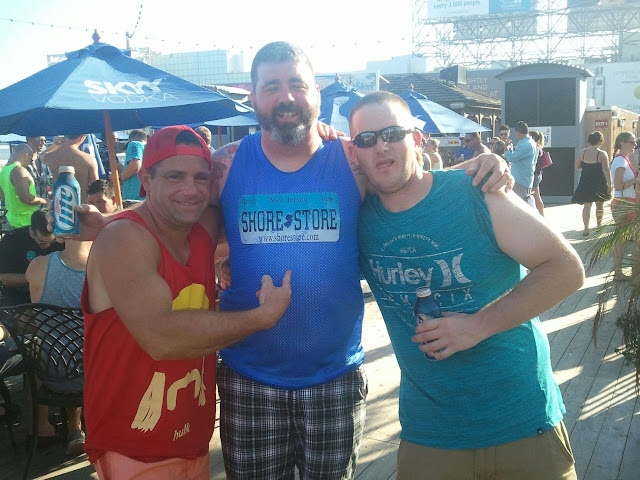 8. Anyone looking for Pats tickets? Mark Coffey has 3 games available - Browns, Bills and Miami.
9. People still pregaming in their hotel rooms?
10. You got me Spirit airlines - backpacks are free yet you let me pay $45!! Shame on you.
11. Only in America. Im sure Chrissy would throw her a finner: 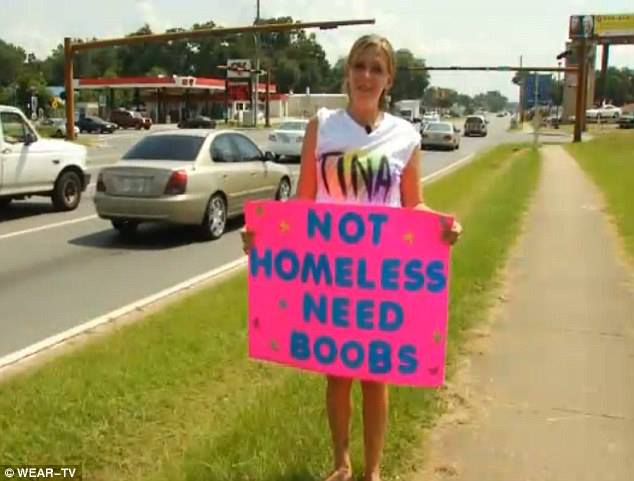 12. Jimmy Buffet must have nothing but dough. He bought a casino, added a Margaritaville then a LandShark bar and grill on the beach (the food wasn't bad either). MUST BE NICE!
13. Eating only one time during the day is no bueno.
14. Tangers outlets are fucking everywhere.
15. You didn't hear this from me but Calnan did a Jersey shore confessional. There may even be a copy of it floating around.
16. AC wasn't as scummy as I thought it was going to be. The Revel Casino was the fanciest spot I went into.
17. Massachusetts needs to get on board with Happy hour.
18. Buying beers and bringing them into a strip club in a brown paper bag is just weird.
19. Getting a sunburn on a vacation is part of the vacation, right?
20. Lets see 8 1/2 hours driving or 50 minutes flying - what would you choose?

A whole weekend of drunk so I am sure I forgot a ton more things. Thats why we have a comments section.

I have no problem with anyone, answering any question with "suck it".
Do you want to go out for beers - SUCK IT!
Hows life - SUCK IT!
Hey you see that hottie over there - SUCK IT!
Do you write a blog on Mondays - SUCK IT!
Suck it is smooth like butter.

This is what I learned this weekend:
1. People are all types of angry that its low 60's during the summer. I rather enjoy it.
2. Remicks what happened?
3. Korean BBQ is the shit.
4. I heard people complaining about the revitalization/rebuilding of Quincy center being a waste of tax money. I would rather see the city use the money for that than build yet another school.
5. I will never be confused with being a mason.
6. I have said it before and I will say it again. I do not understand the allure of training camp.
7. Mario knows a guy who knows a guy who can get you on the field at Fenway: 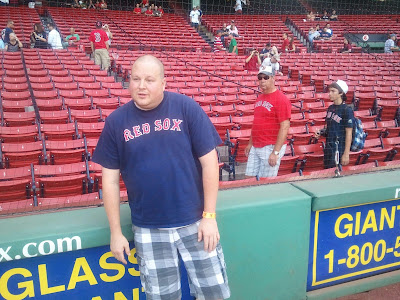 8. How did I not find out to last  minute that Bel Biv Devoe was gonna be at Mohegan sun this past weekend.
9. I heard someone at Game On asking what Morgan magic was, I almost slapped him.
10. The RF bud seats are not that impressive (even if you get on NESN): 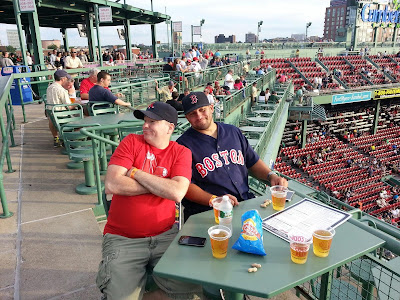 11. Mario has a deal in place to buy his parents joint. So he is suspending his house search. PARTIES IN REVERE BITCHES!
12. Is there anything worse than pulling a muscle in your lower back?
13. Will all the Apple nerds rush out to see the Steve Jobs movie with Ashton Kutcher?
14. Speaking of Apple is there anything worse than grabbing your ipod and the batteries are fucking dead? Like anything you were going to do it straight up ruined.
15. Port 305 in Marina bay is pretty good.
16. I woke up this am with my throat on fire. My wife has been telling me for years that I may have allergies. She may be right.
17. Here is Joe Q's 5th wheeler - http://boston.craigslist.org/nwb/rvs/3980723548.html if anyone is interested.
18. I am pumped about this Peavy trade for Inglesias.
19. How many fantasy leagues is too many fantasy leagues?
20. Since it is so difficult to find a great blackened/Cajun chicken sandwich around here I have been perfecting my Cajun/blackening seasoning at home.

Till next week. As always I am sure there are plenty of things that I have left out.