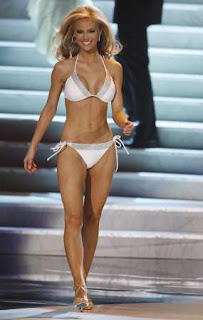 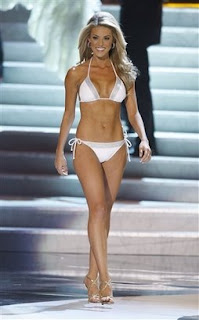 So there was some drama at this years Miss America pageant. Apparently Miss California had a hard question about same sex marriage, and she does not believe in it. Then Miss North Carolina gets an easy question about should the government be using tax payer money on bail outs, and she replies no. Hmmmm that's a no brainier any ways Miss NC wins. 1st off I believe marriage is between a man and a woman. that is my opinion if you don't like it fuck off I am entitled to my own opinion just like the gays are. Any how the real reason for this post is I don't think it really mattered who won these two women appear to be clones so whats the big deal? Left is Cali, right is NC. either one could be on the G.I.W.L.T.F. post i wouldn't even know the difference there both equally hot.
Posted by ChiefDude at Monday, April 20, 2009