So what a weekend was it...Not only was I in Vegas, saw Skills from One Tree Hill, Quest Crew and CHUCK LIDDELL (photo of me and katie K with him will be updated later on) Heidi and Spencer got married and Bea Arthur died.
Here are some of the stories....
Skills from OTH
There he was at the Luxor gambling not even 10 days after his BUST!I am still going to pretend that he is not a criminal and he is the Skills that we love dearly from good old One Tree.
April 16) - 'One Tree Hill' cast member Antwon Tanner was arrested today in connection with a Social Security card scheme. The New York Post reports that the actor, who recently turned 34, is accused of "knowingly and intentionally" transferring Social Security cards last year "with intent to defraud."

Next.....Here is a video of Quest Crew, they were the last winners of that MTV Show Americas Best Dance Crew...They were hanging at the pool and performed at LAX...

Five months after eloping in Mexico, Hills stars Heidi Montag and Spencer Pratt have said "I do" again.

Montag, 22, and Pratt, 25, wed in front of more than 200 guests Saturday at 4 p.m. at the Westminster Presbyterian Church in Pasadena, Calif., Usmagazine.com has confirmed. (A skywriter above the church wrote "Spencer Loves Heidi" numerous times in the clouds before the ceremony.)

"Today Heidi Montag and Spencer Pratt joined hands in marriage during an afternoon ceremony at Westminster Presbyterian Church in Pasadena, CA," said Rick Rhodes, a rep for the couple. "Dr. Twining F. Campbell served as pastor in front of 200 family and friends. Afterwards, the newlywed couple enjoyed an intimate reception at the Beverly Wilshire Hotel in Beverly Hills, CA." Montag -- who was draped in close to $1.2 million in Neil Lane jewels -- wore a custom-made, $19,000 Monique Lhuillier dress. Her father walked her down the aisle.
Her sister, Holly, served as maid of honor. Pratt's sister, Stephanie, was also a bridesmaid in the ceremony. Pratt wore an Ermenegildo Zegna suit, as did all of his groomsmen.
His niece, Ava, was the flower girl. Both Pratt and Montag didn't shed any tears during the ceremony, a guest tells Us. They also didn't say their own vows; the minister did.
In addition to Pratt's family, all four of Montag's parents were present - including her mother, Darlene Egelhof, who initially opposed the couple eloping in Mexico last November.
Lauren Conrad, who initially said she would not attend, had a change of heart and showed up, along with Brody Jenner and girlfriend Jayde Nicole, Audrina Patridge, Frankie Delgado, Kristin Cavallari and Lauren "Lo" Bosworth. The ceremony was filmed for their MTV show.
Music producers David Foster and Cathy Dennis -- who worked with Montag and also produced Katy Perry's "I Kissed a Girl" -- were also present.
"This is going to be the best day of my life," Montag wrote on her Twitter page. "Thank you God for Spencer." She also said her wedding dress was "amazing – like a swan princess."
On Friday, the couple held a rehearsal dinner at Wolfgang Puck's Beverly Hills hotspot, Cut.
Their wedding Saturday was wholly different from the casual ceremony they had in Cabo San Lucas, Mexico, last November.Pratt said it was "totally spur of the moment" when he and Montag exchanged vows with $8 rings they picked up on their trip.
Still, Montag told Us, "The minute we said our vows, I couldn't stop crying."
Outraged that they secretly eloped, Montag’s mother told Us Weekly at the time that she gave their marriage "six months."
Montag and Pratt planned to make the Mexican wedding official with a trip to the Beverly Hills courthouse — but Pratt had a change of heart at the last minute. Montag, he said, always wanted a traditional wedding with family and friends and a simple, courthouse ceremony didn't feel right.
"I just want to give you the wedding of your dreams that you have been talking about for three years," he said on The Hills season 4 finale last December. "I'll deal with it. It's worth it to be with you the rest of my life. We'll do it the way you want, I'm sorry, I love you so much."
Despite the controversy over the couple, their pal Patridge tells Us the two are made for each other.
"They've been together for so long, and they are two peas in a pod," she tells Us. "I mean, they are Heidi and Spencer! I can't see either of them with anyone else. Heidi loves him."

A moment of silence for Bea Arthur please! May she RIP......Bea Arthur,86,passed away on Saturday after a battle with cancer. Bea was surrounded by her family and friends. Arthur, best known for her roles of Dorothy Zbornak in the Golden Girls and in Maude. She was so funny with her one liners and she definitely will be missed!! 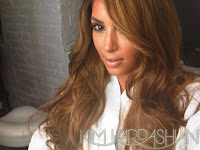 Last...what do you think of Kimmie K's trick on Sunday?? She twittered to everyone that she has a major change that she wanted to show everyone. Later in the day she reveled a lighter, blonder hairdo....Only to trick us because it was a wig...do you prefer her as a blonde or a brunette?