Case of the Mondays

What a dreary start to the week. Its 40 degrees out, rainy and humid. YUCK!

Things I learned this weekend:
1. A steak is good. A steak at the Palm is great. A steak at the Palm, paid for by William J Smiddy is AWESOME.
2. Whiskey Park is no $4.00 Joint and bitches should act as such!
3. Vodka Tonic is the best mixed drink...no matter what kind of Vodka they use.
4. Kevin Durant has some fancy shoes... 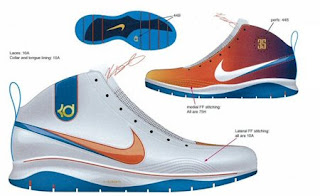 White on the outside and orange/blue on the inside...FANCY!
5. The Celtics can go old school and have Paul Pierce take over a game at any point.
6. This guy is nice/friendly and loves his job: 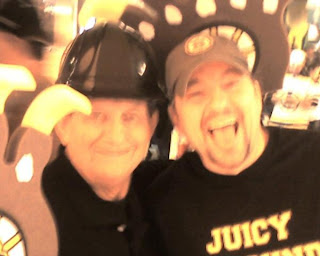 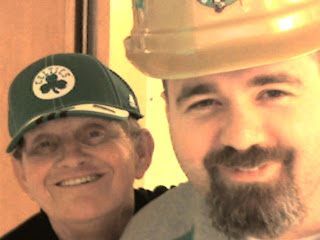 7. Marios Brew that he made tastes like Sam Adams.
8. Chrissy says he is going to shave his stache in for a whole month prior to the Mustache pub Crawl.
9. Hell night is coming up at the East Coast Grill, April 13, 14, and 15, 2009 . Rumor has it Chrissy wants to have a throw down with any and all takers. Who can eat the hottest item on the menu. Who ever eats the most wins. Any takers?
10. The Bruins seem to have gotten their swagger back.
11. Kohansky + 4 shots of Patron = something quite MJT like.
12. Opening day is only 1 week away and yet it seems like they have been playing spring training games forever.
13. I want the Celtics and Bruins season to end and the playoffs to start ASAP!
14. The Celtics need a new LUCKY that stupid Celts team sucks!
Posted by d at Monday, March 30, 2009

I used to see that guy dancing on the speakers at Avalon with glow sticks, you see the way he moves...