The Slippery Wizards - Year In Review

SLIPPERY WIZARDS, SO CLOSE BUT NOT REALLY SEASON 2008- 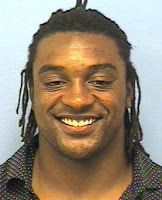 Another year another disappointment for the Slippery Wizards, once again we finish out of the money and didnt win a week in fourth place. Wizards never blame anyone except THE MAN and this year that man is CARSON FUCKING PALMER. He got hurt and then wasnt even man enough to just call it a season and strung us along all year with a maybe he will come back move thus not allowing us to make a move until it was too late. On top of that he ruined the season for our stud wr tj housh a very controversial pick with the Wizards management. Matt Forte and Andre Johnson you were the studs this year with Andre the Giant picking up team mvp. Cedric Benson you will always have a spot in our lineup, a true wizard. Lamont Jordan we forgive you for making us take you 10th overall a few years back nothing gives us more joy than doing the sanford and son 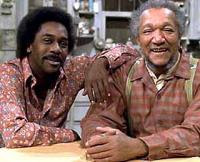 theme as you run LAMONT YOU BIG DUMMY, Dwayne Bowe its not your fault Thigpen has a gay thing for gonzalez, you're a wizard for life we will reach for you again next year. Larry Johnson you are still the STEAL OF THE DRAFT in our minds every year! Tatum Bell good to have you back we believe you in 09!! 2009 the year of the Slippery Wizards, probably not but we'll be back and ready.


Sadly, I must report a change in the 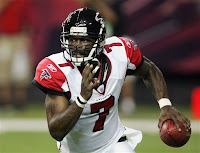 management structure. Hong Kong Dave will no longer be part of the Slippery Wizards. Anyone who knows the wizards KNOWS that the term was first used to describe the original face of our franchise and true ULTIMATE WEAPON Michael Vick, "look at that guy he's like a slippery wizard out there" back in 06 when he rushed for 1000 yards for us. Well, when we had a board meeting and it was told to me that Michael Vick could not be the face of the franchise as he is the owner of two pitbulls he loves. WELL FANTASY FOOTBALL NEEDS TO BE NUMBER ONE IN YOUR LIFE SO MR HONG KONG DAVE YOU ARE NO LONGER PART OF THIS ORGANIZATION. I will be accepting applications for the assistant gm of the Slippery Wizards as soon as possible it comes with all kinds of perks both legal and questionable by the man that will be discussed in the interview process and not in this forum. Change people change.
Posted by Iggles at Tuesday, December 30, 2008

I play it cool!

perks? I don't recall receiving any perks (or money) for getting you in the money a few years ago.