I guess Mike Foley will be taking back his weekly blogging/review rant about darts, starting next week(he also plans to contribute more golf stuff and other things he finds out there). He is currently in "Washington D.C." for a work conference. I put "Washington D.C." in quotes because I was informed that the D.C. stands for dirty cock and he is actually playing out a gay fantasy in our states capital.
You know what I always say - to each his own. 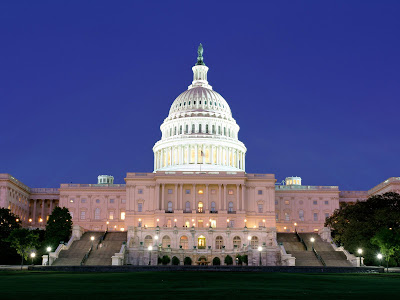 Since KevBarry has moved on to Tampa, I decided to reach out to CBV(Crazy Bob Valente), to see if he wants to return to the Repeat Offenders - DTF. Here is his response:
"Just closed on house in Bridgewater..trying to fix it so I can move in...between that and work it is not likely for another month or so....sorry". I think a NO would of worked just fine, so it looks like we may be rolling with only 8 now. Oh well good luck to KevBarry on his Florida adventure, 1. I hope he doesn't get any Tampon Bay sporting apparel that means Rays or Lightning and 2. Make sure you at least pull out. Don't want any little KevBarrys running around Florida with their chest hairs blazing (I met your father).

As I was making out the roster, I was told by Shaun Larrbear Larry Bobby Rickey Dillon that he wanted to be in matches early because he has been up fucking his new lady late into the night and he needed to catch up on his sleep. DJ Brighto was running late so he didn't get into any 501 matches, he also didn't bring his DJ equipment(Thank GOD) but he has been practicing hard to do some gigs.  This is all in between getting his pizza business up off the ground and cleaning up his act.  The kid is liquid gold.

I didn't take any notes since I had to score 4 out of our 6 matches. Plus as I told the team - that's not my style. I probably forget more than I remember.  I am pretty sure I missed a shit ton of goodness but hey it is what it is. First off, who comes to a bar with a calculator? Apparently the other team rolls with one. We have to do old school math to keep score, since our electronic board went out to be repaired in January and still hasn't been returned. It is not all that difficult to subtract from 501 or 301 but it gets hectic when people are throwing and you are still trying to calculate scores.  Secondly, I made one math mistake all night and it was a simple 258 - 100 and some how I came up with 148?? I was drinking but not all that much.  I can't make any excuses I am just a big dummie.

Cricket (3-0) -
Brighty loves to play with Jeffrey. They were done before I could get a round of beers - win
Welch and Supah( hanging and banging since 1983) banged it out - win
Larrbear and Jeb would not be stopped - win(I know we have already address this but Jeb you have to wait for their turn before you throw your darts)

301's (4-2) -
I lost 2-0. I couldn't get in and when I finally did I was wiring everything. basically I sucked extra bad with Mayonaise - loss
Welch went to a 3rd game but came through - win
Jeb's head wasn't totally with us this night but he battled  - loss
Brighty dominated even though with 24 left he went for an 8 double 8 rather than a straight double 12 - win
Jeffrey, who isn't exactly happy that people are getting credit for his tough darts each week, played very well and could of at one point went for a double 20 double 20 double bull. Good to see him doing all the math to get on an out that he's comfortable with - win
Supah would not be denied as he finished off his opponent - win