Its March madness time people. I hope that everyone gets their brackets in early. I will be posting my picks on here when I finally get around to it. Rumor has it resident bracketologist, William J Smiddy wants his picks to remain anonymous.  If anyone wants their picks put up then let me know.

Lets see what I learned this weekend:
1. The Half Door in Quincy is a nice little bar.
2. The Mumford and Sons cd is pretty good.
3. I feel bad about whats happening over in Japan.
4. Bear Cove in Hingham is a really nice park for walks.
5. Not getting a haircut or shaving for 2 months has people talking more than I thought possible. Get over it people. I look homeless.
6. Breakout Kings on A&E is a pretty good new show.
7. The Watchdog was out hobnobbing with some of the Bruins players this past weekend in Brighton. Must be nice.
8. There are more women out there buying gun, up 30% this year alone.
9. I couldn't find a corned beef over 4 1/2 lbs at the supermarket this past weekend.
10. I had eggplant parmesan for the first time Friday and it wasn't bad. It doesn't have all that much taste.
11. Smiddy's moved on from Stats and now is hanging out at the new Remy's in the Seaport district.
12. Is there anything worse than a vivid dream, where you win money but when you wake up your still broke?
13. Julie Nickerson is coming home the last weekend of the month and staying on a fancy houseboat in Charlestown. Pimping ain't easy.
14. Mrs. Booze hates the spring ahead weekend. It is her least favorite day of the year.
15. No party at Matty's place this year for the parade. Not too many people into it this year.
16. Mitchell finds that Chopped is one of the best shows on the Food network. She thinks she could dominate this and would take on any and all challengers in a competition.
17. Mario went a whole weekend without drinking. Shocking and a first!
18. Giving up junk food, candy and bad snacks for Lent is a whole hell of a lot harder than I thought.
19. No one plays Edward 40 hands any more. 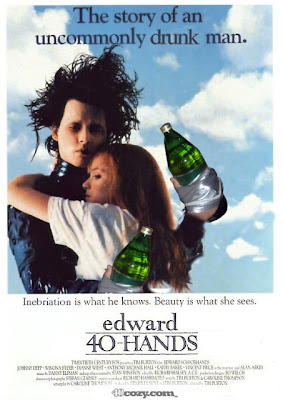 20. Ronin is getting so big in 5 months. Plus hes found his new spot on the love seat: 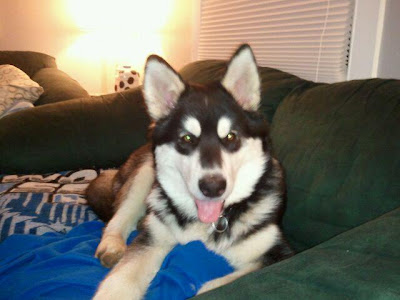 Breakout Kings has a great soundtrack as well.