From the CEO of Folan.com(for everything):
The baseball season is quickly approaching and I start to get excited about sox home opener, sox marathon Monday game and the baseball trip! The baseball trip which has been exclusively book by Whitley travel and has taken us all across the US and to old Expos stadium where Expo great Gary Carter hung out with us.

I am going to review the top 5 trips to date in hopes that the now defunct baseball crew gets back on course. I'm fully aware that Mike G's wedding ruined the baseball trips but I'm holding out hope we can get back on track. 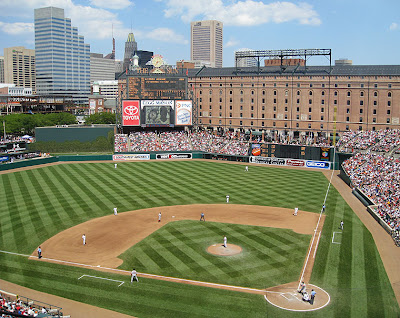 This basically was a no-brainer it had to make the top 5 and a case could be made for it being further up BUT it was our first trip and the crew was suspect at best. I'm pretty sure Nickerson only went because she had a coupon, speed pass and we split the room 23 ways so it was 8 bucks each. We were an inexperienced group and it was the only trip we actually drove to with DJ triple threat riding shotgun and Derek trying to break land speed records the ride was smoother than expected. 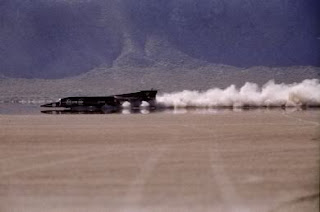 We stayed at a hotel within walking distance to the park which we would learn later was a key to a successful trip. Also note we went before Oriole Park became a hot spot for Sox fans. The baseball trip it was decided was not to go root on the sox but to go and see the other teams and what they had to offer. We make an effort to get to the park early and take it in (sometimes others don't make that effort and are left-more on that in  a later review). We showed up and saw Scott Hatteberg absolutely dominate batting practice just raking balls out and walked around like little kids pointing at the players. Chrissy noticed Pedro and "thought" Pedro noticed  him. Truth of the matter there was a kid with TWO BROKEN ARMS that Pedro was looking at and when he one  hopped a ball on the turf to that kid the deceptively quick Mr. Macphail did his best Bill Russell and swatted the ball back to the field. There was a crowd and this was the only move he had and he executed it perfectly but now the ball was on the field and someone made the executive decision to nudge him over the railing!! Chrissy looks up says "what the fuck" as we all yell get the ball!! He does and gets helped up to hi-fives as the Baltimore police officer comes over and gives a friendly reminder to stay off the field ( much nicer than later encounters with police).  As for the kid with the broken arms " Mikey I probably saved him a broken nose too, no way he catches that" ,  I guess a lesson was learned at the park that day. 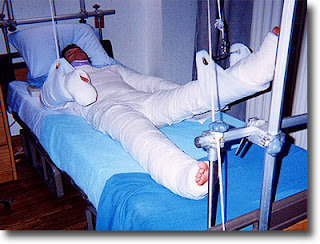 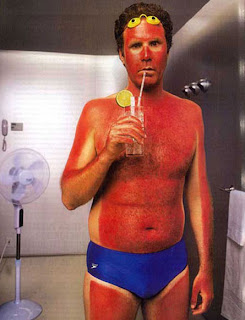 The game itself is always the least of the ballpark trips, though you find out how spacious other parks seats are and how cheap it is to get close to the field. This was also our first experience with parks that bring beers to your seats!! They never knew what hit them like D never knew what hit him as the sun burnt his pasty white skin to a crisp that day! The beer vendor would come to our seats which were about 8 rows from the field and then D would say we'll be ready when you're on your way back up! Needless to say a lot was consumed that day. The other reason for going to stadiums is to check out the surroundings and Oriole Park has a great place called Fells Point its a fanuel hall type place and is pretty cool. Unlike Boston, other cities do not have the no happy hour rule and with our crew that is trouble. We were going in and out of bars seeing who had the best specials Boston needs to lighten up and make this happen especially if the baseball trips are permanently cancelled! A baseball trip reminder especially to William Smiddy when out of town its courteous to visit a gentlemen's club just to experience it so you must be prepared for that, also make sure the group stays together sometimes it gets hectic at these places. Its a must to see all a city has to offer. Just plain rude to not.


If going out of town, seeing some summer baseball and seeing the sights of another city all while drinking and laughing with friends is a good time for you - get Whitley travel back in business!


Next week number 4 on the top 5 is Pittsburgh, who knew they knew how to have a good time there!

If anyone is interested in getting a trip together this year please get in touch with MikeyT or Derek. The new guys always get to pick the place...

Classic trip! I got a kid now but I am back on board starting next year. The memories are too good to pass up.

I'll never live the speed pass thing down!! I have those pics at home from that trip w Tracy too...Don't forget her. Going out in the Inner Harbor was great...so easy to get to. May 2000.....great times. SUSPECT??. I think we did pretty good for the 1st trip. I could go on.

If this is the best you got I think I'll just go to Fenway. Probably the same price with less travel

if you boys make another trip down to camden yards, with the drinks down in fells, you'd better give us a call! ;) and where are the ladies? i won't visit the stadium since it's for you dudes but i'll sure have drinks down at fells. FP is AWESOME.