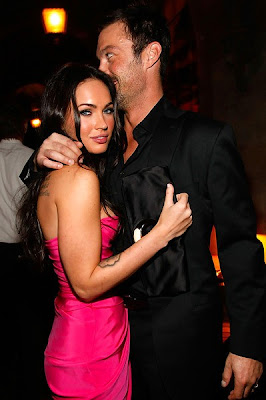 The Transformers beauty has recently reunited with the actor after Fox confirmed the pair had split in June.

But although Green is the actress' first love, their fiery relationship is peppered with arguments.

She tells Rolling Stone magazine, "My temper is ridiculously bad. I've had to say to Brian, 'You have to go and stop talking to me, because I'm going to kill you. I'm going to stab you with something, please leave.' I'd never own a gun for that reason. I wouldn't shoot to kill. But I would shoot him in the leg, for sure."