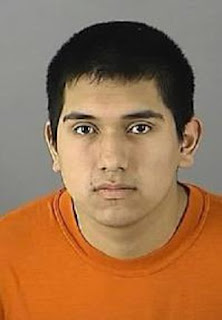 An 18-year-old male student who resides near Milwaukee, WI is accused of perhaps the most bizarre and disturbing instances of social network sexual predation to date. The male, who attends New Berlin Eisenhower High School in New Berlin, which is about 15 miles west of Milwaukee, is accused of using Facebook to lure 31 of his male classmates into providing him with sexually explicit materials, and then blackmailing many of them into having sex with him.Anthony Stancl was charged Wednesday on five counts of child enticement, two counts of second-degree sexual assault of a child, two counts of third-degree sexual assault, possession of child pornography, repeated sexual assault of the same child, and making a bomb threat.According to officials, Mr. Stancl posed as a girl named Kayla or Emily on Facebook. He then lured his classmates, most of whom were underage, into sending nude video and photos to him. He was able to then tempt over 31 of his classmates into sending such pornographic materials.After they sent the files, over half of the male classmates admitted that Mr. Stancl's alter-ego blackmailed them, threatening to release the embarrassing photos or videos if (her) demands were not met. The user threatened to send the photos to the male classmates' friends and post them all over the internet.Mr. Stancl's alter-ego demanded that the boys meet with (her) "male friend" and exchange sex acts with him. The friend, of course, was Mr. Stancl. According to testimony, seven of the victims admit to performing sex acts on Mr. Stancl or having sex acts performed on them by Mr. Stancl. According to the boys, Mr. Stancl took pictures on his cell phone while engaging in these acts.
Linky : http://www.dailytech.com/article.aspx?newsid=14177
Posted by Just1Fig at Friday, February 06, 2009

Chrissy did that back before FB!