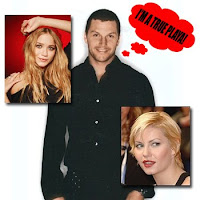 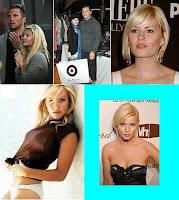 So I’ve been meaning to write about this for the past few weeks but haven’t had the chance to. Can somebody please explain to me why Sean Avery is not playing right now? Every sport needs a villain….players you either hate, or love, or love to hate. Football has T.O…baseball has Bonds and A-Rod….basketball has Kobe. Hockey has a long tradition of having these guys on the ice, you have Dale Hunter, Keith Jones, Matthew Barnaby, Tie Domi….the list goes on and on. What exactly has Avery done to justify the unofficial banishment to the minor leagues? OK…so his name wound up in a madam’s ‘little black book’…so what! And yes he called out his fellow players by accusing them of taking his sloppy seconds….he’s just calling it like he see’s it. Was it ever proven he made fun of Jason Blake after he was diagnosed with cancer? Maybe he went a little over the top when he stood in front of Martin Brodeur waiving his hands like an idiot while on a 2-man advantage power play. The guy was just having a little fun….what’s wrong with that?

The NHL needs to understand that there is no such thing as bad publicity. Every team has players that fit a certain role….you have the star, the enforcer, the grinder, and the pesk. The NHL seems to be going out of its way to get rid of the enforcer and the pesk. Maybe Avery is a jerk and that is why players who play with him or against him hate him….but I’ll watch Avery every time he steps on the ice to see what he is going to do next. This week we’ll take a look at the NY Islanders Ice Breakers…. interestingly enough they have a set of twins on the crew. I don’t think you can ever complain about twins.

too many highlights, not enough ice girls this week....