Its time to start the weekend. This may be a long post so I apologize upfront. 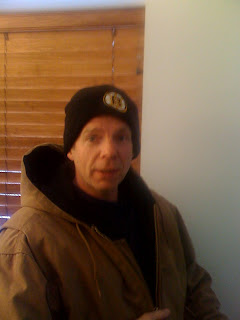 Time for my mid-season Bruins grades. You can argue against my grades if you want but hey I am grading here and you ain't. So suck it.

11 P.J. Axelsson C+ - "Per Johan" is the longest-tenured Bruin. His nickname in Sweden is "Pebben". He is what he is: a hard skater who gives ya 10 goals on the year and kills penalties.
37 Patrice Bergeron C- - "Pusstrice", as some of my friends call him, has not been the same since the hit from Randy Jones last year. He is at best GUN SHY. It is time to put up or shut up.
61 Byron Bitz C - The kid is huge, 6'5. He flies around like a Mac truck. This grade is just average because we haven't seen too much of him at this level.
81 Philip Kessel A- - If not for being a tongue slut, Phil would of gotten an A+. He has really come into his own this year playing with Savvy and Lucic. Claude no matter how much he asks: please do not move Phil to center.
12 Chuck Kobasew C- - Chuck Wagon stop getting injured. That's all I can say about him.
46 David Krejci A - I think when Savvy went down last year Krejci really stepped it up. It carried over to this year. Playing with Wheeler and Ryder helps. Top center in the league.
17 Milan Lucic B- - Started off slow. Then started to heat up. Now is out hurt. Hurry up back
29 Petteri Nokelainen F - He has 1 goal on the year. I am not a fan...FAIL!
73 Michael Ryder B - He is very very streak but does anyone go Top Fatso better?? Playing with Krejci and Wheelers seems to be good for him.
91 Marc Savard A - Playing his best hockey in a Bruins uniform. It will be a sad day when Savvy leaves.
16 Marco Sturm F - Hurt and on the IR for the year. Wasn't doing anything anyways. I hope we can use his salary cap figure and trade for a defenseman.
22 Shawn Thornton B- - Very quick with his hands. Outstanding 4th line winger. Great fighter
26 Blake Wheeler B+ - Former 1st rounder that got away from Phoenix. Great combination of size and speed. Should be considered for the Calder trophy.
18 Stephane Yelle B - What a bargain. $750,000 to play for the year. Is better than P.J and should be re-signed.

33 Zdeno Chara A - Has really stepped up his game this season. I think it's due to Claude letting him loose.
21 Andrew Ference D - Hurt much?
34 Shane Hnidy B- - the Sheriff is up and down. Sometimes he seems like he isn't that interested in the game.
48 Matt Hunwick C+ - Mikey calls him Don Sweeney 2.0. He has really impressed me at times.
45 Mark Stuart B- Strong as an Ox. Doesn't get too high or too low.
44 Aaron Ward C - "Psycho Ward" gets it done. He just gets nicked up a little bit too much.
6 Dennis Wideman B+ - prototypical NEW NHL defenseman. He jumps up into the play and shots on net. I would like to see him on the ice a little bit more.

35 Manny Fernandez B- - When healthy this Spanish Canadian is a top notch goalie. As I said WHEN HEALTHY!
30 Tim Thomas B+ - He is getting his just due. Lets in too many routine goals. Makes too many spectacular saves. Every game there is a highlight save.

Recently sent down to Providence:
60 Vladimir Sobotka D - He is like a 4 AAAA player in baseball. Too good for the top minor team but can't cut it in the major's.
47 Martin St. Pierre C - This grade is reflective of his limited time here. Plus I don't want to bash anyone with a 63" stick.
49 Matt Lashoff F - What do they see in this guy? I mean I wouldn't sign him up for Rio Thursday night mens league.

Coach:
Claude Julien A+ - He always has that sour puss on his face, no matter what the score board reads. But he has taken the B's from 8th place last year to 1st place this year. Tied for the most wins and the most points at the half way point of the season isn't too bad either. Good luck with the all star game Sunday.

Mascot:
Blades B - This grade jumped from a C to a B after the Bruins - ROAR this past Wednesday.


Don't forget Red Sox tickets go on sale tomorrow at 10am for single games to this upcoming season. Good luck with securing them. Try and get tickets to the Marathon Monday game as it is probably the best game to go to all year.
Posted by Unknown at Friday, January 23, 2009

is that guy the new face of the WANNA B's?

man the face of the wanna b's......dude look like he just came back from a bender!! he may be a legit fan from the billy guerin days