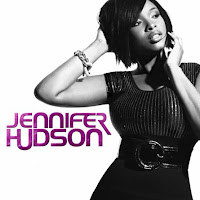 Happy Thursday...And Happy Halloween. 1st I would like to say that I have not watched 90210 yet. I was so involved in those damn vampire books that I have been slacking on watching TV. I can't reiterate it enough to go out and get the Twilight series books! I am going to try to watch it tonight and hopefully have a review of it up tomorrow.
Big entertainment news that had the people in shock around the US was the killing of American Idol Jennifer Hudson's Mother, Brother, and Newphew. This is just so utterly disgusting that such a human could ever do this to anyone. My heart goes out to Jennifer Hudson and her family.
Nancy Grace actually had the accused killers mother on the phone during her show the other day and Nancy flipped out on the woman.
Mother of person of interest 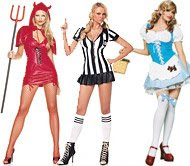 So it is halloween weekend. Every guys fantasy of seeing all the girls slutting it up because it is the one day a year we can! LOL. My friends are actually having a great party this weekend at Coogan's Nov. 1st. It starts at 7pm and goes all night. There are prizes for best costume etc...and there will probably be alot of school girl costumes running around.

Ewww....and I don't know about you, but i am kind of annoyed that they are goign to try to re-make Melrose Place. Obviously 90210 is only doing well because Brenda came back. I honestly think that Kelly Taylor could not bring in the audience that Brenda brings. Now the only way that people would want to watch Melrose Place again is to see the one and only crazy Kimberly Shaw and that is DEFINATELY not goign to happen. There is no way in hell that Marica Cross will do that. I think that the show will be flop.
*****Just in on EW.com 90210 was picked up for a full 24 episodes. So it must be doing well with the ratings....guess I am just an original fan not a new one :)******
Other shows that are on the outs it seems like: Pushing Dasies, Lipstick Jungle, the Ex-List....Shows that are in Danger...so if you like them watch them and get your friends to watch them: Heroes,America's Next Top Model,Prison Break (PLEASE WATCH IT!),Project Runway, and Hell's Kitchen.

Just for Fun....>Punky Brewster renewed her vows over the weekend...Ashton and Demi were there to help her celebrate. Below is a picture of her and her husband and two kids Jagger and Poet. 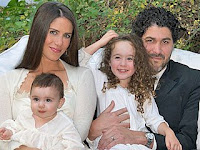 She named her Kids after booze and a form of writer