Lets get right to the awards section this week. 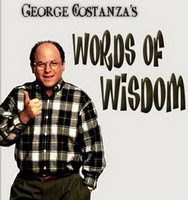 And yes, AWARDS is plural so we may be talking about an additional award. I don’t have to tell you my hand is being forced here by potentially having to add a second award, and I’m not happy about it. But first the Costanza: Not only are the D ST DIRTBALLS fighting to not have the honors of beer bitch next year they may also be in the running for Costanza of the Year Award. But this is not the award we are adding this week, more on that later. DIRTBALLS is ahead of the pack this week when they decided to bench Boldin in place of Colston. This move cost DIRTBALLS 19.5 points, now that by itself is bad but we told you last week that Colston won’t produce until week 10 at the very best. So what does DIRTBALLS do? You know it…they start Colston against our advice. Now if I wasn’t such an optimist (why are you laughing?) I would think DIRTBALLS did this on purpose. Don’t make it personal DIRTBALLS those kind of tactics will always back fire on you. I don’t have to tell you Costanza does not look lightly upon these actions. After DIRTBALLS miscue the pickings are pretty slim this week. Yes, we could go on about JSL Enterprises benching Cotchery for Hines Ward and losing 15 points. On a side note that trade between JSL and Dead Beat Dad really worked out for both teams huh? Or maybe we could talk about Nacho Papa and why he benched the G-Men defense in place of the Titans which cost him 13 points. But the blatant disregard DIRTBALLS showed the Costanza Award this week out weighs any other errors. So DIRTBALLS let’s get this straight, we will let you know when it’s OK to play Colston again. Congratulations DIRTBALLS you are the week 8 Costanza Award winner. I believe that is the second award for you DIRTBALLS, keep up the good work.

Now for our next award. I’m not officially making a second award but I feel we need to mention this. We’ve busted on Defending Champ on several occasions and rightfully so most of the time (other times it’s just fun). But has anyone told Defending Champ it’s OK for your TE to actually score points? That is the goal of Fantasy 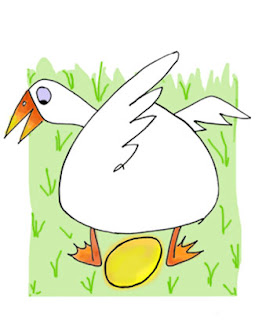 Football right? You know…..to score points. I can understand if you get an injury, or if a player was placed inactive at the last minute……none of which has actually happened. But 0 points 3 weeks in a row? Really? Has this ever happened before? All you need is one reception for 8 yards (Jason Witten I hate you) and you get 0.5 points. Would somebody please trade there back-up TE to Defending Champs, even if it is for a player to be named later. I can’t even make this an official award because I can’t figure out a name for it. Does anybody have any ideas? The Three Amigos? The Three Stooges? Three’s Company? I guess we could make this an award but when will this ever happen again? Maybe we can start a Goose Egg Club and every time a starter gets 0 points you get a free membership. I guess I’m going to give you a pass on this Defending Champ, of course mentioning it here doesn’t really count as giving you a pass…..HAAAA!

Oh yeah, one more thing for you Defending Champ………..

this is what a $100 bill looks like. Go get one and send it to the Commish because you still haven’t paid the entry fee.

Now on to what we are actually here for……the weekly review. It’s week 8 and I have absolutely no idea who’s going to finish in the money and who will be dress shopping. Well I have a good idea on who’s wearing a dress but we will save that for another time. Considering this was a bye week most of the teams had a really good week. I always figured during the bye weeks if you averaged around 100 points per week you were doing OK. But this week we had 6 teams finish over 100 with Street Pharmacist leading the way with 151 points. Pharmacist got a huge 60 points out of the WR position and topped it off with 46.5 points from the Manning/Clark duo. Well done Pharmacist. Slippery Wizard, Madd Fucking Niggerish and D ST DIRTBALLS (despite the Costanza Award) all put up real good weeks with 125.5, 124, and 124 points respectively. I’m always willing to point out a good start or a good benching whenever one occurs. As I mentioned previously I’m a positive person (what the fuck are you laughing at?) so even though they didn’t have a huge week I wanted to point out JSL and the moves they made this week. JSL picked up both Leon Washington and Donnie Avery off the waiver wire, started both and were awarded with a total of 52.5 points. That more than makes up for dud Ward gave you this week. And no Niggerish I am not going to say how great you are for benching Jacobs in favor of Lynch and Portis. It was an obvious move, just like this week you have to sit Portis and start Jacobs and Lynch.

Things I’m Thinking…..
1. Any body ever been to the Naked Fish in Waltham? I hear it’s a swingin’ good time. If anyone has been there I’m sure we would all like to know how it was.

2. Throwing a smoke bomb onto the ice during a hockey game….CHECK! Hitting the grand daughter of the opposing manager with mustard packets during the game….CHECK! Firing a flare across the stadium during an NFL game….CHECK! Pour a beer over a 9 year old wearing the opposite teams jersey…..CHECK! Welcome to the lovely city of Philadelphia! 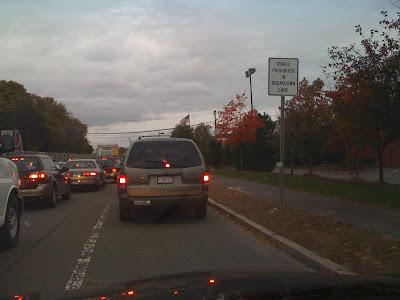 anyone tell me what’s wrong with this picture? ‘TRAVEL PROHIBITED IN BREAKDOWN LANE’………I guess parking in breakdown lane is acceptable if you are stuck in traffic. Boy do I love driving in New England! Trust me when I tell you that this type of thing only happens in New England.


One more thing before we get to Cheerleader of the Week…..You’re welcome Street Pharmacist. I don’t get a thank you e-mail, no text message, not even a cup of coffee for helping you out? When Roddy White blows his ACL don’t come crying to me, I had nothing to do with it you punk.

Cheerleader of the Week
Kimberly Linberger
Washington Redskins
Attended James Madison University, majoring in Business Administration, Computer Information Systems.
Was also a Victoria’s Secret Sales Associate for 3 years.
Dislikes: crowded bars, long drives, and people who hate animals
Likes: Short, slightly overweight bald men who smoke too much and drink coffee all day (YES!!!!!! I am so in there. Actually I would say 'I’m sure I'm 80% in there'). Just kidding just wanted to make sure you are still reading. 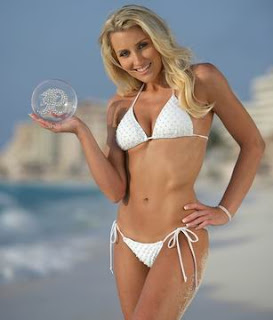 I like the whole BIO on the cheer leaders now