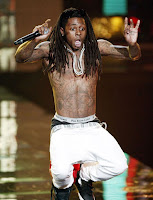 Ok- So I am going to be giving a little update everyweek on the entertainment of the world. Now, first I would like to say that 90210 has been a repeat for the past few weeks and that is why there has not been any posts! It really isn't looking that good because if it was doing well they definately would not be putting on repeats, the CW loves to flaunt there new shows. Lets keep our fingers crossed and hope that it will stay on!

Speaking of the CW...Little Jenny Humphrey, Taylor Momsen, of Gossip Girl was hospitalized with a potentially life threatening throat infection. Thank goodness she is ok! GG wouldn't be the same without lil'J.

Another Lil' needs a congratulations! Lil' Wayne announced that he was having a baby with an unknown woman. I heard that it was a groupie, but that is just hearsay. Anywho, he has a baby boy, Dwayne Carter the III.

Recently I was sucked into the whole Twilight phenomon that is going on.
It is a truly amazing book. You won't put it down once you start it and you definately will want more!! It is basically about a high school girl that falls for a vampire and the adventures that comes with it! The book is becoming a movie that is going to be released on November 25th. I definately reccommend this book and if you would like to read more about it here is the author's website... 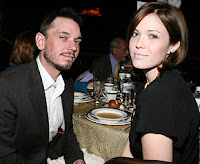 I just saw on usmagazine.com that DJ AM and Mandy Moore are back dating! Yea! they made such a cute couple. Hopefully this time it will last :)
Tomorrow High School Musical Comes out.......... If you want to get your Troy and Gabriella fix
http://disney.go.com/disneypictures/highschoolmusical3/
Til next week.........
Posted by stylegal at Thursday, October 23, 2008