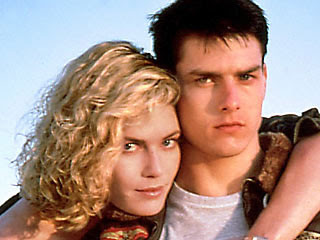 Kelly McGillis is best known for her role in the 1986 film 'Top Gun,' co-starring Tom Cruise.

Tom Cruise's girlfriend in the 1980s hit "Top Gun" confirmed in an interview the longstanding rumor that she's gay.

Kelly McGillis told the Internet show Girl Rock! that she was single, and in the market for a female partner.

"Definitely a woman," she said when asked if she's looking for a man or a woman. "I'm done with the man thing. You need to move on in life."


McGillis, 51, has been married and divorced twice, and has two daughters with her second husband, Fred Tillman.

The actress said coming out as a lesbian was "an ongoing process from the time I was probably 12."

She added that "I had a lot of things happen that convinced me that God was punishing me because I was gay." McGillis was attacked and raped in her apartment in 1982 when she was a young actress working in New York.


The actress also told Girl Rock! that now that her daughters are grown, she's looking to get back into acting, but is having a hard time - because she won't dye her hair!

"Whenever I get an offer, they ask me to dye my hair," the graying star said. "And I just won't."

After hearing this news, every male who has seen TOP GUN just lost their inner boner . They saw this movie for the 1st time during puberty and Kelly has always held a special place in their heart and loins. On the other hand the adult male in all of us just got a renewed tingling in our pants after thinking about her being a lesbian and munching box.
Posted by d at Friday, May 01, 2009