Today is a good day to thank everyone who has ever fought for your freedoms, for your rights, and for YOU to be able to live the American dream... 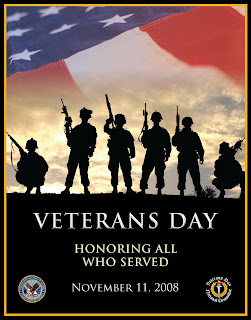 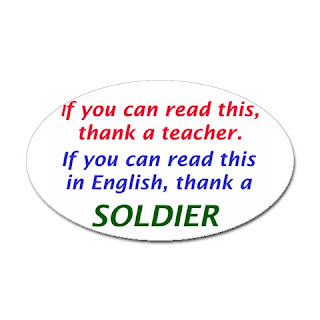 SCHERERVILLE, Ind. – Indiana state police said that after a mother was arrested for drunken driving, the three relatives who came to pick up her 1-year-old son also had all been drinking. A state trooper stopped a minivan for speeding early Saturday on U.S. 30 in Schererville in northwestern Indiana. He arrested the 24-year-old woman on a drunken driving charges.

The boy's father arrived later to pick him up, but officers determined he was intoxicated and also arrested him on a drunken driving charge.

Police said the boy's grandparents then arrived. Both of them also had been drinking, state police said, but the grandmother who was driving was not over the legal limit, so officers escorted them home with the child.

This must of been one hell of a party!! If I were a betting man(which I am), I would say the mother was going to pick up some more beer when she was arrested. Do you think that they all drew straws to see who was going to bail out the drunk mother?
1. Why is she speeding while drunk?
2. Why is she toting a 1 year old around while she is drunk speeding?
3. Who shows up to pick up a drunk driver, WHILE THEY ARE DRUNK??
4. Did the drunk grandparents have to bail out the drunk father too?
5. Man I need more of this type of shit on a Tuesday.
Posted by d at Tuesday, November 11, 2008