So the boys and I went to the Bruins - Canadians game last night. WOW! The Garden was simply ELECTRIC. We sat in Section 8 and we were surrounded by a few too many Canadian fans!! They all were wearing their Kovalev, Higgins, and Koivu shirts/jerseys. One of the Asshat CUNTNADIANS who sat in front of us didn't even have the simple courtesy to take off his hat during the national anthems. I mean at least show some respect, EH? Anyway after 3 fast paced hard hitting periods...The B's won 6-1. Marco Sturm and Stephan Yelle had 2 goals each, Shawn Thornton and Milan Lucic each scored as well. Someone may want to tell Mike Komisarek that he does NOT want to go one on one with LUCIC!!

Here are some game highlights(Lucics fight is at about 5 minutes):


Jackie Edwards put it best - "THE GARDEN IS PACKED AND HOCKEY IS BACK IN BOSTON".


I know the Bruins have a long way to go to getting some back page notoriety again but this game is THE START. A HUGE ASS WHOOPING START. The Celtics were an afterthought until last years 17th championship.

The bandwagon is filling up and filling up fast. I have conferred with my peeps, well Welchie and Mikey T, and we are all in agreement - YOU have until November 27th, yup that's right THANKSGIVING DAY to get on this rolling train. If you think we should extend the bandwagon cut off date leave me a comment. Now get off your asses and support these guys. 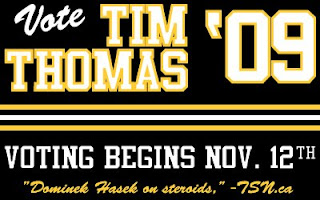 Have you really thought about this? Are you honestly asking me to join the bandwagon? The same guy that had a 25 year sports drought snapped right after I left town.

COUTURE GOT A BEATING ALMOST AS BAD AS THE CANADIANS