Here is the shotgun race at Buffett...still have never lost a shotgun race - though Mac was close. Look at FrankBrowns reaction to losing!!

So Buffet was well, BUFFETT! If you have never been then I suggest you get your ass there next year. Lots of drinking. Lots of ladies showing breast - MOTHER/DAUGHTER TITTYS on the Huge Ice Luge. Lots of laughs. People go all out for it...building bars, bringing sand, there was a disco club. Its pretty much insane. Washer toss was the bomb, Thanks Smiddy for letting us borrow it. Mike and Chrissy are currently the champs and will take on all challenges.
The rain held off until the start of the show, which was really good.

Went down to Coops on Saturday for the fights. It may be time for Chuck Lidell to retire. He GOT KNOCKED THE FUCK OUT.

The Pats started their season yesterday and Brady's knee got wrecked. Lets see how many people jump off the bandwagon.

Because its Monday here is Nicole from the Pussy Cat Dolls... 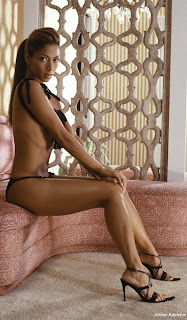