*editors note- the author of this blog has been receiving alot of flack for not remembering certain events on the baseball trip. Further proof that one must experience a trip to get all the info. Also some parts are purposely left out to protect people from legal ramifications and such. 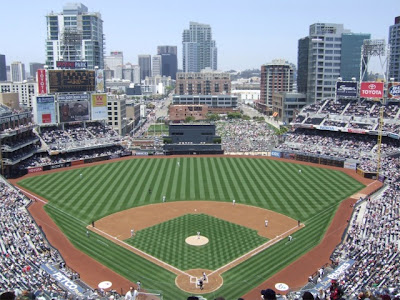 The third best baseball park trip brings us to the west siiiiiiiiiiiiiiiiiiide. Petco Park in lovely San Diego. I'm not a huge fan of flying, so going to the west coast is always an ordeal with me but that being said the weather is great and the people are very good to Boston guys. Seems alot of them are either from Boston, love the "accents" or love the Red Sox even if they are in a San Diego Padres shirt- dress.  We stayed at a hotel through a friends hookup and it was by the water and upgraded but wasn't as close to the park or downtown as the crew likes to be.

But we were ON VACATION so we made it work quite nicely with the extensive use of cabs.  We also has some intel from original baseball trip member Nickerson who is "loosely" based out of Cali. Don't pardon the pun it was put in there  for Chrissy (LOOSELY HA). The trip didn't include him but that's whats good about a baseball trip just plug in the players and its still fantastic!!
The hotel not being near the park didn't deter us but it was also not near the San Diego zoo. Whitley travels owner LOVES himself a good zoo so this was a must and off we went!! The cab ride seemed long and I was thinking we were getting tooken but I was excited for the zoo so I let it be. We arrived at the zoo and right off the bat you could tell this was no Stone Zoo ( Susie C if you read this blog I didn't forget you yelling at me there, nice chaperone) the place was huge complete with a Gondola to get you across the park. The place has it all!! We had to use the Gondola to get across and I'm not going to lie the members of my Gondola didn't trust the thing and there wasn't much talking, just white knuckle gripping of the rails as we made it across. Jeffrey and D however were snapping pictures spinning around and yelling, I'm assuming they had a better Gondola and not the faulty one I was on cuz there's no way it could've been we were scared shitless, no way no how.  We explored all the zoo had to offer and it was tremendous! Polar bears are bad ass, rhinos are big mofos and monkeys are dirty dirty animals. Jeffrey was able to snap a photo of them engaging in intercourse people were covering their kids eyes and he wasn't deterred like a Asian tourist snapping away!!  Not sure that happens everyday at the San Diego Zoo so don't be mad at me if you go there to see that and it doesn't happen, Foley that is aimed at you, sick bastard. We grabbed some mementos from this beautiful park. Jeffrey got a gorilla hoodie which is awesome I still have my monkey straw from the root beer float and D got himself some magnets. All in all it is the best Zoo by far that I have ever seen and it was a perfect day. I think the price was a little steep but we were there for quite some time taking it in, I checked with the baseball trip statistician and this was the longest time period other than sleeping that no one in the crew had an alcoholic beverage. Proud or Sad I'm not sure which but don't judge us. We went out that night to a bar called Moondoggies it was pretty cool and met alot of people most important was a dude named Jimmy who told us he'd "make us VIP" at a friends new bar by Petco. Who doesn't like VIP in another state? So we were off  to Petco. 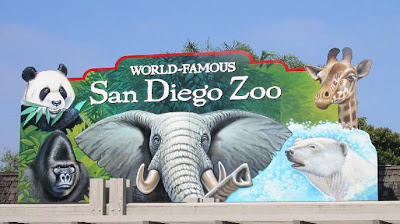 We head down to the stadium early to get a good feel of the place and before heading in we stop by the spot that Jimmy said he had us as VIP, I didn't believe the guy, but he was legit. We stop in to see him for a few drinks and we head out with this advice " take it easy guys I need you fresh for tonight" Wrong crowd to say that to, we play by our own rules and in a stadium where they give you ice cold beers in aluminum bottles- well no guarantees. We get to the park and we are on the left field line about 6 rows up. Beautiful stadium and in front of us are two young kids " YOU"RE A BUM" is what one of em kept yelling as he told us the Red Sox are his team!  We were well received by the Petco faithful complete with pictures with their ball girls!! ( Smid truth be told you snuck in on our picture)!. They also have ushers similar to at the Bs and C's games that dont let you go to your seat while the games in play. I know the rules but there weren't people in our section so I was just trying to get down there and was stopped! This led to me getting a lecture but then getting the Padres service appreciation pin off an usher!! I'd imagine its a big deal for ushers to earn one but either she felt bad for me for begging or this was my lucky day!! My favorite keepsake of any trip ever sorry Pittsburgh!! I even sent a letter to the Padres organization, hope she got another one! 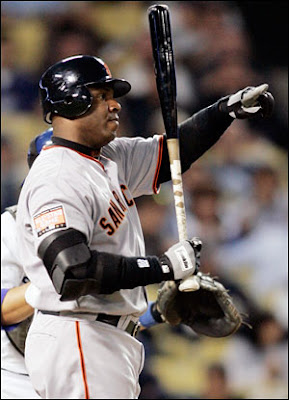 Our seats were in left field and the Padres were playing the Giants and that led to Jeffrey yelling  encouraging words at Barry Bonds! It was classic Jeffrey. Padres single to right field Jeffrey yelling to Barry in LF " NOT YOU'RE FAULT BARRY NOT YOU'RE FAULT, WE LOVE YOU BARRY!" I'm pretty sure Barry glanced over out of fear but Jeffrey was sure it was out of respect.
The Padres fans didn't seem to mind and it was a great time had by all. Nice clean comfortable park, I'd recommend it. The game ended and we headed out to be VIP. In fairness I did just get the appreciation pin so there was alot of celebrating inside the park for me so I wasn't as "fresh" as I was told to be but the Smiddawg was!! Never fall in love on the baseball trip, this came out way before Ronnie and the Jersey Shore but Smiddawg was smitten with some to this day call "the hottest girl in San Diego". I have pictures that are only shared on trips but I will tell you she was in a San Diego Padres shirt-dress!! We spent some time VIP'ing and then we bounced around; I met some kid who was real good friends with Alicia growing up (apparently that's Pink's real name) and he could call her if I wanted to talk to her? Uhhhm relax bro did you see this Padres service appreciation pin I got? Yeah check yo self maybe lil Pinkie should call me. We also met Smeagle or some old lady bartender that looked like Smeagle from Lord of the Rings! D was yelling Smeagle to her FACE and I think her and I were the only ones not laughing? I've never seen Lord of the Rings, guess she had! hahaha funny stuff. 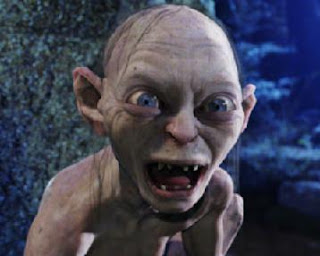 The trip in San Diego also included a seal outside of our hotel in the water that I tried to convince D to let me take it home but the seal never made it back with us but tons of laughs, memories and suprisingly even Smid who vowed to move there.. This trip was a huge success with  things I may have forgot or chose to leave out!! It was tough to leave it out of the top 2 but ................Firmly slotted at number 2 is CHICAGO
Posted by d at Tuesday, April 05, 2011

I've been in Cali for 5 yrs now & nothing is loose about that.
Ps. I partied with you guys that night.

I was there too, why dont you mention I was there? what about me?

Hey there! I just wanted to ask if you ever have any issues with hackers?
My last blog (wordpress) was hacked and I ended up losing several weeks of hard work due to no data backup.
Do you have any solutions to protect against hackers?