...and the winner is

The number one park we visited SO FAR is Pac Bell Park in San Francisco!! ( its actually at&t park now) from the time we got off the plane this trip was bound to be epic! 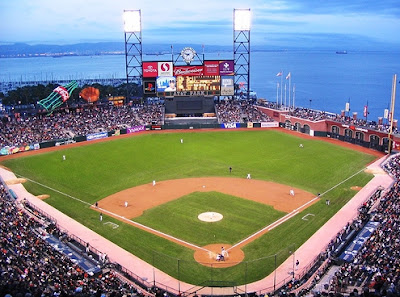 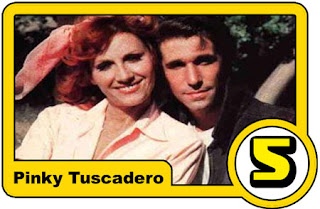 We were on the first flight across the country post 9/11 and I wasn't scared in the least partly because we had Big L and Brighty (now better known as dj brighto) in tow for this one. We even rented a caravan! I also almost killed the whole crew driving the caravan and was told I couldn't drive anymore, apparently they are longer than I thought and almost got t-boned, oh well it happens! Brighty was in charge of the hotel and it was PINK. We called it the pinky tuscadaro hotel the whole time, lets just say this place made the haunted hotel in Chicago look good.
San Fran is a great city with tons of stuff to see and we saw it all. Rode the trolley car, checked out their Chinatown area and even went to Alcatraz. 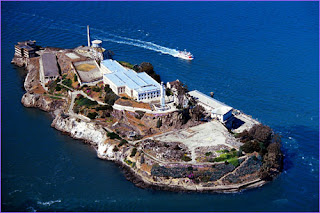 Full on tourist mode! The weather was great and we  had seats in the reserved level which it took us awhile to find as the ushers kept telling us to go to some other section. Guess they didn't think we were VIP which of course we were. We sat in left field and the sun was straight on us prompting Big L to put on a Jeff Kent type get up and the guy behind us giving him some sunblock for his pasty white-ness. We also witnessed a Bonds hr as he was on his way to become the HR king. The park was spacious and beautiful with the water behind it. They also have a smaller replica park for kids to play in and I'm pretty sure Chrissy heckled the kids in there! On the way over we saw a couple old timers who told us " you have to have the garlic fries" probably the best advice ever. They are absolutely awesome!! The park and the game was great! One member of the crew did get threatened with violence due to remark by some sensitive gentlemen."all fun and games till ...."   Don't ask don't tell is all I'll say.  After a full day at the park and of boozing we decide to roll into a restaurant called The House of Prime RIb. 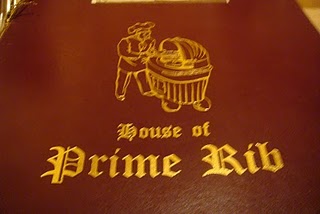 The place was pretty fancy and had only cuts of Prime Rib on the menu!! I was pumped!! I don't think they were ready to be entertained by this band  fresh from the ball game charged up Bostonians so we waited a bit and decided the wait was too long and left. I however felt we needed a memento!! Who would believe the menu only has prime rib on it? NO ONE!! So with the help of D I was going to get one! Mind you they have the huge laminated type that open up it wasn't going to be an easy task! Derek quickly solves that by shoving it down my back!! I was a little tipsy as we all were but I could see the menu sticking out over my collar and said " D I think we need to push it down, I look like I got a neck brace like Brian Cox used to wear" He pats me on my back says no bud just walk out like nothings wrong!! We made it out with a few stares but I'm pretty sure no one wanted to deal with this crew so away we go! ( sadly due to circumstances beyond my control the menu, a book and a pic of the crew at Alcatraz never made it home) We continued on to see more of lovely San Fran. 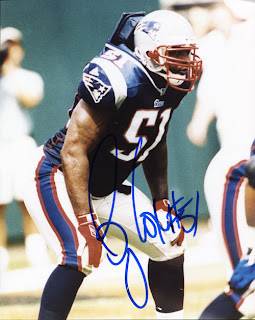 *EDITORS NOTE- The following story has several versions I will tell you one mans* As we were heading to hit some bars we were at a MAJOR intersection, if there weren't 12 lanes it was close. Big L wasn't paying attention and I told him lets go as I attempt to push the big guy out of harms way a local street tough sweeps my leg sending me, my menu and my sneakers all over the road!! Luckily Big L returned the favor and in one swoop grabbed me by my belt loop and my shoe in the other hand and carried me across the street! The local street tough is lucky we never crossed paths on the trip.
There are tons of homeless in San Fran and we had several interactions with them. We had bought beers for the room and never got around to drinking them so we decided to donate them. Yup driving through the streets calling the homeless over and giving out cold beers!! Some of the homeless probably still look for that caravan!  One dude tried to get in the door and met a Big L paw to the chest!! We also took in a 49ers game while out there and paid huge money to sit on the roof, as in right by the sun!!  We were so high up it looked like a pee wee football game! The scalper we bought the tickets from could have been the smelliest human being ever, the caravan stunk even after the game! The people of San Fran were laid back I'm pretty sure someone had an "encounter" with a Chicago Blackhawk's wife. Full story disclosed next baseball trip! I could write for days on this trip but the last story I will tell is of taking a trip to a gentleman's club and one of the members of the crew having his money taking by the entertainment! This unfortunate incident led to doors being kicked words being exchanged and a long walk home thru the homeless. I am sure that the homeless didn't deserve the words that were being hurled at them but there was anger and lots of it over losing 200 plus dollars. The longer we walked the more homeless got insulted and I turned around to see a posse of homeless, it looked like the Michael Jackson Thriller video!! 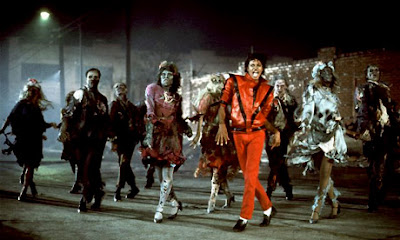 Brighty looks at me and Chrissy and says lets fight them?! Chrissy replies I'm not much of a fighter but Im ready . Now there's like 20 of them yelling and screaming cooler heads prevailed and we just jogged out of harms way. All and all it was the best baseball trip filled with tons of laughter and THE REASON WE LIFT ALL THOSE WEIGHTS! K, maybe I just like saying that but it is the reason we all get together once a year and experience the fun that is the baseball trip!!
If you haven't been on one and even if you have- Lets make it happen! Milwaukee anyone? Kansas City? anywhere I'm in!! Start saving people and make it happen.
Posted by d at Tuesday, April 26, 2011