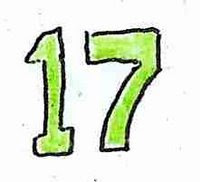 Week 17 is finally here and nothing has been decided yet. The battle for the dress is still close; Defending Champs have finally climbed out of the basement and lead Smidawgs by 9 points. 9 POINTS!!!! It looks like Dead Beat Dad, Street Pharmacist, and Sflabo will finish in the top 3 spots but in what order may not be known until the Sunday Night game is completed.

So let’s take a closer look at the match-ups in the fight over who wears a dress to next years draft. DAWGS appears to be in decent shape since most of their starters are in must win situations except for Reggie Wayne and Bo Scaife. Scaife is no big loss but Wayne’s situation will need to be monitored since Indy always rests there starters at the end of the season. What will DAWGS do? Should he start Moore or Walter in place of Wayne? Will DAWGS do what he should have done 10 weeks ago and go find another TE? These are critical decisions that WILL determine who is going dress shopping. Next up is CHAMPS……not only are they trying to avoid wearing a dress but nobody wants to go from first to worst. CHAMPS is also in decent shape but will need to monitor the status of Maurice Jones-Drew (banged up knee), Jonathan Stewart (head/neck injury), and Anthony Gonzalez. As we mentioned previously Indy likes to rest there starters but they have to play a WR so it could mean Gonzalez goes into week 17 as the #1 starter…..of course that’s with Sorgi throwing that ball and he SUCKS! Who’s it gonna be kids? DAWGS or CHAMPS? Who’s gonna finish last and start raiding mommas closet for a dress that fits? 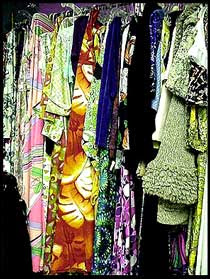 For those battling it out for the money positions every decision could cost you positions which means it will cost you $$$$$$. PHARMACIST could be without Manning and Clark for the last week of the season which means they need to lean on Trent Edwards and Kevin Boss (if he plays). PHARMACIST will also need to figure out what to do at the RB position and which of his 3 stud WR’s to play. Marshall, Welker, and White are all in must win situations so the decision could come down to match-ups and weather. Better do some research PHARMACIST if you want to come in first. DEAD BEAT is next and enters the last week of the season with a 36 point lead. DEAD BEAT will more than likely be without Warner and Fitzy which could mean big trouble. It will come down to a game-day decision on whether to start Warner/Leinart or Tavaris Jackson. The TE position could also be a problem since Witten banged up his knee and may be pulled early depending on the scores of the early games. FLABO appears to be in the best shape of the top 3 with some players in must win games and other players that have been out of the playoffs for a while but have continued to put up good fantasy numbers.

Things I’m Thinking…….
1. I don’t want to hear about anybody leaving early this Sunday. It’s one day out of the year…..we are not asking too much to hang out for the 1:00 and 4:00 games. So if you need to get permission from your significant other get on it now. SMIDDY: In your case just ask Momma Smiddy for permission. 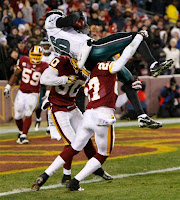 2. Thank You Eagles! At least you had the decency to screw it up in Week 16 so I could enjoy myself on the last week of the regular season. THANK YOU VERY FREAKIN’ MUCH!!!!!! It makes complete sense to me that you would only hand off the ball to Westbrook 12 times the entire game. I totally understand why you dropped those TD passes DeSean Jackson! It doesn’t bother me one little bit that you came up 2 inches short Reggie Brown! I’m honestly not upset that you were able to ‘control your own destiny’ for a grand total of 3 hours on Sunday. Honestly….I’m not mad….I’M REALLY NOT MAD!!!!!!! 1…2…3…4…5…6…7…8…9…10…..in with the good air and out with the bad air…deep breathes. Go to your happy place………endless coffee and cigarettes on a deserted island with Direct TV NFL package. Ok I’m a little better now.
3. Ok Mr. Scott Boras…the SOX see your $186 million and raise you a ‘we aren’t negotiating any more.’ Show us what you got kid.
4. In case we needed a reminder…..the hockey on Saturday only solidified the fact none of us are 23 years old anymore. Except for PHARMACIST whose performance made him look like he was 46 years old even though he IS 23.
5. I’m gonna beat this horse until he can’t run anymore. Watched the Pats game and the Seahawks game this weekend and both played during snow storms. In each game I saw snowballs flying on the field while the game was being played. Not once did I hear the announcers say a word about it. Now if that were Philly they would spend the whole game talking about it and bad mouthing us Philly fans. I guess you need to throw snowballs at Santa before it becomes a story. Grrrrrrrrrr 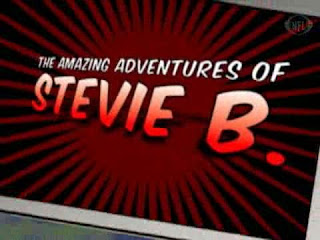 It may seem ridiculous but I think the most excited I’ve been this year was around 8:30 on Sunday night. It dawned on me that we finally went a week where everyone’s starters scored at least one point. I mean it’s about damn time I didn’t have to talk about people being SMIDGY’d. IT WAS A DAMN JOKE PEOPLE!!!!! I had the text written congratulating everyone on going a week without a SMIDGY. Well, everyone except FLABO and D St Dirtballs since their wives won’t let them get text messages. Anyway……I figured it would be best to double check the scores to make sure before I sent it along. It was at this point I came across Steve ‘Not the Beast’ Breaston getting 0.5 points. Ugggghhhhhh……you freaking ruined my night JSL Enterprises. Why would you play an Arizona (I emphasize Arizona) Cardinal in a snow storm. I mean only the luckiest, pain in the ass, big mouthed, vertically challenged prick on the planet would play an Arizona wide receiver in a snow storm and still manage fantasy points. I thought you knew better than that kid…….I guess I was wrong. For that you have been officially SMIDGY’D!


Now for the grand finale…….and we are beyond excited. The Costanza Award! Usually we list the contenders and maybe add a little twist to the weekly award winner…….but not this week. We have ourselves an acceptance speech people! Granted we had a couple of worthy candidates; including DAWGS with his weekly roster carousel at the TE position and always picking the wrong one, PHARMACIST making the wrongt call at RB, FLABO guessing wrong on both of his RB spots, Nacho Papa not playing ‘What You Talkin’ bout’ Willis. But this weeks hands down winner is Madd Fucking Niggerish……and with that we turn the stage over……..

Thank you, thank you, thank you; You are far too kind…
First of all I would like to thank Philip Rivers for being a cum stain! Where was this all season long? All of a sudden he decides to play with urgency? DOUCHE BAG!!! 287 yards and 4 TDS?? Not only are you ruining my fantasy season, you are throwing to Gates and costing me MO MONEY MO MONEY MO MONEY. Now I must start him the last week of the season IN A MUST WIN, against Denver, for the AFC west.
Secondly, I would like to Brandon Jacobs and Tom Coughlin. Going into the game Jacobs had a “bad knee” and was listed as “questionable” yet he gets 86 yards and 3tds? How bad is your fucking knee that you are the goal line back?? OBVIOUSLY NOT REALLY THAT BAD – CUNTS. Hey Coughlin I think you are running out of rouge for your rosie red cheeks, you 89 year old grandma looking fuckface!
Thirdly, I would like to thank the ugliest man in the NFL, Marshawn Lynch. 39 Yards and a TD against the 27th ranked run defense in the NATIONAL FOOTBALL LEAGUE!! Twenty fucking seventh and you get 39 yards on 11 carries?? I am willing to bet my fat ass can get more than that!!
Fourth, I would like to thank you - Jim Zorn. I HATE YOU ZORN…HATE HATE HATE HATE HATE YOU! You have Clinton Portis AND THAT’S IT, SCUM BAG! I don’t care if you have to run the ball 50 times! RUN LEFT, RUN RIGHT, RUN UP THE MIDDLE, PITCH LEFT, PITCH RIGHT, DRAW! I don’t care if you yell to the defense what play you are running – just run the damn ball.
Fifthly, FUCK YOU D’ANGELO WILLIAMS!! That sums up my feelings on him.
Lastly, I would like to thank the entire ADSL League. It’s been a while since I received this award and I am honored to be a two time award winner. Thirteen weeks between awards and I have had plenty of time to prepare for my speech. SUCK IT DEFENDING CHAMPS & SMIDAWGS!

Now that was an acceptance speech! A thank you to the Costanza Girls would have been nice but it was still a great speech. Now that you got that all off you chest, don’t you feel better Niggerish? I don’t know about the rest of you but I feel better just reading that. The combination of anger and disgust mixed into one speech. PERFECT!

Now the line-up for next week: Try to get the weekly review done on Monday night and maybe we can get some acceptance speeches for 3rd place on Tuesday, 9th place (beer bitch) on Wednesday, 2nd place on Thursday, and a combo 1st place and 10th place on Friday. Of course that all depends on if people write an acceptance speech…..no writey…..no posty!

If people want to write them...I'll post them. It would be great if everyone could write their 'season in review'. We could post 2 a day.