Thank you from the Boston Bruins

Don't want to talk about it

I am not speaking about last nights Bruin let down. I will congratulate them on a fine shortened season. They far exceeded my expectations.

This is what I learned this weekend:
1. Pig Roast(I couldnt get it the correct way):

2. Big shout out and Happy 30th to Rachael Macphail Talieri.
3. Bouncy houses with hoses on the slides are all the rage now a days.
4. Buying 4 30 packs in one day and not getting drunk SUCKS.
5. Mark Welch will be moving in 20 days.
6. Jason Foley has a 1 bedroom apartment in Quincy if anyone is interested.
7. Supah P is growing this out till next Mustache pub crawl: 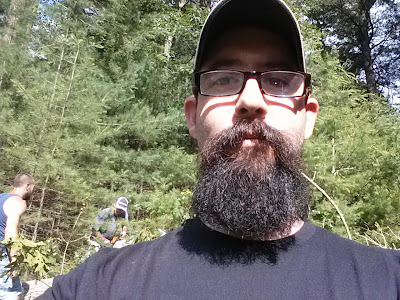 8. Since no one has come up with a name or money for Chrissy second child he is thinking Dalton, boy or girl. Dalton Macphail
9. Do you know anyone who has been struck by lightning? Albie is deathly afraid. HAD TO LEAVE THE BAR AFRAID!
10. Even the HG TV ladies love themselves some Towelman: 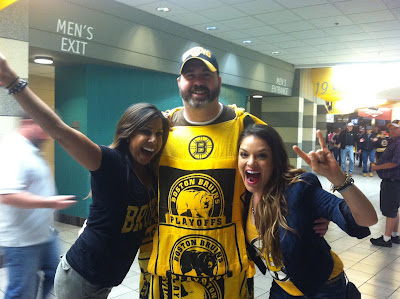 11. BK now delivers in Boston?
12. What are the rules/etiquette when you bring beers to a party? You leave what you bring, right? Or do you leave WITH what you bring?
13. I have witnessed the terrible 2's first hand at a 2 year old bday party Saturday.
14. Did Puma stop selling their sneakers in stores? Couldn't find a pair to save my life.
15. The Cheeseboy grilled cheeses are just glorified paninis.(his mac and cheese is good though).
16. The Chiefdude is getting his pinball wizard tattoo covered up starting Thursday.
17. How pissed would you be if some drunk(Chrissy) spilled a beer all over your head trying to get a foul ball?
18. Nora Mitchell is looking to get into Triathlons. Anyone interested in joining her?
19. Saw Kalin at the Plaza, she is crazy as ever.
20. How come we have not been to Twin Rivers now that they have live gambling?
21. Im digging on this new Instagram video.
22. Crumb the new cupcake store at the Plaza is the SHIT!
23. Nora has added her name to the Bruins season ticket list. If she gets those she will have Celtics, Patriots and Bruins season tickets.
24. I think my head is too large for sun glasses.
25. Don't forget I am having a cookout on July 6th. All are welcome. see ya there.

Red Sox season is in full swing and Football season starts in 72 days.

I have decided to hold off posting things I learned until tomorrow. The Bruins have a huge game 6 tonight and I figure there will be plenty of things for me to add.

BIG SHOUT OUT TO THE CHIPMAN FAMILY. THE PIG ROAST WAS A FUCKING BLAST AS ALWAYS - BIGGER AND BETTER THIS YEAR!
Posted by d at Monday, June 24, 2013 No comments:

Summer will be here Friday

This is going to be a bad bad week for me and my liver. Bruins game tonight, Both games of the Sox double header tomorrow, Bruins game on Wednesday, The Chipman family pig roast and watching the Bruins game Saturday.  I may need to detox on Sunday.

This is what I learned this weekend:
1. If white chicks are gonna put their cleavage out there and its SUPER GHOST WHITE then that is called Game of Throne titties.
2. Joe Martell loves the new chicken sandwiches from Dunkin Donuts.
3. Chrissy has started getting some much needed OT down at Coke.
4. Foxwoods is offering me 2 free tickets to the Counting Crows and the Wall Flowers. You guys know the Crows are my shit.
5. The new Superman movie is fucking awesome.
6. It is embarrassing that I can not give away a $100 ticket to go to the Sox game tomorrow night.
7. Building a trellis for cucumbers is not all that difficult.
8. Never ever ever get on a roof when its above 60 degrees. I burned the palm of both my hands!
9. US Flags are more expensive than I thought.
10. There is no easy/fast way to stop a dogs tongue from bleeding.
11. Mario has a friend who is giving up a husky, if anyone is interested.
12. Why is it so god damn hard to find a packie that sells Miller High Life Light?
13. Just a reminder I am having a cookout July 6th.
14. Back Seat Lover has broken up. While devastating news, I guess some members are uniting with some members of Itchy Fish and they are putting a new band together.
15. How come you fools didn't tell me about www.dotrat.com ?
16. What does one buy a 2 year old boy for his birthday? Any help would be appreciated.
17. I can't believe CBS already wants their money for fantasy football for next season. ITS GOD DAMN JUNE. (don't worry though I re-signed)
18. How soon till the "Yipee Paille Mother Fucker" shirts are being printed
19. Are Tank tops in or out this year?
20. Word With Friends has sucked since its last few upgrades. It freezes and takes forever to play one game. I HATE YOU RIGHT NOW WWF!

I tried all day yesterday to update this blog but no luck. Seems like IT was putting the kibosh on it. Well after some digging around... LOOK AT ME NOW! You can slow me down but ya can't hold me down.

This is what I learned this weekend:
1. The Bruins band wagoneers didn't show up until this Penguins series, and I think that was just to gloat if the B's lost.
2. You ever try to do some fancy dance moves in an elevator? Feels weird, kinda like when you jump in one.
3. Congrats to Mike and Kate on their bouncy baby boy.
4. I am indifferent to the whole Pats signing Tebow but I can not wait till everyone who hated the move are all of a sudden pumped IF he does well. BUNCHA HYPOCRITES.
5. Uncle Ronnie is banging out Jeffreys second floor addition at a record pace.
6. Jeb has a 65 lb pig for the roast. June 22nd can not come fast enough.
7. Joe Q and TK are like the 2 old guys in the muppets.
8. Jeff was like a kid at a candy store at the Bs game.
9. Building an outdoor water fountain for the dogs was not that hard.
10. This year is fucking flying by.
11. People are pissed about this whole Duxbury beach fiasco.
12. How much would you pay to name Chrissys new baby?
13. When will this fucking weather make up its mind? Hot, cold, hot, hot, hot, cold, cold, hot, rain, rain, rain, more god damn rain. What about some warm days mother nature?
14. Should I be offended when my wife tells me I all of a sudden look skinny?
15. Cajun chicken broccoli and ziti from Blasis is the shit.
16. I will probably flip out on you of you try and give me a boiled hot dog.
17. Oh and pretty much if you say anything you are going to offend anyone.
18. Is it just me or does Toucher and Rich seem to have more and longer commercial breaks in the 6 O'clock hour?
19. I don't care who you are getting tweeted at or retweeted by the Boston Media feels pretty good.
20. Don't forget the Bruins playoff tickets are going on sale at noon today.
21. Breyers makes a Samoa girl scout cookie ice cream. It is fucking awesome.

Hopefully next Monday we will all be feeling good with these Stanley Cup Finals.
Posted by d at Tuesday, June 11, 2013 No comments: 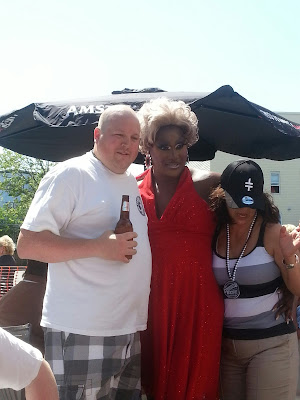