As of right now it is still only Chrissy and I heading down to Providence for his 39th birthday this Saturday.  Lots of maybes, probably nots and I will tries.

This is what I learned this weekend:
1. Fucking wedding season is in full swing. It is hard finding a wedding card.
2. I am seeing everyone going apple picking but yet I am not seeing apple pies or apple crumbles yet. What the fuck.
3. Is it crazy that I am already making plans for the Kentucky Derby in 2018?
4. Speaking of plans, heading down the Cape again next July.
5. Congrats to the Chiefdude on his new job.
6. It appears that angry Calnan has gone off the grid. Haven't heard or seen the kid in god knows how long.
7. Hopefully everyone had a great time at the Kubie Krawl. I am told it was a blast per usual.
8. Root beer schnapps is still going strong.
9. Who hates mustard? I mean how is that even a thing?
10. White sangria quickly changes to a pinkish red color when you start adding fruit.
11. Speaking of fruit, fucking pomegranates aren't worth the effort.
12. I saw Christmas stuff out at the store and I almost lost my shit. It is not even October 1st, we haven't even had Halloween yet.
13. Have you ever wanted to use a spoon to rip your eye out when it just keeps twitching, yeah me either (wink wink)?
14. Is it racial if someone says "hey I like your haircut it makes you look like a Mohican"?
15. Has anyone heard from Little Jay? Yeah me either.
16. I watched Designated Survivor on Wednesday and it was pretty good. Hope it stays that way. If you haven't watched it I highly recommend it.
17. Luke Cage starts on Netflix this Friday so I know what I will be doing in my spare time this weekend...binge watching that motherfucker.
18. Guess who is going to a best man at his brothers wedding? This guy. (Lets hope he opts for suits over tuxedos - everyone knows my feelings on rented clothing).
19. Anyone interested on Ortiz last home game this Sunday at Fenway? Mikey T is selling his tickets, hit him up.
20. If you call and leave me a voicemail just know I am not going to listen to it and will delete it ASAP just to get the icon off my phone.


Some people hated it and thought I was being too negative (we have Calnan for that). Some people liked it because A. they like lists and B. they like bonus shit. So I am going to do a bonus round of things I am currently hating on the last Monday of the month. This way I'm not always negative and it can be a recap of the month - deal? See compromise at its best

September bonus - Things I hated this month:
1. Most people are not political but now all of a sudden Kapernick takes a knee and everyone flips out.
2. Pumpkin everything. I mean Pumpkin Pringles may be over the line.
3. People who are disrespectful when you talk to them but they want something from you. Pretty  sure you should treat people as you want to be treated.
4. The cold air bringing dry skin.
5.  It being pitch black outside when I leave for work.
6.  God damn vet bills.
7. How fast I was excited for fantasy football and now I hate my team and it.
8. The conversation to put down a pet.
9. Fucking Solar city and every other god damn solar company calling me to switch to solar energy.
10. Twitter changing their god damn AP every other day. No I don't give a shit about things while I was away or people I may want to follow. Let me be damn it.

Yeah this week summer is officially over. To be honest with you guys, I can not for the life of me figure out this fucking weather anyways. But I know that Fall starts on Thursday and thats that!

This is what I learned this weekend:
1. No one is as excited as I am for the Magnificent Seven.
2. Have you gotten your Kubie Krawl shirt yet?
3. How many of you get annoyed when I don't post till late on Mondays?
4. Had to replace all my smoke/CO2 detectors in my god damn house.
5. Ever have Sunday night Redsox/Yanks tickets that no one wants to go to and you cant even give the pair a way? Oh yeah me either.
6. Rumor has it HKD has some nibbles on his place and few video interviews up here went well. Maybe he will be back before the end of 2016.
7. The food truck festival was a blast. Pretty sure I got a buzz on, a full belly and a sun burn. Win all day. If you missed it, or are just NORTH SHORE for Life, There is one coming to Stoneham October 15th.
8. Chrissy may be addicted to Buffalo Wild Wings. Kids there like 3 times a week.
9. You get so much gossip at the barber shop.
10. So far there is Derek and Chrissy going out in Providence Oct 1st. Whole lot of maybes and I think so's. Still waiting on Leadens answer.
11. Beef stew or chili?
12. Is anyone else sick of the Rock yet?

Alright gotta go do some things. Till next week.
Posted by d at Monday, September 19, 2016 5 comments:

Football is back and life couldn't be better.


This is what I learned this weekend:
1. Portland Maine is a pretty sweet place to get away too. Lots of breweries, tap houses and restaurants.
2. People were hemming and hawing about the Patriots and no Brady, no Gronk and they chalked it up as a loss this week against the Cards. Now everyone saying I knew they would win is absolute dog shit.
3. I had a few of the Dunkins cold brews and can't  tell the difference.
4. Who is going to meet me at Quincy food truck festival Saturday?
5. If that is not your cup of tea, head down to Hull for Endless Summer.   Coach K will probably be kissing babies and shaking hands.
6. I know I have bashed BWW on numerous occasions but you have to be batshit insane to eat the Blazin sauce. Just ask Colin.
7. Another year and I am out of the suicide pool in week 1. Pretty sure this is my last year running it.
8. Heard there is a road trip to the Poconos being planned for October. Chrissy is recruiting people to partay with.
9. How good is it that fantasy football is back. Jeffrey is killing the Draftkings. He has weekly head to heads so if you are interested hit em up.
10. Why does it seem that twitter changes their ap every damn week.
11. Oh man Mario and Big Bob are dumping their Bruins tickets after this season.
12. What is more annoying - texting someone and not hearing back for 2 days or when someone borrows something and never returns it?
13. Matt and Meggers are taking name suggestions for their baby girl due in February...Apparently they don't like my suggestion of Peggy.
14. They can take shepherds pie off every menu ever.
15. If you get way up there in Maine stop by Dew Haven because it isn't every day you can feed a black bear.
16. The World Cup of hockey starts Saturday, man what a time to be alive.
17. I can't believe that Tupac Shakur died 20 years ago today. Everyone knows that when it comes to the Tupac vs Biggie debate I am Tupac every single day.
18. I don't really understand the whole leaf peeping. I mean I love fall, its my favorite season but driving around looking at changing colors of trees aint my jam. Give me football, apple pie, brisk mornings, lazy couch naps, apple picking and i'll even take a hay ride but fuck that leaf peeping.
19. Has anyone heard from Riccio? I was thinking about a trip to the Wickendon pub, perhaps for Christians Bday. Who is in?
20. I hate how long cell phone batteries last now. When I had this phone the fucking battery would last a week, no matter how much I texted or played snake: 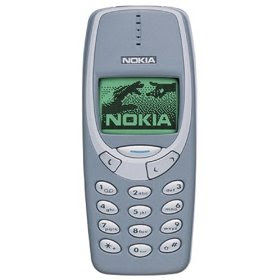 21. If the RedSox are in a pennant race and no one is watching does it really happen?
22. I wonder how Hong Kong Daves house sale is going? Haven't heard from him since August!
23. If you are looking for a Kubie Krawl shirt see Calnan or Phelps.
24. It appears as though TMX went out of business. I have tried to contact them but all I get is a busy signal. I know there was some on going litigation with the TMX boxing  academy. Lets hope they come back and perhaps re-branded.

Ok, I am sorry I forgot to post  yesterday. Got caught up reading all my emails from vacation and then when I finally remembered it was late in the day so I said fuck it.
#TuesdaySurprise

Tuesdays after Labor day have to be the worst Tuesdays of the year, am I right?

This is what I learned this weekend:
1. It is never easy putting down your pet. RIP Shinobi you had a good 14 year run.
2. Blu Mussel in Cohasset is pretty damn good.
3. What exactly is Jesse James up to? Is he making knives and being a blacksmith?
4. Anything better than a nice round of golf on a Sunday afternoon? Free Golf?
5. Thanks Google for constantly creeping on my whereabouts.
6. Pandora One is where its at.
7. You would think that in 2016  cell phone batteries wouldnt be exploding and they would last a bit longer.
8. The NFL season kicks off on Thursday, where are we meeting up?
9. Jeffrey is finally getting around to redoing his downstairs bathroom.
10. If you don't like root beer floats, I don't know if we can be friends.
11. Being afraid to fart is one of the worst feelings in the world. Having to be near a bathroom for 2 days is a close second.
12. Chris Leaden is looking for a Pearl Jam road trip next year - so far Wrigley field is the top choice, any suggestions?
13. Rumor has it Chrissy is up for father of the year.
14. Finally caught Straight Outta Compton. N.W.A. is still fucking awesome.
15. No more white pants, right Padraig?
16. With everyone always being busy and living everywhere, catching up with family is always a blast.
17. Chrissy is still looking for some left calf tattoo ideas.
18. If anyone is interested in joining the suicide pool, HMU and i'll add you.