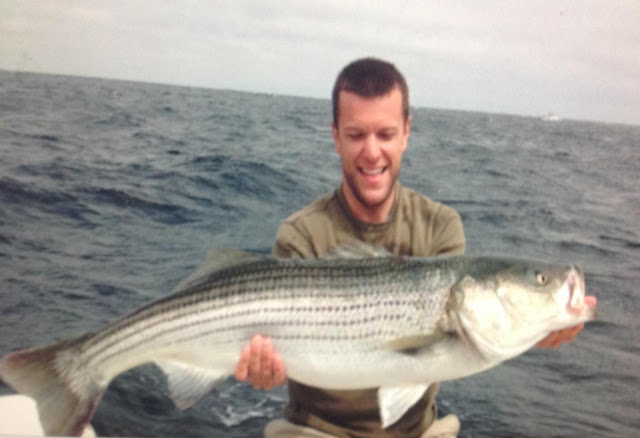 Chip Doesn't Care What You Think.... 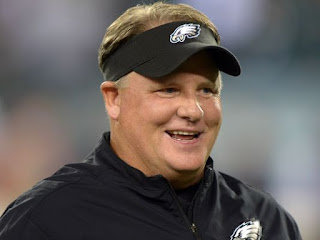 Alright, let's deal with the 500lb Elephant in the Room.
The Eagles are probably winning the Super Bowl if not atleast taking the NFC.
And it has completely everything to do with Chip Kelly. You know that guy Pats Fans love to hate? Which is funny considering his closeness with Belichick.
You know that guy that brought spread into the NFL and made it work. You know the coach that belts plays out at break neck speed. Whose play calling system is the most mimicked across all levels of the sport.
I've been Team Chip since his UNH days in the early 2000s as an OC. And since then one thing he has always been is exciting. And that's why I don't get the Chip Kelly hate. Does he do things differently? Absolutely.  But a few years ago if you said to any NFL fan "Hey the Eagles are going to start cranking out plays in 20 seconds or less in a college esque spread offense AND it's going to work".  They'd reply "your crazy man". And that right there is what makes Chip so dam interesting the fact that hes always trying things differently.
In the mid 2000's when it first came out Chip blares music at practices to emulate crowd noise and to get played to focus on non verbal communication. Everyone called him a weirdo. Now, EVERYONE does it. NFL practices shorter because guess what Chip runs shorter practices.
Has he won a super bowl? No. Will he? No clue. But Chip has already changed the game. Any surprise he's now tanked the 3rd most influential person in the NFL (sports illustrated)? Not really if you consider one fact that all the Kelly haters refuse to deal with. Chip Kelly ISNT afraid to fail and further doesn't care what you think.
Let that marinate. Chip basically gutted the Eagles this offseason (goodbye Maclin, Mathis and Shady) and before that didn't even blink when Confirmed (sorta) Gang Member Desean Jackson began running his mouth. He's signed Tebow, Bradford and Kiko Alonso. All potentially dangerous moves. And you know what he just doesn't care what you think. Chip is gonna do what Chip wants to create a culture he wants.
So if you like football. Ya know the game? Not just the winning and hats and duck boats. I'd keep an eye on them birds because they are doing something.
PS: Belichick is gonna retire maybe not next season but when he does id bet the house Chip Kelly is the next coach. Football guy from NH with the Kraft hooks already in him. Name a better storyline?
PPS: if your not fascinated/ borderline aroused by Tebow potentially playing again in the NFL in a run friendly offense. Then you don't have a pulse.
Posted by ChiefBlogRuinner at Monday, July 20, 2015 2 comments:

Ok boys and girls, I am sorry that it is so late in the day but work is busy as fuck - 93 degrees and 72 % humidity will do that.

This is what I learned this weekend:
1. Heard the Foo Fighters show was awesome and one of the best shows ever.
2. Family drama is for the birds.
3. Eddie Regan got a clean bill of health and is currently cancer free.
4. Mario is huge into getting pedicures but don't insist on a manicure.
5. This golf course in Scotland is something nice!
6. I heard that Hi-Fi Pizza is no more.
7. Chrissy is having swimming lessons down in Pembroke.
8. Speaking of Chrissy he knows lots of stuff about french chemists...not really sure why but yeah its his thing.
9. Is there anything worse than ripping your favorite boxer shorts.
10. Jeffrey may be giving up his Wednesday golf league and just go out every week golfing. He is looking for some mofo's.
11. Is Donald Trump helping himself or hurting himself with his views?
12. Calnan has a fan in one Julie Nickerson, so there is that.
13. If you only buy a 12 pack of beers because you want to not get too drunk but they are 16 oz, is that ok?
14.  Seems like everyone is off the Red Sox again this week.
15. Some blue cheeses are just straight up nasty (don't even get me started with the dressings).
16. Of course I saw Ant Man the day it came out. Funny fucking movie man.

Obviously the kid is back!!

This is what I learned while I was away:
1. People really hate Calnan's posts. So much so that I get more texts about his negativity and his attitude than I do about my lack of posts. (How could you hate this face?) 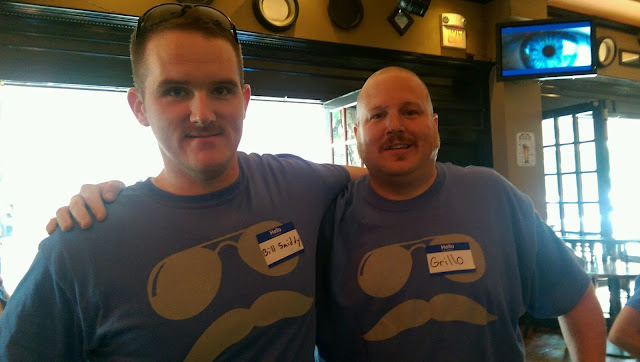 2. Congrats to the Phelps clan on the addition of a healthy baby boy!
3. I hope that you all wished CVG a happy birthday yesterday.
4. Nothing quite like your brother smoking cigars, drinking and loving life in the hot tub. 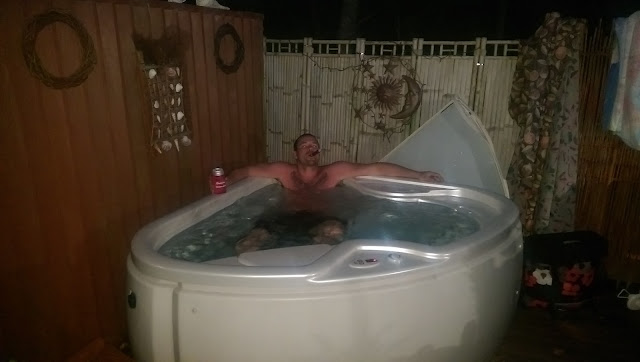 5. July 3rd, 4th and 5th where like a whirl wind and kind of all blend together.
6. Tried my first oyster ever and let me tell ya, not that bad.
7. I think that the Cape is bomb.com
8. Nothing is worse than fucking heartburn.
9. Does it make you old when you are drinking with you co workers kids?
10. Best 3 burgers I had on the cape:
1. The Knack
2. The Red Nun
3. The Black Sheep Bah and Grill
11. Nothing quite like your pay check being wrong in back to back weeks...whomp whomp whomp.
12. My battery on my phone lasts at the most 5 hours before it is dead, part of the blame lies in all these god damn group texts.
13. Is there anything worse than waking up on a Monday and knowing you have to do something every single day?
14. It is totally normal for someone to ask you to have a party at your house, correct?
15. Jason Foley is looking to get rid of his pool table of you guys know anyone?
16. How do people live without any live television? I mean you can only watch Netflix, Hulu and shit on your Rokku for so long.
17. I hate traffic more than anything else in the world. Like it infuriates me to no end.
18. Mario Longs bachelor party is August 7-9th. If you are interested in going let me know via the text or email.
19. BBQ's without sides are just not the same.
20. I see people are talking about the Red Sox again, only 6 1/2 back.