I have always heard the saying that as you get older the years move by faster but fuck me, this year is flying by. Its like two weeks ago we were all bitching about snow, then last week we were looking forward to the July 4th cookouts and now its like damn the summer is half over.

This is what I learned over the past weekend:
1. I can not comprehend working the over night shift as a regular shift. It is just not normal.
2. How long do you think you could unplug from social media - Twitter, Face book, Instagram and all the others? I say you cant last a week.
3. The food sucks at Beer works.
4. Mike G is alive and kicking.  He made a rare Massachusetts appearance on Saturday night.
5. Congrats to the Chiefdude on his official divorce.
6. Has anyone heard from Julie Nickerson? I hope she is okay. Its been a while and I know Chrissy gets sentimental about the girl who gave him his 1st hand job.
7. I love how everyone wants to go to New Orleans but no one will  commit. Whatever I am going even if I have to go solo.
8. It seems like there hasn't been any really good movies to come out this year.
9. You know you have really bad handwriting when you can't read your own even though you just wrote something down.
10. How come some people have issues with personal space? Like I dont need you invading my personal area when I am on the computer or the phone or am just talking to you in general.
11. Thoughts on your friend having a joint co-ed bachelor/bachelorette party? If you are in the wedding can you refuse?
12. What is the deal with poison ivy? Like can some people touch it and not break out or what?
13. It takes sunlight an average of 8 minutes and 20 seconds to travel from the Sun to the Earth.
14. Man Nanaca crash is on the android. I used to love playing that game for hours back in the day.

That is all I have for now. If you see my brother Ryan Friday wish him a happy 29th birthday.

If this story doesn't hug at your heart strings you are basically an asshole. #Cancersucks

This is what I learned this weekend:
1. I may be getting too old for a 3 day bender.
2. Chrissy and Calnan may know too much about WWE movies.
3. Just bring your baby to the bar - no big deal: 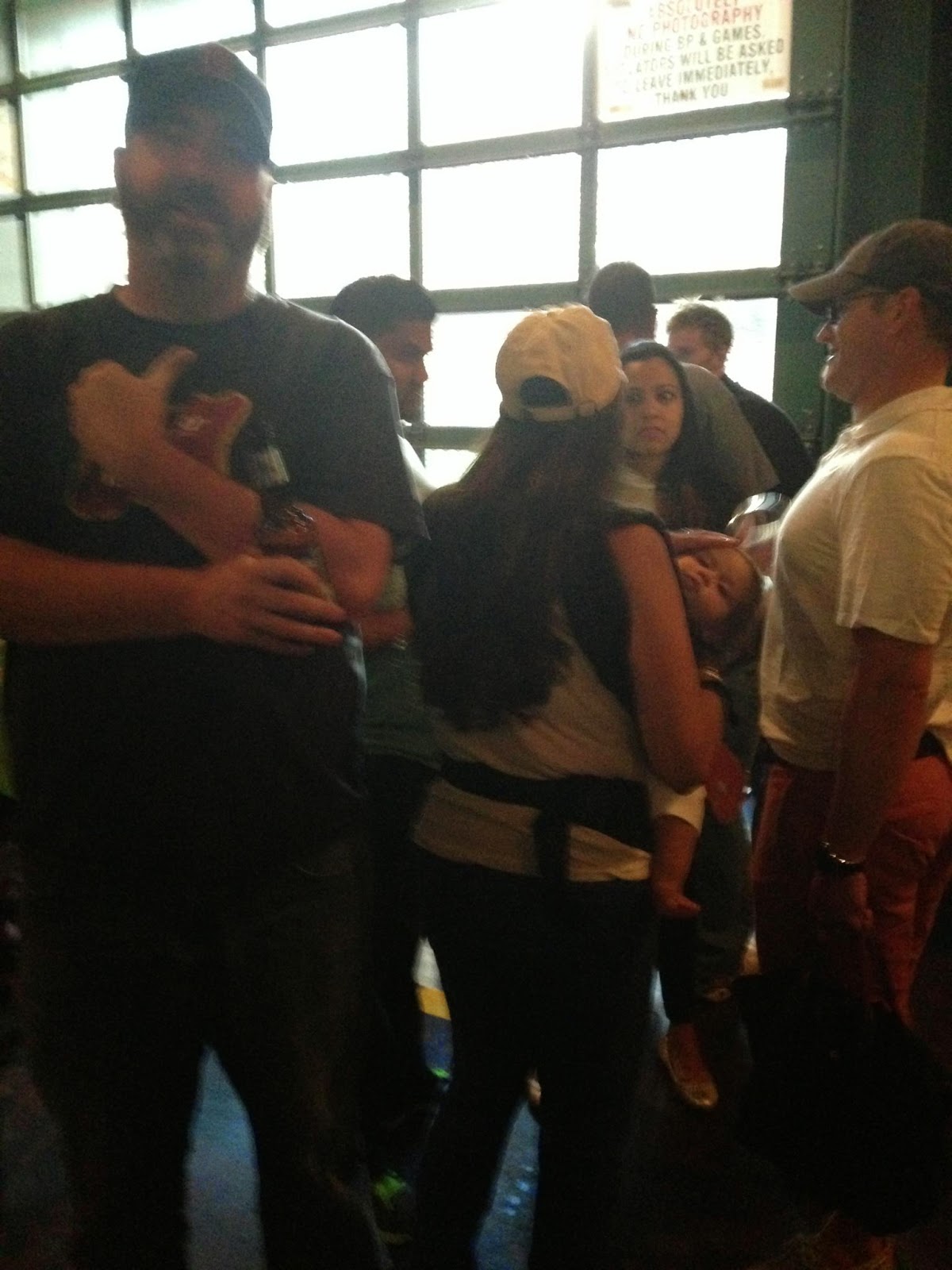 4. Its always fun to meet random people from other states who just come to Boston to get wrecked. Always!
5. Hey TK I met the Sacred Heart University wrestling coach. He loves to booze. You would of been proud.
6. Some days it is better to be the lion than it is to be the lamb.
7. I have no idea or clue why my face is so dry in the summer.
8. Friday night Redsox games on the Monster are where its at.
9. Would you rather a vacation house on a lake in NH or a beach house down the Cape?
10. Fantasy football draft order is done. Now we just gotta figure out a venue to check out Welchies hot dress.
11. Chrissy hates tank tops but loves sleeveless muscle shirts.
12. I still really dont understand Snapchat.
13. Apparently, Jaydisco has teabagged Phil Mickelsons golf shoes before. Let that sink in.
14. New Orleans is booked. October 30th - November 3rd. Come on down.
15. What are the rules on planting things at a grave site. If you plant something are you responsible for upkeep on it?
16. There are so many different words for vagina and dick that its quite amazing.
17. Anyone up for a house painting party? The exterior. Beers and Pizza if you help or cash if you do it solo.
18. Jogging with 2 dogs while hung over is probably not one of my very best ideas this year. Dry heave city baby!!

Thats it for now.

I am back from vacation and fully refreshed, so lets bang out a black jack sized list - 21 mother fuckers!


This is what I learned while I was away:
1. Steven Whitley purchased his 1st 30 pack of his life. Back when he was drinking you could only get a case.
2. I guess today is National socialization day. I socialize every day.
3. The dating game is tough now a days. I think I would totally dominate the Match scene.
4. Congrats to Mike " Flounder" Foley on his job down in North Carolina. The things we do for our kids.
5. Fucking Matt Talieri, all that cross fit has me hood winked. Kid swan dove over this pool for $30( I laid next to the pool to show how long it was). 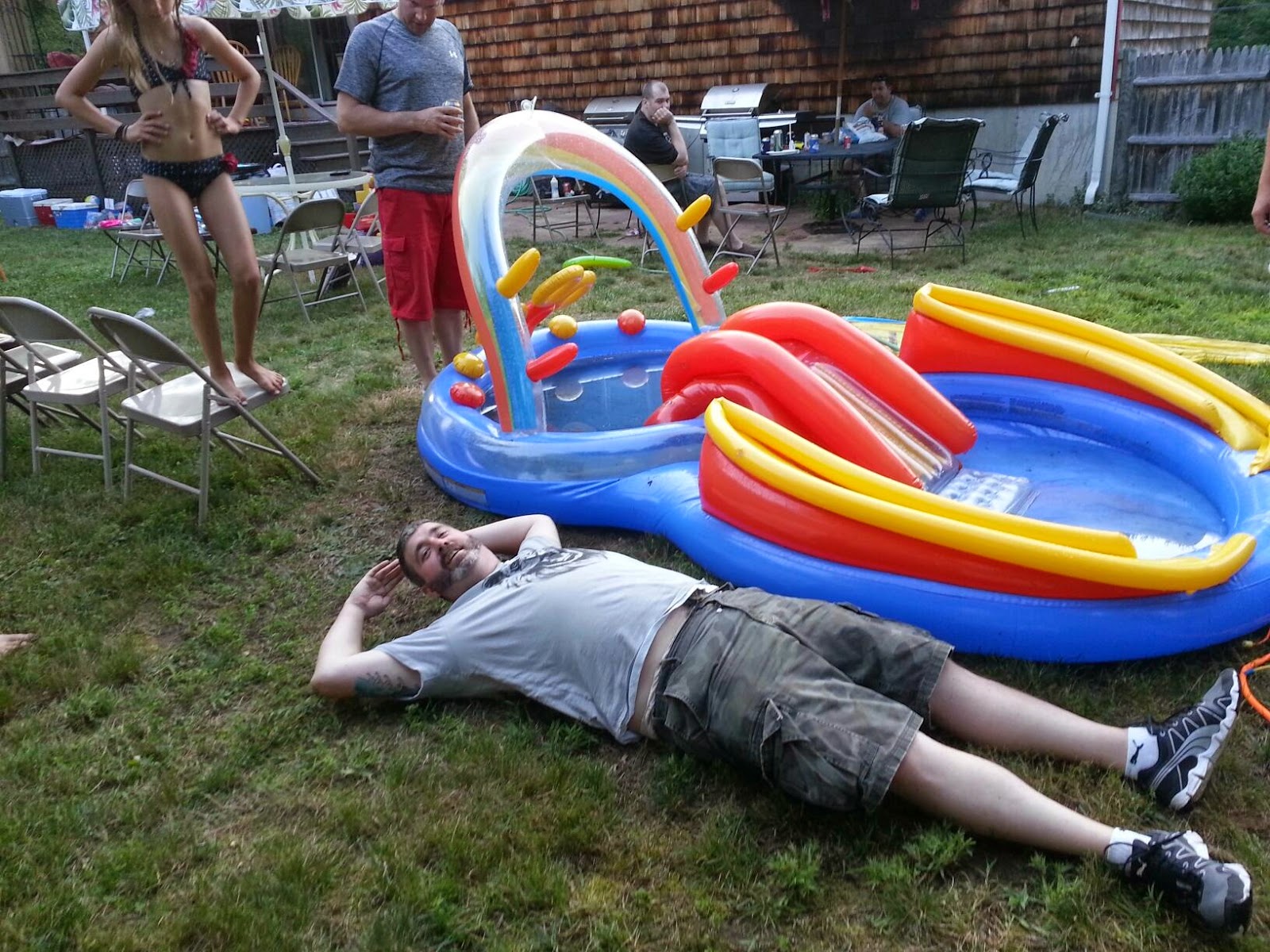 6. Hendu still gets to lay the pipe!
7. They are killing off comic book Archie? He will be getting shot taking a bullet for his gay best friend.
8. Have you seen Pawnography? Pretty sure you can dominate it.
9. Chrissy says he can go to New Orleans, Chrissys wife says other wise.
10. The Silent Funneler's bachelor party is in Atlantic City in September, did you get your invite?
11. It is always great to get a new cell phone.
12. Padraig "Mr North Shore" Calnan has been summering down in Sandwich. He says the Cape is not the south shore.
13. I am not the only person who wakes up with random bruises, right?
14. Has anyone heard from CVG? Chrissy is very worried about him.
15. Dealing with family drama is always fun. AND I MEAN ALWAYS!
16. Calnan how is operation bring back hand jobs coming along? Its been months.
17. Do people really get upset when they don't get mentions on the blog?
18. It is pretty early but people are already bullshit talking about fantasy football, come on Rob!
19. Do not try the southwest steak burrito from Dunks. NASTY!
20. The Southewick Zoo is legit. Lots to do with little children.
21. Iggles is moving, where no one knows but rumor has it he is leaving Mass.


As always I am sure I forgot way more than remembered.