These dudes live for and love a good dive bar. 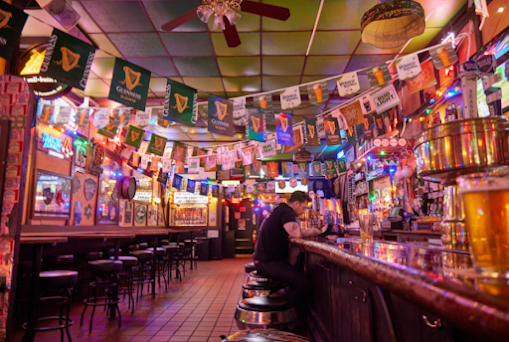 I found out this weekend that there are some people who hate the term Merry Merry!

SO fuck them and MERRY MERRY!

2. The XM channel 104 HOLLY is the better of the Xmas music on there.

3. Hit Chrissy up on any Friday and he will be down for any man date.

5. Its totally normal to invite your Uber driver into the bar, right Mike?

6. Lots of debates at the Celtics games on who to build around - Tatum or Brown.

7. The DCU is getting a full reboot. How do you feel about that?

8. I am geared up for the Georgia game next Saturday and the Bruins winter classic.

9. Puppy is a week out and still don't have a name.

10. Can you settle a debate - isn't Maggianos just a high priced Olive Garden?

11. I have not watched Elf this Xmas season and that is a bit disheartening.

12. Don't try giving me a brioche bun for a burger. Keep that trash bread to yourself.

Posted by Drunknothings at Tuesday, December 20, 2022 No comments:

Hopefully you fools are working on your New Years resolutions.

1. People are not being very festive this year. Actually they are all in a grumpy mood.

2. I look forward to Ozzies Xmas card every year.

3. I mean does Michael Buble' own Xmas music or what?

5. I see that we are short on mall Santas - how long would it take me to grow out a santa beard?

7. I have not had much Bolognese sauce but man when its good it hits.

8. Boots are too heavy for Chrissys flat feet(Or so he says).

9. I hate the Eagles. I HATE all their music. Just in case you have all forgotten.

10. I watched Santa Claus is Coming to Town this weekend and they removed the whole middle part, where he gives out gifts for kids sitting on his lap.

12. Its crazy how you forget some of the most mundane things from your past.

Week 13 was a bloodbath with injuries to several big name players. Lamar Jackson went out, Jimmy G is done for the season, Super rookie Kenny Walker got a "ankle jam" , Aaron Jones hurt his shin, Courtland Sutton hammy dancing, Treylon Burks is concussed and Jaylen couldn't Waddle as he was in and out of the lineup! Somewhere old friend Mark Welch is smiling. There are SIX teams on bye this week and the trade deadline is looming ( 12/12) its now or never for teams to make there move to the top ( HK Street Pharmacist this doesn't include you as you clinched first place two weeks ago.) Lets take a look at week 13.

First place this week was surging Prebathtubwhitney with 161. Prebathtub had everyone scoring in double digits with St. Brown leading the team with 34 points. Herbert got the late game 300 yard bonus while Ekler had a rare off week. Prebathtubwhitney is making a push to secure that second spot. 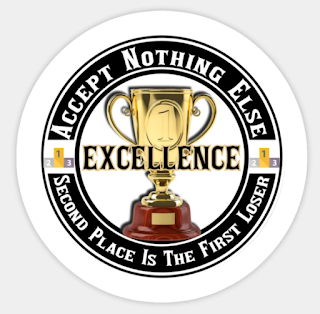 2nd place this week  was Doom and Gloom with 147. Hurts continues to put up MVP numbers going for 45 this week. Waiver add Perine looked good and Pacheco has taken over in KC as the lead back. D & G is gonna have to decide if Swifty has earned their trust and how to get Scary Terry back in the lineup but thinks are looking up in Doom and Gloom land. 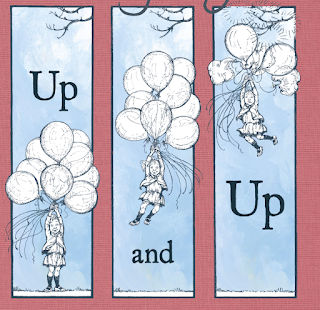 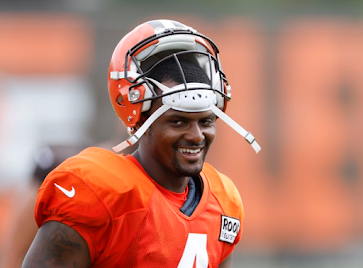 4th place this week was Burrow My dicker in your ass with 129. Burrow was led by Mr Burrows himself who outdueled Mahomes and put up 34. Davante Adams continues to produce this week putting up 38. Adams now has 4 games with multiple tds!! Burrow got a 0 from Pickens (May want to throw him the fucking ball), it might be time to get DJ or Olave more run OR ask for the tight end passing yards bonus if they are going to keep going two tight end set. Hill did have 21 passing yards!

5th place this week was Hong Kong Street Pharmacist with 116. HK Street Pharmacist just keep cruising along. Lamar goes down after dropping 1 point? No problem Jacobs and Cowboys d come through with 51 points oh and Gould drops 15 to make up for Mandrews off day. Google destiny and there's probably a picture of one of the HK owners in a crossfit steam room and the other in a fantasy football war room, but both celebrating a championship.

6th place this week was Flyingdingoes with 102. God Brady salvaged the week with a Monday night miracle and the hottest WR around Mr Watson put up 2 more tds! Dingoes finally got Keenan Allen back and Dulcich looks like the only positive in Denver! Slayton looks like he should be in the market for more run as he is Danny Dimes go to guy. 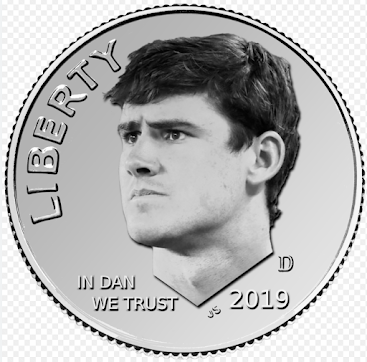 7th place this week is Moco Loco with 97. Moco had an off week from Josh Allen ( 20pts) Slim Reaper did show up with 23 and Chase was back but only had 13 while Waddle was in  and out of the lineup resulting in 1 point. Edwards and Kamara combined for 5 points so its either Bam Knight time or hit the often broken down trade machine for help. 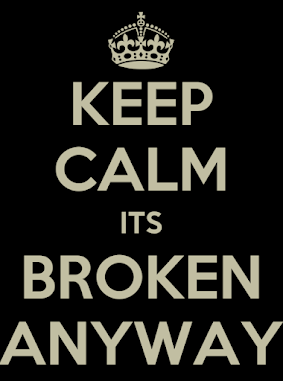 8th place this week was Charlies Angels with 97. Charlies was led by AJ Brown who put up 32 in a revenge game but Tua had a rare off game despite a fast start and Kenny Walker got injured and could only put up 3 points. Knox did Charlies no favors as he dropped a goose egg. The Angels are going to have to hope Purdy is able to use Ayiuk or Deebo going forward or Hollywood Brown gets hot to offset Walker if he in fact has to miss time! Nothings clinched but first so there is still time to crawl out of that basement. 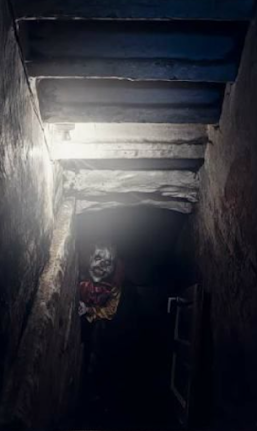 9th place this week was Silly Gooses with 93. Gooses lost Jimmy G early with a broken ankle but 58 points from Hill and Lockett kept them afloat. Wilson, Kittle and Aaron Jones COMBINED for 10 points! Luckily Murray and Dhop are back next week for some Monday night action after a long layoff. 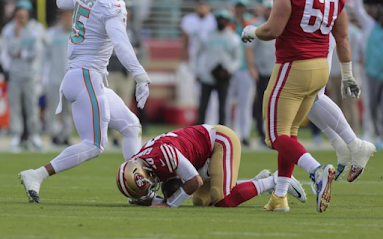 10th this week was Equalizers with 91. Equalizers got and off week from Mahomes ( 21) but Drake London seems to be coming around and Mariotta may be heading to the bench. Pittman let the team down with 2 points but Equalizers are still firmly in the mix to finish in the money.  Little fun fact before we make some calls. Quick check of this weeks tight end stats vs KICKER stats . Only tight ends out scored the kickers ( T.Hill wasn't counted went with Kelce)  Engram had to score 11 to out point Joseph and Dulcich was able to outscore games best kicker Tucker 11-4. Kickers matter crowd out here peacocking and shouting get rid of the tight end position. Wild times indeed.

First call this week is rookie wr Drake London. Hi Drake whats up its TMX " Oooh TMX I've heard of you! Whats good?  This is such an honor" Honor is ours I mean it must be tough being top wr taken and catching balls from Mariotta? Having seen someonemissfire as much as that guy since Peter Brady fired one off Marcias nose! " ah come on he's not that bad but yeah its been a rough year and i'm just out here trying to make plays" Well rook so far so good  hopefully you get more looks if Mariotta gets benched coming out the bye. " Oh man I'm  not hoping anyone gets benched but  I know Equalizers are counting on me so lets see what happens, take care TMX, oh and OH MY NOSE.  Get it hahahahah. "  Yeah stick to catching balls TMX will handle the jokes Drake. The next call this week is to backup extraordinaire Tony Pollard. Hey Tony is TMX " Yoooooooo TMX what is going on? How you guys doing? Glad youre back" Everything is good here you are having some season. 11 tds and average 17 fantasy points and not even a starter. " Oh man, I prepare like a starter and I'm just out there trying to win games"  Well you are outproducing Zeke right now and with a smash spot next week vs Houston that looks like its going to continue TMX is sure Prebathtubwhitney is excited " yeah I'm excited too for them and myself. I heard first place is clinched but they have a shot at the money so lets ride this thing out" Sounds good! Good luck TP.   Lets check the standing

We are in the homestretch with one last bye week and trade deadline coming up 12/12. Its do or die for teams at the bottom trying to stay out of beer bitch/ wear a dress and the teams up top trying to make the leap into the money spots. Lets hope for less injuries this week and as always folan.com for everything.

Posted by Drunknothings at Tuesday, December 06, 2022 No comments:

Its Christmas season and I have yet to hear Marshmallow world but I have heard Mariah Carey 10000278 times.

2. Great turn out for the QFD vs BFD hockey game fund raiser yesterday - if you went to the rink, Liberty Tavern or back to the Hoffy.

3. Heard beer is going up 17% and alcohol 23% thanks to the cost of the ingredients to make it going up during this recession.

4. Fucking nothing worse than a hang nail.

5. This cold/flu that's going around is taking out people left and right.

7. Not Your Average Joe's still slaps.

8. I love when stocks are tanking and you are seeing -27% return on your money and people are like you didn't lose anything. Yeah, I kinda did. There was 500K in there a month ago and now we are looking at 365K. But you cant retire until you are 60 anyway...no shit Sherlock.

9. Can someone explain to me what the fucking Red Sox are doing? Or not doing?

11. Nothing worse getting the wrong thing at the drive thru.

Posted by Drunknothings at Monday, December 05, 2022 No comments: