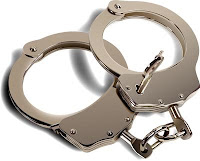 We are 13 weeks into the season so there really isn’t anything that should surprise us by now. And then Mr. Burress decides he should go ahead and shoot himself while at a local drinking establishment. When we talked about injuries last week we were thinking in the line of a torn ACL, busted up shoulder, groin injury, etc….shooting yourself isn’t something we thought of. At the rate the girls at Costanza Central are going I’m just amazed we didn’t make Burress our start of the week.

Now let’s get down to the important stuff. Sflabo, Dead Beat Dad and Street Pharmacist have started to separate themselves from the pack. But don’t be shocked if all three have a rough time down the stretch and allow the rest of the league to make this interesting in week 17. FLABO is hitting on all cylinders and just needs LT to step it up to claim the #1 spot at years end. DEAD BEAT is crossing his fingers that Warner stays healthy and that Witten can stay healthy. Injuries are starting to take their toll on Street Pharmacist and Madd Fucking Niggerish but they are holding out hope for a turn around. Nacho Papa is quietly hanging around and is looking to play the underdog role.

On to the Goose Egg Club. You know what Smidawgs…I give up…you win! I just can’t deal with this anymore. The Goose Egg Club will now be renamed The Smidgy Club. You must be doing this on purpose; there is no other way to explain it. Another week goes by another week you couldn’t get one messily point out of your tight end. This time it was Mr. Scaife who could only manage 0.5 points. Next up is Chris Chambers for NIGGERISH who managed a mere 0.5 points this week. NIGGERISH…..congratulations you have officially been Smidgy’d. I know what everyone is thinking…I spelled Smiddy wrong. I’m sorry to say I haven’t…..I wouldn’t want to tell anyone in the league they have been Smiddy’d because we all know what that means, if you don’t then just ask one of his ladies. So to prevent rumors being started we have to call it The Smidgy Club. You happy now Smiddy you won!


Things I’m Thinking…….
1. So much for that high school QB lighting up the league.
2. Found me some Yuengling at the local 7-Eleven. Suck it Sammy Adams. Editors Note: if you don’t know what Yuengling is then you really should get out of New England at some point in your life.
3. Gee…..thanks Donovan for showing up after you’ve been eliminated from the playoffs. We really didn’t need you the previous 3 games that were lost when it mattered. Way to inspire the fan base.
4. Who do I have to kill to get a college playoff? I’m not saying Texas Tech got robbed but haven’t they at least earned a chance to play for the title?
5. Brady Quinn it was fun while it lasted kid. Just another in a long line of Notre Dame disappointments.

Now for the Costanza. I gave myself a headache trying to figure this one out so let’s take a look at the contenders. NIGGERISH leads it off with our favorite scenario. The entire bench outscores their starters this week by a whopping 33 points, and that is with Burress providing 0 points. Love it NIGGERISH…..absolutely love it. And look at this….our friend NACHO also decided it was the right time of year to have your bench outscore their starters. Now NACHO only lost 13.5 points but every point matters this time of year. DIRTBALLS had a nice week getting 27 points which provided some separation for the kids fighting out the battle for the dress. Unfortunately the decision to bench Westbrook for Grant cost them 30.5 points. Rules are rules DIRTBALLS and you broke the cardinal rule at Costanza Central: If you benched the wrong guy and it cost you the weekly win they you are the automatic Costanza Award winner. Congratulations DIRTBALLS you are a winner again. Back to back baby…..we are all very proud of you.

On Fridays update we will try to do a review of the Costanza and Smidgy Club to see who is in the lead.

that's my baby dont you talk bad bout my baby, i love that picture i have it on a shirt and if DUDE keeps it up he'll get a hip check i played college hockey

I knew my baby would make it to the big time someday. An award named after my Smiddy. I'm so proud of my boy.

Back to back Costanzas ! Never been done before !
But c'mon who saw that coming from Westbrook, dude was banged up at Baltimore and back on short rest !

I LOVE MY BABY MAMA I NEVER LET HER GO!!!


Why does Smiddy look like he got beat up?

Maybe Smiddy had an all night Fuckfest??

Check your history Flash, SFLABO took the Costanza weeks 2 & 3 Jay Cutler and Ronnie Brown. You'll need to win it 3 in a row if you want your name in the record book...BTW, has Iggles written anything that hasn't mentioned being an athiest in it? Me thinks thou protest too much!!!

Smiddy, that means he really believes that why he mentions it so much.