Other than a minor scuffle and some ex-lover drama. I would say the 4th Annual Mustache Pubcrawl was a success. We raised $1115 from t-shirt sales, plus another $105 in donations the day of, and yet still I have a $25 check and waiting on some other donations. When they all come in I will have a grand total and send the check to Dana Farber.

Just so you can start planning accordingly next years Mustache Pub crawl will be Saturday, May 12th. I promise I will buy more shirts. As far as the mishaps with the bars, that ain't my fault. I contacted each and every bar but if they decide to mislead me well they are just off the list.

This is what I learned this weekend:
1. You can not argue with fate (mustached french fry): 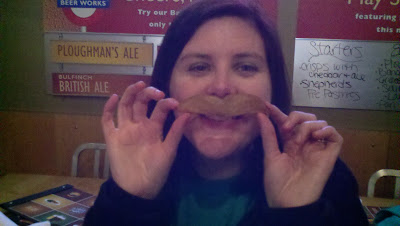 2. If you stop calling a girl, that happens to be your friend's sister and you end up on the same pub crawl - expect to be called out! I'm just saying!
3. Shots and mixed drinks are not a good idea on an all day pub crawl.
4. People look at you weird when you have a stache but they look at you weirder when you have a weak ass stache.
5. I am pretty sure this guy had a nice time on the crawl, Jackie Moon: 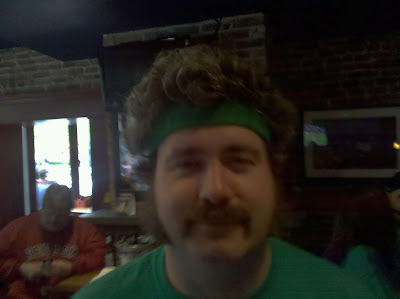 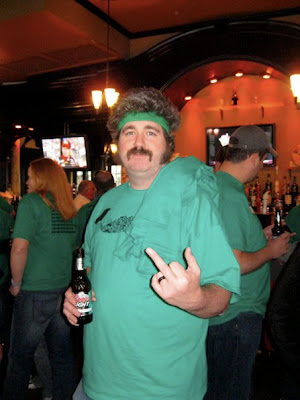 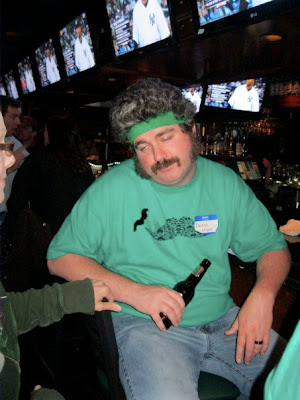 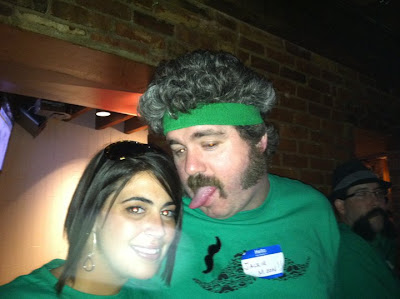 6. I can not get out of BJ's without spending less than $200 bucks!
7. Dot day is just 20 days away. I hope that everyone is prepared for the bowl off.
8. Nothing is worse than wanting a nice steak and cheese after a day of drinking and you get one of the worst ones ever.
9. Too cool for the green shirt: 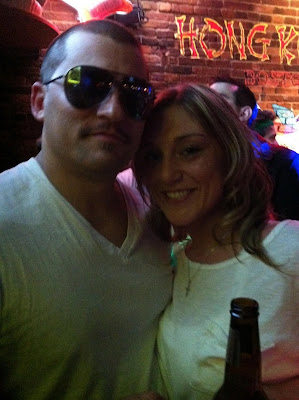 10.I don't know why anyone would go to a techno brunch but they are gonna start having them every Saturday at the Red Sky.
11. They may have redone Trinity and made it look modern but the place still sucks.
12. Gavin's friend has some nice vocal pipes. Sounds like an angel.
13. Danny Douglas can't have enough chicken teriyaki at the Hong Kong. Dude was triple fisting that shit.
14. I love how the day after the crawl. Everyone has an excuse as to why they didn't show. Like I care.
15. Some people complaining that this years crawl didn't have the same turn out but I know there were tonds of new people that I didn't know and people were asking for shirts at the 5th bar.
16. Fake staches are quite expensive.
17. I can't believe that Smallville is officially ended.
18. When did Boston, Massachusetts turn into Seattle, Washington? RAIN AND COLD FOR 10 STRAIGHT DAYS?!
Posted by d at Monday, May 16, 2011