Did anyone watch V last week? It was fantastic! I purposely didn’t read any previews so I wouldn’t have any preconceived ideas of what was going to happen. I figured they would take a couple of shows to build the characters and lull you to sleep with the Visitors are here to help us crap. Maybe halfway through the season we would get some hints that would lead us to question the Visitors intentions and then for a season finale they would reveal the whole Lizard thing and the start of the Resistance. Boy was I wrong….we got all of that in episode #1. At this rate the alien/human sex should start by episode 4 and the resulting baby should be this season’s season finale! Am I the only one excited about this show? Can’t wait for tomorrow night.

THE GOOD
Watch out boys and girls. You all laughed at him but guess who posted back to back 100+ weeks and is threatening to climb out of the cellar. You got it….SMIDAWGS!!!! The kid is on fire right now and there is nothing you can do to put him out. Just move out of the way and hope you don’t get burned. We’re gonna ignore the whole Olsen fiasco for the time being….mistakes happen people so just move on. Well done DAWGS!

THE BAD
I gotta get the Bad this week. To be completely honest, I couldn’t be happier that I got 75 points. I had everyone but McNabb and Scaife going during the 1pm games. It was the middle of the 3rd quarter and I only had 25 points. I was sort of looking forward to winning low week for the year so I could come close to covering my expenses for the year. In the end it didn’t work out…which makes me wonder exactly how bad is it when 2 different teams only managed to put up 58.5 points. I’d also like to thank my bench for putting up another solid effort. Good work boys…keep this up I may have to promote you to starters.

AND THE UGLY
I know this makes very little sense but the Ugly is a 4 year cumulative award. The Ugly goes to the Wizards this week. I know..I know, they finally won a week so how in the world can they get the Ugly of the week. Well…that’s sort of the point. We are halfway through season 4 and this is the first weekly win for the Wizards? Really? I mean how is that even possible. That’s almost 4 years of ineptitude…you almost have to try and not win a week. So I guess we can offer congratulations to the Wizards for the win…I guess!


TEXT OF THE WEEKEND

“hey deegan, do ur shoulders hurt this morning?? Cuz that was team SLIPPERY WIZARDS leap frogging ur ass yesterday” CHRISSY

Very true Chrissy…very true! I think I laughed for 5 minutes after I read this but not for the reasons you think. I just find it ironic that Chrissy is talking about leap frogging when that fat bastard couldn’t jump over a rope fence no more than 4 inches off the ground. I’m sorry to say that image will forever being burned in my brain…one of the worst displays of athleticism (or lack there of) I’ve ever seen. 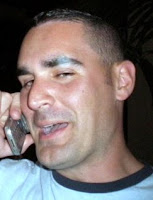 It took 9 weeks but I finally figured out who is to blame for the catastrophe I call Team Iggles. Sure I could blame my draft, or could blame Cutler and McNabb alternating their good weeks, or I could blame Forte’s offensive line for being absolutely pathetic. But this mess all points to one person….SMIDDY! It just dawned on me yesterday that I’m relying on Team Smidawgs QB’s (Rodgers and Flacco) to throw to my WR’s (Jennings and Mason). So I have 2 questions: 1. How could I have been so stupid. 2. Why the fuck didn’t anyone tell me. All the things I do for you people and none of you told me. Unbelievable!

Franklins Felons
You don’t call…you don’t write…it’s like I don’t even know you anymore. You’re just a few points out of 3rd place kid…I think you need a running back by the name of Pierre Thomas to put you over the top.

Beach Bums
Uhhmmm….I don’t want to scare you but that image in your rearview mirror is FLABO and he is gaining quickly. For the love of God do not make me look bad and screw this up. I mean I went way out on a limb and named you the winner after week 8. So don’t mess it up. One more thing…Carney is always a Must Start! 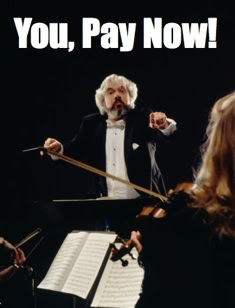 Madd Fucking Niggerish
You almost pulled off the comeback of the century. I’m kind of glad you didn’t simply for the fact I would’ve had to re-write most of this. Gutsy call benching Megatron for Austin Collie. At least the move didn’t blow up in your face.

Smidawgs
Cut the shit DAWGS…just because I gave you the Good of the week doesn’t mean you and I don’t have some issues that need to be ironed out. Look…I’m here to help you people, I say it all the time. I was put on this Earth to help people and make there lives better….it’s just a gift I was given. It’s why I tell my QB’s to throw the ball…just look at Celek and Olsen. But I expect my graciousness and generosity to be returned. So gather Team Smidawgs in momma’s basement and tell them to start acting right and throw my guys the god damn ball. This is a final warning. 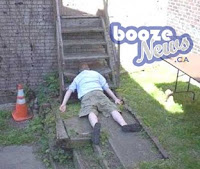 Oh how the mighty have fallen. What happened PHARMACIST? You were rolling along like you usually do and then BAM!!! Just blame it on MIM…that’s what I usually do. I haven’t seen this big of a stumble since the WIZARDS fell over backwards in a drunken stupor 15 years ago.
Editors Note: For the record. I’m certain there have been several falling down drunken stupors for the WIZARDS but I can only claim to have seen one of them.

Team Mung
Portis concussion…call me kid. I keep telling you I have RB’s. What the hell I may even take Driver off your hands so I can play Driver and Jennings at the same time. Just so I can prove my theory that DAWGS is telling his QB’s not to throw to my WR’s. And don’t think for a second I wouldn’t do it…it’s all about the principle of it.

Sflabo
I don’t say this too often…actually never. But I just don’t have anything to say about FLABO. I just don’t get it. Usually I can write for days about anybody in this league but when I got to FLABO this week I got nothin’. Hmmmm….very disconcerting. Smiddy: Disconcerting means causing somebody to feel uneasy, slightly confused, or taken aback. 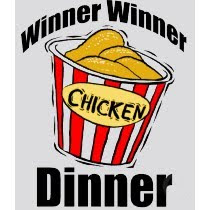 A Fantasy Football article and V gets more ink than the second place team. Man, I guess it is true nobdy ever remembers who comes in second!!!

Iggles, I know your mother taught you: "if you don't have something bad to say about someone, make something up." Although, I think the Smiddy definition joke was written for me, thanks for that.