If you think I’m apologizing about not doing last weeks review you can think again. Things came up….as I’m sure you can imagine I really don’t care if you like it or not. So let’s get on with it. If you want to complain about it the line starts 2 blocks down. Suck it!

But, before we get into the football just a quick reminder that V starts tonight. I haven’t been this excited for a TV show since the Seinfeld series finale. 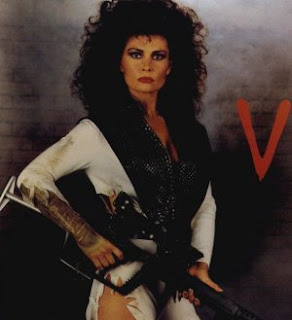 THE GOOD
We are getting very close to renaming this section after Beach Bums if he keeps this up. BUMS finished in 2nd this week due to a late Monday night run by MIM. But BUMS gets the Good this week due to consistency week in and week out. We haven’t seen this much separation between first and second place by week 8 of the season since MIM’s 2007 season. I hate to say it but unless Wayne, Peterson, and Manning all break a limb this weekend first place may already be wrapped up.

THE BAD
I don’t think there is a bonafide bad of the week. Team Mung coming in next to last this week could qualify but they still put up 84 points. We could take a shot at the Wizards for not starting Braylon Edwards but I would’ve played Houshamazoo and Smith too. We’ll get to DAWGS decision to play Greene in a few minutes. Maybe we could rip IGGLES for playing Cutler over McNabb but he’s never played well against the Giants. I think we’ll give the Bad a break this week. 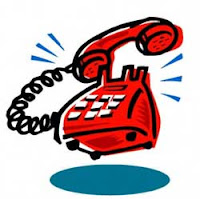 Excuse me Mr. Felons, I’m sorry to interrupt but I have a Mr. Low Week holding on line #2. Would you like to take the call? FELONS…..what happened kid? 58.5 points? Really? And the worst part is usually after a crappy week like that you can at least look forward to winning low week for the year. Unfortunately you can’t even do that right since you tied with MIM. Low week of the year and you can’t even collect all the money…haaaaaaaa!

TEXT OF THE WEEK

I really try my best to pick out a funny text each week. Lets be honest, fantasy football is all about having a good time and making fun of each other. And there were plenty of humorous texts this week that would normally qualify for text of the week. But there are those rare occasions when a text comes along that is so ridiculous that it needs further examination. With that said….this weeks text(s) of the week:

“How good is this kid green will he get some run today?” SMIDAWGS
“Who sits Ronnie brown for shonn green? Who does that?” SMIDAWGS
“Man what a move sitting brown! I hope it pays off” SMIDAWGS

Well let me answer all three of those questions for you DAWGS. He isn’t going to get much ‘run’. Only a complete moron who wants to come in last sits Brown for Green. And no it didn’t pay off.

This move just kills me. You are in last place DAWGS…now is not the time to be making high risk/high reward moves. If you are sitting in the middle of the pack and want to take a couple of home run swings then that is OK. But when you are in the basement you have to make the safe play and just hope it works out.

How do you not play Favre this week? I mean if there was ever a week you absolutely had to play Favre this was it. A 3 TD performance was virtually guaranteed! Other than Warner’s bye week this is probably the only time this year you could play him. There are certain rules kid…and one of them is when a 40 year old Hall of Fame QB comes back to play against the team he played with for 16 years you have to start him. I’m pretty sure I’ve seen that written down someplace.

Beach Bums
I sort of feel bad for BUMS….their roster is so freaking deep the only real guaranteed starts week in and week out are Manning, AP, and Wayne. It must be real tough trying to figure out who to start with all of that talent on the bench. Their bench has outscored the low score of the week 5 times this year. I haven’t done the math but I’m pretty sure BUMS bench scoring for the year is good enough for 7th or 8th place. Incredible!

Street Pharmacist
Who exactly are you gonna drop when try to pick up Ryan Moats tonight? I’m just curious so I can try and pick up the guy you drop. There are 4 words every fantasy owner hates….RUNNING BACK BY COMMITTEE! 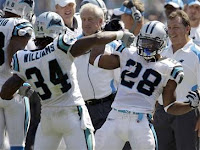 I hate to tell you this but you may have to give in and just play DeAngelo and Stewart at the same time. DeAngelo gets the yards and Stewart gets the TD’s…sounds like a good problem to have. I could be wrong but didn’t you have the same problem last year? Since DAWGS isn’t really paying attention to who is available on the waiver wire I would have absolutely no problem if you wanted to drop one of them.

Iggles
Team MVP Owen Daniels is out for the year. SON OF A BITCH!!!!! The only good draft pick I had and this bastard blows out his ACL. Now I’m stuck with Mr Goose Egg….Bo Scaife. Uggghhhhhh

Sflabo
Donnie Avery? I realize you were in a pinch because of bye weeks and didn’t have any faith on T.O, but Donnie Avery? Really? This guy gets hurt getting off the team bus…you could’ve had Percy Harvin or Jeremy Maclin. But you chose Avery….that’s not very FLABO-like. 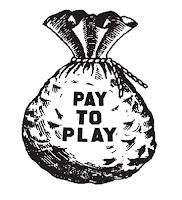 How is this team still in the league? Forget the fact they shouldn’t be allowed to make any transactions unless full payment has been made. If you don’t pay….then you don’t play. The NFL created the Roy Williams Horse Collar Rule and the Tom Brady Can’t Touch The QB Rule. Why can’t we make the MIM Rule….I’ve heard rumors in league circles that a rule will be implemented for next year but nothing official has been announced yet. Some people have also asked that all money’s won by MIM this year be held in escrow towards next years entry fee.

Team Mung
Has anyone heard from Team Mung? I haven’t heard from him and I’m worried he changed his number because of all the texting. Let me fill you in on something kid…you’re a rookie and have a great chance of finishing in the money. It’s OK to talk some shit once in a while.

Slippery Wizards
How can you not play McCoy this week? The only reason you drafted McCoy was so you could use him when the inevitable Westbrook happened. Well the normal 2 week injury happened and you didn’t play McCoy. What’s the point of having McCoy take a roster spot if you’re not going to use him when you can? Just doesn’t make sense.