Anything you can Do I can do better...

I guess every week some one different will do the blog review. This week Kevin "Kodiak" Barry...
Last season, Foley missed posting his weekly dart review.  No one noticed.
He was then completely shown up when Mr. Booze wrote his own review.  Since then, Drunk Nothings has been without an in-house dart reviewer.  Foley quit blogging, and apparently Derek has been too busy posting about where some dude Smiddy should live, and playing angry birds on one of his 4 Droids (Derek has more phones than Shaun Larry has nicknames (or friends)).
Therefore, this week, the undesired honor of guest blogging has fallen to me.  I will try to dumb it down to a common level where even Jeffrey Lundrigan will be able to understand.  Assuming he can convince Sarah to read it to him.  Speaking of Jeffrey, he is back to his old M.I.A ways on dart night. Welchie might have to start thinking of drafting up another petition. 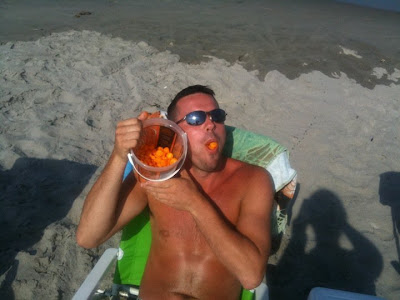 (“is this what Jeffrey does instead of showing up for dart night?)

On to the darts. We were playing the second team from Jeannie Johnston’s at home. Uncharacteristically, the DTFer’s were on fire out the gate.  Supa P and “Shaun Larry Matt Teddygrahms Dumbo Dillon Kite” quickly won the first 501, with Supa P crushing a double 19 on their first chance at an out.  Welchie and Foley carried on the momentum by winning a close one.  Mark took out the double four with both teams down to 8.  Next, DJ Brighto and Derek lost the 3rd 501.  As expected, there was a 5 scored and a 78 scored. Not expected was that Derek threw the 78 and Brighto lobed up the 5!  In his defense, it’s hard to concentrate on darts when you’re working the ones and twos and harassing Leslie the bartender.  Don’t forget to book DJ Brighto for your next party or celebration - 857-247-2820!
And that was it for good darts from us.  We lost every one of the following three cricket games. Luckily, the games were not beat downs like the beat down Foley gave his roommate in 87’ after a night of debauchery(let it snow let it snow let it snow)- which was one story he shared with the team even though no one asked. To add to the bad dart blues, we also had to listen to Foley complain about his inability to pee and his love of bestiality and sandpaper.
We even sucked in the 6 best of 3 matches of 301’s, which are usually an equalizer for us.  Jeb won the first 301 match - almost making up for fucking up his duty as captain last week.  We lost the Final 5.  The only highlights were that I skunked the guy in one of the games I played, and the guy Foley played was so drunk he was tripping over the throw line.  Final result: we lost 9 to 3.
Well….at least we didn’t have to play at that Horrible Hipster Hangout that the Jeannie Johnston team plays out of.
Next week, we bring the Funk (Happy Black History Month!)  all the way up Dot Ave to take on The Connection.
--Kodiak
Posted by d at Thursday, February 17, 2011