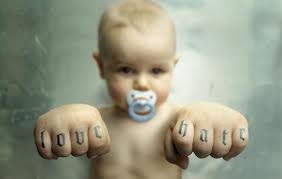 This week we had a many great performances but none greater than Doug Martin the guy DTF starts due to the bye weeks going OFF for 58pts!! I think he may have just broke another, while Tmx was reporting. The Villenz continue to get balanced scoring and were also recently voted most hated owner by a pool of Tmx readers. I'm sure he's not bothered as he is starting to walk away with the league and preparing for the biggest wedding ever!! Drunknothings blog is now paying Tmx to write the review but contrary to his promise of a six pack Tmx writers were handed 40oz and brown bags and told of budget cuts. C'est la vie!!In response to the payment Tmx will introduce the thank 'em and shank 'em to each team. 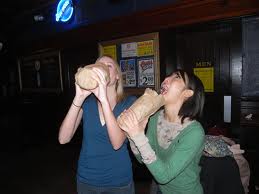 This weeks second place team was the balanced Villenz getting 3 guys over 20. Thank 'em goes to the bears d who got 30 and have done it all and year. His team is so good we went to the bench to shank 'em and he should shank Palmer for putting up a 40 burger on the bench!! The third place team this week was Sflabo who is red hot with over 300pts the past two weeks. He's thanking his waiver wire pickups Gresham and Redman who had great weeks. Get the shank out for Denarius Thomas who barely got double digits. The fourth place team this week Slippery Wizards who also went to the waivers for his thank 'em as the Chargers D put up 29pts. Wizards need two shanks to take out both of the rbs who COMBINED for 11pts. Black Dynamite finished 5th and  has a full fledged Qb controversy as Luck and Romo are going back and forth leading scoring on the bench. Thank AP for another great game and shank Ryan Mathews who is disappointing at best with 7pts in a blowout. The 6th place team was White Unicorn who made a trade that saw Marshall go off for 39pts; another trade that led to a breakout week for the player traded. Thank Megatron for showing up but shank newly aquired Witten who couldnt break double digits while the guy traded for got 20!! Easy on the Witten shank guys is coming off a ruptured spleen! Seventh for the week is Jerkshots who are slowing down after a fast start. Thank the recently traded for Michael Turner who came through but shank the qb-wr combo of Brees and Colston who have led your team for having and off week! The Beachbums can thank Mikel Leshoure for his big day but like Jerks the Ryan-Gonzalez combo let them down majorly as well!! The Beachbums are not standing pat as they are offering major trades around the league to leap into the money!

The 9th place team is MFN Matt Forte came through and deserves a thank 'em but Hakeem Nicks looks like hes already been shanked finishing with 1.5 for a top wr that is not acceptable. This weeks last place team was Nutsaway. Once again trick or treat Stafford let them down with a weak 11pts. He can thank Cobb who did come through. Tmx made a call to the owner of Nutsaway but the phone is disconnected????? Tmx will point out that the top two running backs for Nutsaway Mjd and Dmc are both out so the move that needs to be made is through the waivers or to make a trade. Maybe start Schaub and move Stafford but either way a move is a must as they are starting to head to the basement!!

This weeks winner was DTF. DTF had a monster performance from Doug Martin and Brandon Marshall!! They had the record week in sight if Jordy Nelson didnt drop a zero on them. Tmx made a call to DTF star Doug Martin. Hey Doug its Tmx how are you? " Tmx? like THE TMX? The fantasy football reporting joint? oh man you made my day. I'm happy to help DTF win I know he only starts me in bye weeks rumors were spreading and I wanted to come through" Well you really came through great job. " Thanks Tmx oh and that garbage about me not being able to run without the injured lineman? yeah how'd that work out? Peace out Tmx love your stuff".

Wow what a week and now onto the All Iggles coming off a humiliating loss last week!!

The All Iggles total? 153.5!! Back to Back losses for the Iggles!! This is a Tmx first and may even push the old Iggles ownership back into the league!! Villenz, Beachbums and DTF loaded up the all Iggles this week but it wasn't enough! Great work by the owners leaving the benches with little or no points!! We are heading full steam into the second half and there is a lot of ground to be made up and a lot of deals have impacted teams so the trade and waiver wire are ways to make up ground!! 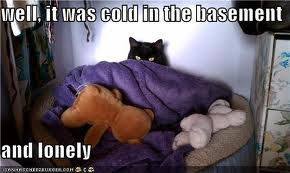 Good luck this week and lets hope for no injuries!! TMX out.
Posted by d at Tuesday, November 06, 2012