My fault for posting this so late. I was still in vacation mode.

Week 13 is in the books and TMX is back to posting!!
Sorry for the layoff but sometimes less is more and no team smelch this isnt a sneaky shot at the size of the owner of team smelch's chin its just a simply a saying quit being so defensive! The races are heating up for the top spots as well as for the last place spots. Now is the time to make sure you do your homework, hit the wire and play the right plays. The trade deadline came to an end with a whimper. There were deals out there but no takers.
The slippery wizards offered up PATRIOT tight end Aaron Hernandez for Cassell but The Villenz had big plans to make double points with Bowe and Cassel so they nixed the deal. This goes back to the original point of doing your homework- Dillonz Villenz is our last place finisher this week! The totals are as follows: Cassel 13; Bradshaw 21.5; S.Jackson 22.5; D.Bowe 0; B Lloyd 4; T.Heap 0; Janakowski 4; Chargers D 5 for a total of 70. Villenz went into the week down 32 for the money and came out of the week down 89.
Making that trade would have forced him to use Peyton Manning who he benched and started Hernandez who scored a td while Heap was hurt on the first play. Tmx isnt a strong believer in karma but here at Tmx we know stupid when we see it but we are just here to help! Peyton Manning even having his worst day is always a must start you cant overthink and sit your studs unless they are injured or not playing due to resting for the playoffs. 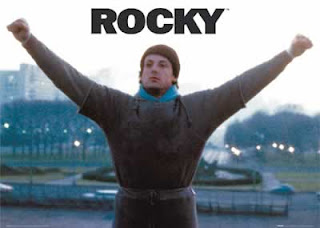 Its money time and you have to play your money players. Big decision up for week 14 hope your not feeling the heat at the top Villenz, you're playing for 2 as Iggles has a stake in this deal!! Tmx does have contact and made the phone call for you: Hey Iggles its Tmx hows it going? " everything is just great rocky is in the boxing hall of fame the iggles are flying high why whats up". Well Tmx wanted to know if you had any advice for your old team's manager " CLICK" Hey iggles its Tmx we must've gotten disconnected "CLICK" We made a few more attempts and same result.
I guess you are on your own Villenz dont lose your grip on the money!! Good luck in week 14! As always folan.com for everything
Posted by d at Monday, December 13, 2010