DJ Brighto in the house 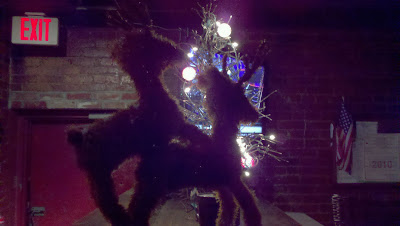 (if thats not xmas spirit then what is?)
So Brighty went out and bought himself some DJ equipment and last night he made his debut on the ones and twos during dart playoffs. Throughout the night there was plenty of old school hip hop and we didn't have to feed the juke box, so thats a win-win for everyone involved. I know what does DJ Brighto being unleashed to the world actually have to do with darts? I am getting to that. About 3/4th of the way through the night a girl on the other team came over and asked if Brighty does weddings? He kindly explains that he just got the equipment and he is trying to figure it all out. She wouldn't let it go so they settled on $500 bucks and her getting him a tux.  DJ Brighto has his first paying gig on June 11th for some darting couple from Chelsea. If anyone is looking for a CHEAP  DJ for your next wedding, party, bar mitzvah or just to play at your world of warcraft night at your place call up Brighto, 857-247-2820! That number and his beats are REAL!

I just want to preface this review/diatribe with I should not of gone out to the Texas Saloon after darts. My brain doesn't want to start up and work properly today so I am just going to wing it. 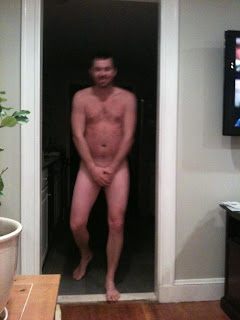 We started off a little late as the other team had some players lost ON THE MASS PIKE! How someone gets lost on the Pike coming from Chelsea is beyond me but hey it happened. We had the same trouble getting in and out as last Tuesday with our 601's, we split tied up 1-1. Brighty and Jeffrey came out swinging in cricket and won a quick match, up 2-1. Despite some great darts from KevBarry(I think he may of been taking a few weeks off and practicing in his basement) we then drop back to back cricket games to go down 3-2. Some how I feel like we have all been here before. Hoping to get things moving in 301's and get some points back we send Jeffrey to the line, they send their best player; he lost we are down 4-2. Welchie made quick work of their captain, down 4-3(She was bitter for the rest of the night). Batting 3rd, Brighty who lost the 1st of his 301's but came roaring back to win, tied up 4-4. In the longest match ever, with both players being stuck on double 1 for over 1/2 hour, Supah P comes through, up 5-4. Mike Foley next to try and extend the lead, he played much better than he did in cricket, up 6-4. CBV can make going to the French Club on Thursday that much easier with a win but it wasn't meant to be as he dropped the last match, 6-5. The two teams are evenly matched and should be for a good second round on Thursday, the race to 12 is on. By the way for all the shit that Foley gives everyone when they are scoring, on numerous occasions his math was off.

(Yes that is my brother getting ready for darts last night, thats how he rolls!)
Posted by d at Wednesday, December 22, 2010

His lady better watch out! I know i'd like to snatch me some of that. Move your hands!

We all know he doesn't need both hands to cover it up.