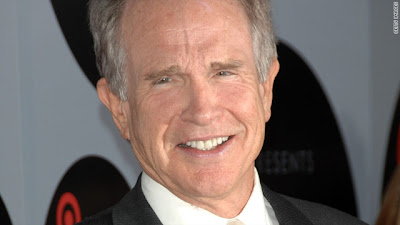 (CNN) -- In his prime, Warren Beatty may have been known as one of Hollywood's most famous Casanovas. But did he really sleep with more than 12,000 women, as an upcoming biography claims?

Not so, said Beatty's attorney, Bertram Fields, who told CNN that figure is "baloney."

Though some news reports called the biography, titled "Star: How Warren Beatty Seduced America," an "authorized biography," that was never true, according to author Peter Biskind's publicist at Simon & Schuster, Brian Ulicky.

Biskind ("Easy Riders, Raging Bulls") has been clear that Beatty didn't lend the book his stamp of approval.

While Beatty did sit down with the Vanity Fair scribe for "extensive" interviews, "the book is not authorized in any way," according to the book's press release.

A biography only receives authorization once the party being written about has read the material and signed off on it, Fields said. Beatty did none of the above.

Biskind's 600-plus page tome on the usually private actor, which doesn't arrive in bookstores for another week, has made headlines because of its salacious suggestions about Beatty's sex life. At one point, Biskind does "simple arithmetic" to assess the numerous notches on Beatty's bedpost.

The author claims that Beatty, who has been attached to Mary Tyler Moore, Cher, Joni Mitchell and Natalie Wood, said that he couldn't go to sleep without having sex.

"It was part of his routine, like flossing," Biskind writes.

"If he had no more than one partner a night -- and often there were several -- over a period of, say, three and a half decades from the mid-1950s ... to 1991, when he met Annette Bening, and allowing for the stretches when he was with the same woman, more or less, we can arrive at a figure of 12,775 women, give or take," Biskind wrote. This is not a figure, he added, that includes "daytime quickies, drive-by [encounters], casual gropings, stolen kisses, and so on."

Fields, who has known Beatty for "many, many years," called Biskind's boudoir mathematics a huge exaggeration, adding that "there are other statements that are not accurate in the book and quotes of things that Warren didn't say."

That doesn't mean Biskind didn't conduct interviews with Beatty -- he did, Fields confirmed. In order to paint a "balanced" view of Beatty, Biskind also weaves in perspectives from the past and present women in the actor's life, such as Michelle Phillips, Diane Keaton, Joan Collins and Annette Bening herself.

Whether or not Biskind's number is spot-on or a gross estimation, it doesn't look like the claims will cause Beatty to bring a lawsuit.

"I wouldn't think that he would file any kind of action," Fields said. "This isn't the first time that someone has written an unauthorized biography with inaccurate statements."


Now I don't know why anyone would deny sleeping with over 12,000 women but hey to each his own. If you did it then fuck, you should get a medal. But the reason I posted this article is - This is my favorite quote so far in 2010 - "daytime quickies, drive-by [encounters], casual gropings, stolen kisses, and so on."
Posted by d at Wednesday, January 06, 2010