You want another one Bender? 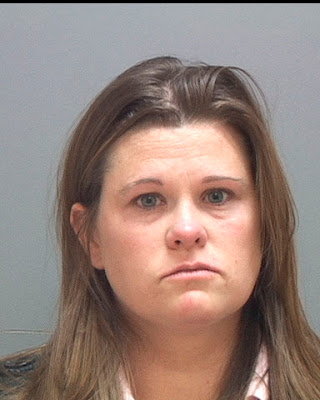 A former school aide at West Jordan Middle School was arrested Tuesday morning for allegedly having sexual intercourse last school year and over the summer with two 15-year-old students in her class.

Roberts said Billingsley met both boys when she was overseeing an in-school suspension program for kids with behavioral problems.

Billingsley was hired as support staff and passed a criminal background check prior to being hired, Dunham said.

The alleged sexual encounters occurred several times, on and off campus, between May and July 2009 while Billingsley was a part-time, temporary employee at the school and continued after her employment ended, Roberts said. She was not asked to return to the school this year because money for her position was unavailable, Roberts said.

The alleged abuse came to light in recent weeks when the two boys talked to other students about what happened. School administrators were then told and they contacted police, Roberts said.

Roberts said he wasn't sure if the two boys knew each other. He also didn't know if Billingsley met the students for alleged sexual encounters off campus after school or during school hours.

Holy shit this is what is happening during In School Suspensions now a days? When I was in high school there was only after school detention. I know that when my 3 younger brothers were in the same high school they were having Saturday detentions. Is this the same thing? If you knew that some lady was banging students wouldn't you try to get into trouble? I know I would!
Posted by d at Wednesday, October 28, 2009

forcible sexual abuse, forcible sodomy and dealing pornography to minors....
are those even possible charges?? are these 15 yo boys GAY?? then their fathers should beat their asses!!! who wouldnt want a 31 yo woman bringing you to her house and banging?? fucking kids today SUCK !!

no pictures? that could change everything! if she's a huge nasty monster all bets are off on the ass beating

Found the picture and posted it