Motorist over twice the legal limit plows into fire truck 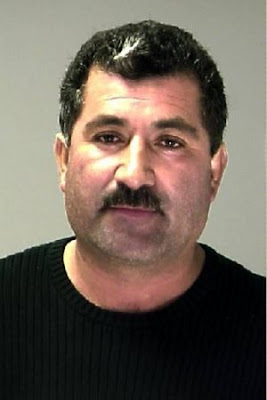 CHICAGO (STNG) -- A man was charged with aggravated drunken driving after he plowed into a fire truck that was backing into a fire station in the Back of the Yards neighborhood on the South Side early Monday, police said.

Hector Samano-Valedez, 44, of the 1500 block of W. 47th St., was charged with felony aggravated DUI, misdemeanor DUI and driving without a license, according to police.

He was also cited for failure to yield to an emergency vehicle and damage to public property, according to police who said charges were approved at 11:25 p.m. Monday.

Samano-Valedez was arrested at 3 a.m. Monday at 2215 W. 51st St. after responding officers learned that he allegedly ran straight into a fire truck with its emergency equipment activated as it was backing the vehicle into the fire station, according to police.

Officers discovered he had no driver’s license and officers allegedly found a strong odor of an alcoholic beverage on his breath and bloodshot eyes, according to police.

An officer asked him if he had been drinking and he allegedly said he had a “few beers.’’ He was taken into custody, according to police who said a test revealed his blood alcohol level was .177, more than twice the legal limit.

This story just makes me happy that I am not out and about at 3 a.m.
Not that I have anything against having a "few beers". Hell, I am for anything that makes you have a blood alcohol level of .177 but driving and plowing into a fire engine that is backing after the "few beers" is no ones idea of fun. How the fuck do you not see a fire engine backing up? Do you think this dude passed out behind the wheel and was taking a quick nap while driving?

BTW - He must of sobered up for his mug shot picture. He don't look anything over the legal limit!
Posted by d at Wednesday, October 28, 2009

When did Derek shave and move to Chicago?

you know what that could be ME!