Damn you LenDale White…..I think it’s time to get back on the Tequila bandwagon so you can start scoring touchdowns again. There are a lot of factors that determine the weekly must starts….opponents, injuries, who else is available to start, and when all else fails my Ouija board is always helpful. So this week we had LenDale White and Vernon Davis as our must starts. I’m not a big fan of Lendale White but seeing that Franklins Felons had very few options at RB and Cebric Benson was hurt I figured this was a good opportunity. Besides, LenDale White has been stealing TD’s from Chris Johnson for 2 years now and I figured I might as well take advantage of it. Well, Cedric Benson did his part…putting up a whopping 3 points. Unfortunately LenDale couldn’t hold up his part of the bandwagon. Damn you LenDale White!!!!

Just a quick side note. Does anyone other that Wizards, FLABO, and me actually know what a Ouija board is or am I dating myself?

Now for Vernon Davis….it has been fairly clear through the first few games of the season that San Fran has two options. Gore and Davis. I mean that’s it…there wide receivers are either 40 years old and too slow to get open or 23 years old and can’t figure out how to run the right route. So with Gore out for 3 weeks it is pretty easy to figure out that Vernon becomes the number one target. Come on BUMS…you can’t honestly tell me that you felt Keller was a better start this week than Davis. The only reason I can imagine you would start Keller is to bust my balls. Please don’t do that….leave the ball busting up to the experts!

THE GOOD
This was a tough call. But I’ve been ranting for weeks about everyone in the league needing to clean up their act and start playing the right guys. Well…low and behold the league as a whole did a pretty good job this week. There were a few exceptions (more on that later) but for the most part everyone did a pretty good job, granted this was greatly assisted by injuries and bye weeks. But I have to give credit where credit is due. So I’m giving the Good Award to the entire league this week. Well done kids!

Now for the above mentioned exceptions. I’m not sure I fully understand the thinking behind starting Julius Jones over Jerome Harrison for Beach Bums. Jones has been hot and cold all year plus they were playing the Colts so you knew the Seahawks were gonna have to throw the ball a bunch. On the other side of things Harrison is the only healthy RB left for the Browns. And the game was going to be close against the Bengals so they were going to be plenty of rushing opportunities. Bad move BUMS…Harrison was the safer play this week

AND THE UGLY
I could sit here and call Greg Jennings all sorts of names and go on and on about how he sucks (which he does), blah, blah, blah. But in the end I only have myself to blame for not winning this week. Forte was a must start but for my other RB spot I had a tough choice between Rice, Thomas, or Coffee. The only reason I played Coffee is he will only get a chance to play for 3 weeks so he’s gonna give at all he’s got. Well, if that’s all you got Mr. Coffee, it ain’t good enough. Not starting Ray Rice cost me a win (actually a tie for first) for the week…so I deserve the Ugly Award for the week.

TEXT OF THE WEEKEND
No text of the weekend. Listen people this isn’t free hardware I’m handing out here. You gotta earn these awards…there not given out for free.

Romo is just killin’ ya kid….I don’t know what happened to him but he looks atrocious. It might be worth looking up Jessica Simpson and see if you can get them back together for the football season.

Franklins Felons
39 points? You have got to be kidding me. 39 freaking points from the 49ers defense. Does anybody know what our record is for points scored by a defense? It’s gotta be in the 40’s.

Another week…another 100 points for Street Pharmacist. Ho hum! It’s incredible…every week is the same thing. But did you see Manning go down when he hurt his foot? The guy looked like he got shot…went straight down with nobody around him. Of course in typical PHARMACIST fashion the injury happened after putting up 26 points.

Iggles
I have placed a call to Mr. Jennings agent. Once we hear back we will be informing Mr. Jennings that he has the bye week to get himself right or he will be riding the bench for the remainder of the year.

Most Interesting Men
I cannot in good conscious give MIM a hard time about Roethlisberger outscoring Brees by 23 points this week. But it’s gotta hurt a little bit that your franchise could only manage to get you 7 points. 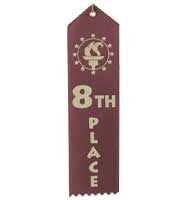 I don’t understand what all the complaining is about from Smidawgs. DAWGS started off the year in last place and has gradually moved himself up to 8th place. At this pace DAWGS will be in first place by week 13 or 14. Well played DAWGS….using the poor Smidawgs routine while you’re climbing up the leaderboard.

Sflabo
Could somebody please tell me what the hell happened in the 2nd half of Sunday nights game? I went to bed and FLABO wasn’t even close to being in first. I wake up at 11 (more accurately I was woken up at 11 by my pager…thanks for that) and FLABO is way out front. How many points did FLABO put up in one half? 40 points? 50? From just 2 guys!

The Slippery Wizards
Uhmmm….has anyone seen a Mr. Edwards around here? What happened to this guy…2 years ago he was a top 15 pick and now I’m not sure you could trade him for a bucket of bolts.
Posted by Iggles at Tuesday, October 06, 2009

You going soft? I figured Jennings would be cut by now. That's how real Iggle would do it. Plus I need a WR.

naming the ouija board as your all might source doesnt date you...
but still having a fucking pager in 2009 DOES!!!
you suck this year, last years reviews were better