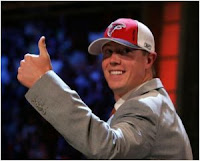 Where to start…..Let’s get the Must Starts out of the way first. We had Matt Ryan (Street Pharmacist), Nate Burleson (Most Interesting Men), and Kevin Walter (Smidawgs) lined up for our Must Starts of the Week. I knew going in I had bitten off more than I could chew, especially on a bye week where for some odd reason we all had a ton of players not available. Matt Ryan…CHECK! Nate Burleson…CHECK! Kevin Walter……..Kevin Walter…….hello, Kevin Walter are you out there? OK…so it’s 2 for 3 this week and 6 for 9 on the season. Not great but I did learn a valuable lesson this week. Never use Smidawgs team for any Must Starts…EVER! The kid is cursed this year so I must avoid DAWGS at all costs. They have caught the same disease I had in 2007….no matter what move they make it is the wrong move.
THE GOOD
This is week 5 of the season and we have our 5th different weekly winner. Franklins Felons walked away with the week putting up 130.5 points. And that was with Cedric Benson putting up 25 points on the bench.

THE BAD
What has happened to the WR position in fantasy football? It seems like every week a big name receiver puts up a big donut on the board. A couple weeks ago Jennings decided he didn’t want to catch the ball, last week Braylon Edwards couldn’t find the ball in an OT game, this week Madd Fucking Niggerish lost Sims-Walker because he couldn’t follow team rules, Iggles got 1.5 points from both of there WR’s combined, PHARMACIST could only manage 0.5 points from Garcon, and Beach Bums got the same effort from DeSean Jackson. This is getting out of control and something needs to be done about it. 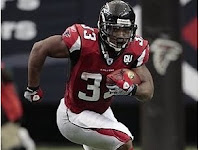 This was a tough choice. We could’ve chosen NIGGERISH or DAWGS for the Ugly of week 5. It was a close call but I think I have to go with DAWGS on this one. NIGGERISH had a bad week but there is nothing he could do about Sims-Walker getting suspended and it was never announced until after the game started. On the other hand DAWGS made one bad choice after another. RULE #1: Never bench your first round pick (especially if it is a top 5 pick). Come on DAWGS…you gotta ride it out with Turner. This is what he does….bad weeks followed by good weeks. You have to just play him and at the end of the year he has 1200 yards and 15 touchdowns. RULE #2: If you are going to bench a WR, then it has to be Steve Smith. The last time I checked he still has Jake Delhomme throwing to him. RULE #3: Go pick up a better defense….come on kid….there has to be an available defense that is better than the Raiders.

Even though this text came in on Wednesday I knew I was going to make it the text of the week. So lets back up about 20 minutes before this was sent. I had the day off and was driving to Plymouth for a meeting. I’m on route 3 and get a text from NIGGERISH that Braylon Edwards has been traded to the Jets. Now, since I had considered picking up Massaquio off the waiver wire on Tuesday night I figured I had to take a chance and pick this guy up. A #1 WR is a #1 WR no matter how bad the team is. I was running a little late for my meeting (which is really just an excuse to drive 90 MPH) so I had to make a decision…should I stop and try to log on with my phone and pick Massaquio off waivers or should I try to do it while driving. I figure since I live in NE I have a 50-50 shot of getting killed on the road anyway so lets try and do it while driving. After several unplanned lane changes and running at least 4 cars off the road I managed to log into my computer at home with the phone and to my surprise Massaquio was still there.

Well, apparently NIGGERISH was standing in line at Dunkins when he heard the news about Braylon and sent out a text to everyone. He planned on picking up Massaquio when he got back to his desk. So when he got back and saw I picked him up I got the text of the week. I laughed about it all the way to Sunday when Massaquio only got me 0.5 points. FUCKER!!!! I‘m not laughing anymore. Grrrrrrrrr

I hate being the guy that said I told you so (heeee heeee) but I believe I picked you to come in last and Smidawgs to be a two-time beer bitch. I’m going to apologize now because I was obviously wrong. It’s starting to look like you will be our new beer bitch at the 2010 draft. I’ll take a Corona!

Beach Bums
BUMS is in the drivers seat now. Maybe it’s just me but it doesn’t even seem like AP has gotten on a roll yet. Manning is unstoppable right now, AP is still averaging 20 points per game, and Wayne is playing lights out. Looks like BUMS is in good shape to win his 2nd ADSL Championship

Franklins Felons
How is it possible you have Warner, Fitzy, Benson, and Andre the Giant and this is the first week you have won? You should be in first place instead of third kid! Looks like you have a good GM running your draft board but your game day coach may need to be fired.

The Slippery Wizards
Just so I can prepare myself for next week. After you traded for Steve Smith with Smidawgs should I plan on getting a text after every Steve Smith catch this weekend or will we get an update at the end of each quarter. I just need to know these things.

Iggles
0.5 points from 2 wide receivers. Seriously? At this point I may just not play any WR’s, it will save me the stress of trying to figure out who to play.

Most Interesting Men
100 FUCKING dollars. This is just ridiculous. Why does this clown have different rules than the rest of us? Is this some kind of affirmative action thing that the league is doing? Can someone please explain this to me….how difficult is it to cash in some of your welfare checks for the $100. Sooooooo annoyed with this situation. 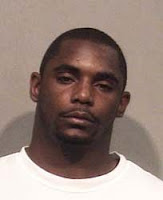 Hello….Ahmad Bradshaw. You had to play him this week…just had to. There are only going to be a few games in the year that you can count on him putting up big numbers and his matchup with Oakland was certainly one of them. Cost you the win this week and the chance to make up some ground on BUMS. If it helps you out I can let you know when the next time is you can play Bradshaw…just let me know if you want the help. And I shouldn’t have to remind you of who actually started this whole Must Start business….RODDY WHITE and his 42 points on the bench.

Smidawgs
For my own safety I will follow one of the rules my mother taught me. “If you can’t say something nice, don’t say anything at all”. Thanks Mom!

Street Pharmacist
Another week another 100 points. And I don’t need a thank you about the Matty Ice Must Start. I helped you out last year with Roddy White and never got a thank you, and now this year I hook you up with Matty Ice! You’re a real piece of work…what comes around goes around bitch!

Team Mung
Can we please do something about this no e-mail, no texting, not in contact with anyone thing you have going on right now? I mean seriously guy….this is a fantasy football league. We bust balls, make dumb trade offers, talk shit, and generally have a good time. You being MIA isn’t doing anybody any good. I still don’t understand why I can’t have your cell number!
Posted by Iggles at Tuesday, October 13, 2009