This week is shaping up Tuesday, Wednesday, Thursday, Friday then Mustache Day! As David Spellman likes to call the Mustache Pubcrawl - Drunk Christmas! So Drunk Christmas is upon us.

This is what I learned this weekend:
1. Mario has a back up barber. Don't know many people who can say that.
2. Its illegal in Fort Lee, NJ to text and walk at the same time. You get an $85 fine. BULLSHIT!
3. Although women attempt suicide about three times more often than men, men complete suicide about three times more often than women.
4. I thought everyone knew that you bring a koozie on a booze cruise. I have never been on a cruise that the beers were cold.
5. Apparently, Katie thinks you can just stroll into Plymouth on a Saturday night and get seated right away at any restaurant on the harbor. Unless you want to go to Als.
6.  When glass breaks, the cracks move at speeds of up to 3,000 miles per hour. And I thought some of my ex-ladies were fast.
7. Mosquitoes are more attracted to people who have recently drank beer. This explains so much about camping trips.
8. The male porcupine urinates on the female porcupine before mating. If she's not turned-on by this, she shakes it off and finds another male. Typical broads!
9. I guess 1 day off in 19 days makes me cranky.
10. My prayers go out to Chrissy and his family. He lost his 96 year old grandmother recently.
11.  I guess in New Zealand you can make a career out of being a hunter and it pays $60,000 Euros a year.
12. Jeffrey may be throwing together a Memorial day cookout. Is Saturday or Sunday better for everyone?
13. CVG started his stache late but he has one coming in!
14. Who buys their wife a kayak for Mothers Day? Oh yeah Jeffrey does for $150: 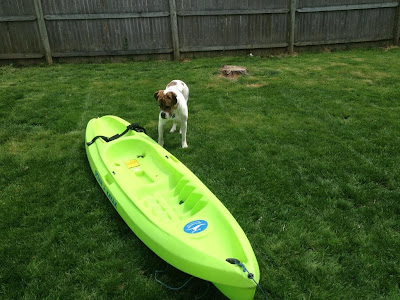 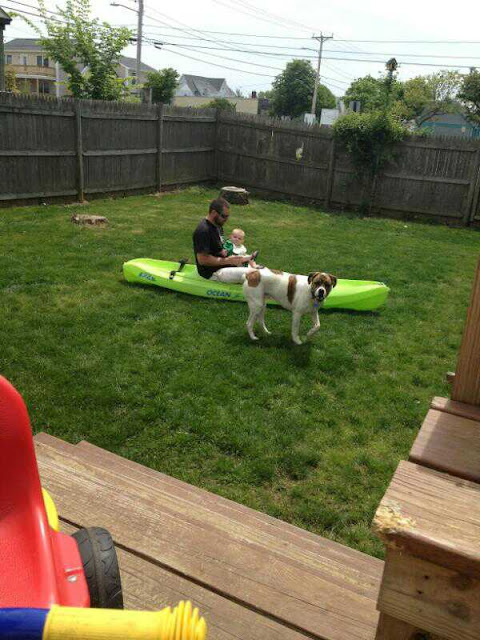 15. Rob and Jeffrey, with their wives, are going to Barefoot Bobs tonight for the Kitchen Nightmares taping. Jeffrey just wants to be on TV.
16. Why does mulch come in like 10 different colors?
17. Be careful if you ever fall asleep while chatting with someone. In this day and age they can record that shit and play it back for you.
18. Remicks in Quincy has a new and improved menu. I have never had a bad meal there.

Playoff darts Tuesday at home and away Thursday at Coops. For you ballers on a budget Coops has pitchers of beers and pizza specials.

See ya either this week at darts or Saturday at the Pubcrawl.

Keep us updated on the Barefoot Bobs thing....I want to know about it. Thanks