Its time for the week 4 fantasy football recap brought to you by TMX. Tmx is a fantasy reporting media which is committed to 85% truth in all reports. Tmx is also supported by folan.com the number 8 website on the www's. 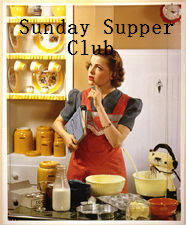 Tmx is proud to report it has moved its home office to the Super Sunday Supper Club complex in Quincy Ma. The SSSC complex is now ground zero for Tmx reporting, we are excited as you should be, it will allow Tmx to get up to the SECOND info on all things fantasy. Week 4 had another big injury as Andre "the giant" Johnson went down in what looked to be a season ending injury. Untouched he crumbled to the ground but breathe easy team Hoodsie its just a hammy. Trade bait Rashard Mendenhall also went down but that injury as well was not as serious. The trade front and waiver wires are starting to heat up as are the races for 1st and last place. 2-8 separated by 40ish points and under 10 for the battle for last. This week we have our first new winner its L8nite menu with a big week from defense and Mike Vick. Tmx made the call to a fired up L8nite menu owner. Hey its Tmx congrats on the win. " thanks thanks been waiting this call. Love your work at Tmx!!" Hey thanks we are here to help. Do you have anything to say about your victory and push to the top? " Damn straight. First I wanna thank Beach bums for not talking my "devils" trade, couldnt do it without Witten, I also want to take time to laugh at Villenz, have fun dress shopping and the rest of the league youre welcome I knocked the Slippery Wizards out. By the way why didnt I get bonus points for my defense going over 100yds? Haha kidding I used to work for the Wizards. Thanks again Tmx which way off the stage?" There you have it and now onto to what Tmx is here for- TO HELP. This weeks last place finisher was once again Dillonz Villenz.
The totals are as follows:
Kolb 6pt
Matthews 16.5
Mccoy 13
S. Johnson 7
M. Williams 8.5
Chandler 1
Janikowski 7 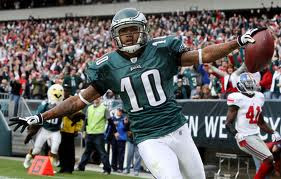 Pats D 10
for a meager total of 69pts. Tmx is inclined to just print last weeks advice to the Villenz but we are not sure that would work? If Villenz had listened to Tmx and made a few moves he wouldnt be here. Tmx did extensive research and numerous interviews out of the SSSC complex and found out that Villenz was offered among others Beanie Wells and Cam Newton both of whom would have kept him out of last place this week. Tmx is here to help and hopes that Villenz can get his ship back on course but as they say "fool dont want no help fool dont get no help" Tmx did however call number one wide reciever Desean Jackson to see what he has to say. Hey D-jax its Tmx how's it going? "yo,yo,yo Tmx whats good!! Me and Vick were clicking this week right? You know I aint getting held down. I saw your review last week calling me out I stepped up like I do" Yeah D-jax you did but sadly you were on Villenz bench. " what? WHAT? tell that fool i'm looking for a trade, everyone knows I come through and you gotta ride the good with the bad D-jax OUT. click'. Well Tmx has news that D-jax is on the block so he may get his wish. Here's wishing Villenz good luck in the trade market. Now onto the All Iggles Team.
This week its the all Mr. and Mrs. Iggles Team. Congrats. 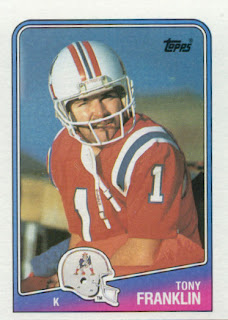 
This weeks All Mr. and Mrs Iggles total was 180.5! Second highest of the season. Looks like Cam Newton is looking to make this his permanent roster spot. Sflabo is supplying the defense for the Iggles back to back weeks. The league still hasnt held the Iggles under 150 yet this season! Hopefully this week we can. No one wants to get beat by an Iggles team!! This weeks Tmx player of the week was a tough one. Wes Welker is always a candidate, Forte went off, Vick , the Ravens D and Foster (finally) all were contenders but this week has to go to Aaron Rodgers who put up a whopping 58pts guy carries a belt for a reason. Normally, Tmx doesnt hand out player of the week awards to number one picks but when you drop a 58 burger on the league Tmx and the league take notice. Congrats Rodgers and No Legs. Till next week everyone stay healthy and keep your eyes open for trades and the waiver wire.

(Click on the picture below to purchase your own Aaron Rodgers Belt shirt). 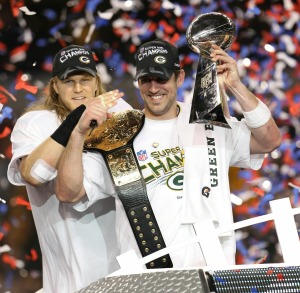