I checked out www.boneyardbarbecue.com last night with my buddies, David and Scott, on the recommendation from a couple of guys at work.  I apologize in advance, as I forgot to take photos for this review.
On Monday's they have $.30 wings.  Its a small dive bar with a few tv's and plenty of different beers on tap(you know I love drafties). They had plenty of sauces to choose from for your wings.  I of course went with their hottest, which had a decent flavor. I was tempted to try the bacon buffalo though because I mean who fucking doesn't like bacon.  Maybe next time. 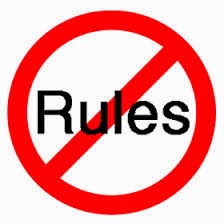 At first I was thrown off by their "rule" of only ordering 10 at a time.  I get you don't want people ordering a shit ton and then taking them home but I thought 10 was ridiculous.  I quickly found out it was the perfect number.  The wings came out fast.  They were big wings with a little bit of breading (I don't mind breading as long as there is not a pound of it). But being big they were cooked perfectly.   As soon as we were half way through the waitress asked if we wanted more.  We all said yes.  They came out before we were done
with our first round. Its definitely a place I would recommend and go to again if I was in the Seekonk area.

It just sucks that I found another good wing joint that's just a little too far from me. If anyone is up for a road trip keep me in mind.

On a side note we were all chatting about how we have more time to grow our staches for a bit longer now that the Mustache Pub Crawl is in June. Scott has been saying that this is the year he was going, that he may be handing out mustache rides to a lucky lady but now he seems to be backing out. What gives Scottie?
Posted by d at Tuesday, May 06, 2014

Henan Asia-Pacific Energy Technology Group who is engaged in R&D,production and sales of large environmental protection plant.Using the pyrolysis technology of micro negative pressure.the company can recycle the organic waste like waste rubber,waste plastic production and used cooking oil etc. without pollution and change the waste into renewable energy.our biodiesel equipment supplier(raw material is used oil) which is independently researched and designed by the company has many advantages:the unique technology,energy-efficient,environment,easy to operate etc.

Aung Crown Caps & Hats Industrial Ltd. is a professional company integrating the design, manufacture and sale of caps and hats with our own hats factory founded in 1999 in Guangdong. We specialize in all kinds of caps and hats, as well as some headwear accessories. We can also offer you many other hats products based on your own design and artwork.