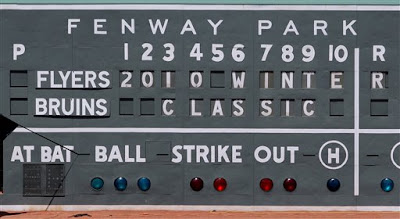 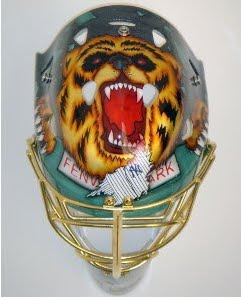 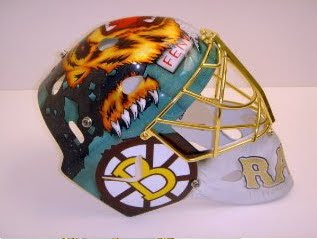 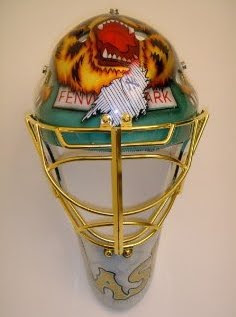 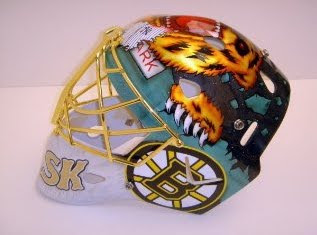 Beverly, Mass. - Boston Bruins goaltender Tukka Rask will look pretty fierce Friday at Fenway Park, thanks to the work of a Beverly policeman.

Rask, along with fellow Bruin netminder Tim Thomas, will be unveiling their unique Fenway-themed headgear at the team’s pre-game skate, Thursday, Dec. 31.

The Beverly Citizen got an exclusive sneak peek at what Rask’s mask will look like (see accompanying photos).

“They wanted to make me a mask for the Winter Classic and why not,” Rask said. “Timmy is getting one too, so we’re both going to be wearing the helmets [Thursday].”

The mask’s co-designer, Boccuzzi teamed up with longtime goalie mask guru Domenic Malerba to create something that carried both the traditional flair of the Boston Bruins, while also incorporating plenty of Fenway flavor. The end result is equivalent to a Manny Ramirez shot over the Green Monster.

Rask’s mask depicts a disgruntled grizzly ripping through Fenway’s famed facade, formerly known as the .406 Club, with the tattered remains of a New York Yankee jersey caught within its jaws. The mask was given an expert paint job by Georgetown native Luke Dobie, adding plenty of attitude to the bruising bear.