Tmx is here for the week 16 review!

We now come down to the final week of the season with no of the big spots decided!! First and second place is now separated by 58pts as Dillonz Villenz who led from week 4-12 has seem to hit the wall. Sflabohfrw took charge in week 13 and has pushed the lead up. Villenz is going to have to dig deep and make the right plays and hope for some of Sflabo's stars to sit to pull this off. The spot for 3rd,  the last money spot is as hot as ever separated by .5 with DTF pulling ahead of Beachbums. This battle has been going on seemingly all season and the right plays in the last week will decide it as both these teams have consistently supplied the All Iggles with players. The beer bitch and dress wearer is down to a 37pt lead MFN has over Nutsaway. Both teams suffering through disappointing season and injuries it will end up who's team has enough healthy producing players in week 17!! 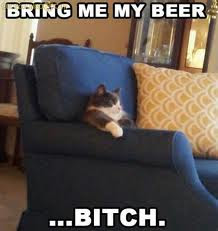 Now onto the results of this week. The 2nd place team surging out of the basement was Slippery Wizards.  Slippery Wizards were looking at a first to worst being in last 3 weeks ago but somehow got it together to be 165 out of last. This week thanks go to Roddy White and the ELEVEN sack defense of the Chargers. Shanks go to Brady and Hernandez who probably cost the Wizards a weekly win. The third place team this week was Sflabo who can thank Beastmode ( Lynch equals championship? he did play a role in Wizards last year) and Thomas. The shanks go to Ridley and Gresham. The fourth place team this week was the Jerkshots. Thanks go to Brees and Colston while both rbs get shanked as Turner and Gore totalled 9pts. The 5th place team this week was Black Dynamite who can thank HOLY ROMO who put 45 but usually solid AP and Niners D get shanked this week. 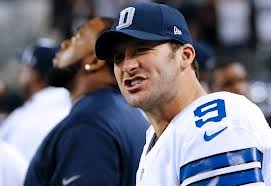 The 6th place team were the Beachbums who can thank Ryan and Jamal Charles but will have to shank Gonzo for a dismal performance. 7th place this week was Dillonz Villionz who can thank his team Mvp Manning for another great outting but shanks go to his rb Foster and Richardson who totalled 9.5 with one being carted off with a knee and the other with an irregular heart. OUCH.  The 8th place team this week was White Unicorn who had potential fantasy mvp Megatron go off again and can thank Spiller as well but the shanks go to Schaub and Shorts. 9th place this week was MFN who probably just lost another player while Tmx makes this report!! MFN can thank Packers D and Forte til he went down shanks go to both Wrs. Hicks for his 0 points and Paris Hilton for her 4pts MFN will need to make the right plays to stay out of the dress. The last place team this week was Nutsaway. Not much to thank on Nutsaway but Stafford did throw for over 400 yards but zero tds so he gets the thanks the shanks list is long but his best player over the last 4 weeks BJGE gets shanked as well as Victor Cruz who seems to have disappeared on Nutsaway. One big week and Nutsaway could pull himself out of the basement!! The winner this week was DTF who finally got Ray Rice to play a better game than AP and Rodgers had another great game the shank will go to H. Miller the only guy not scoring in double digits for DTF. The fight is on for the final money spot so DTF needs everyone rolling in week 17!! Now onto the All Iggles.


The All Iggles finished with over 200pts once again coming in at 204. The Beachbums again were major contributors. Tmx is investigating that the Beachbums war room is shut down and he is going over strategy with Nutsaway these past few weeks. STAY TUNED. Tmx cant pass up the irony of RUDOLPH making the All Iggles a huge scrooge run organization!! All jokes aside the final week is here and its do or die!! Lets hope all your players have to play and there are no injuries. 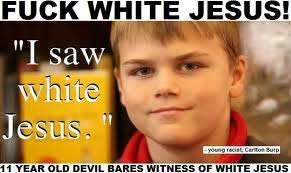 Tmx wishes all a happy holiday and good luck. TMX OUT
Posted by d at Monday, December 24, 2012