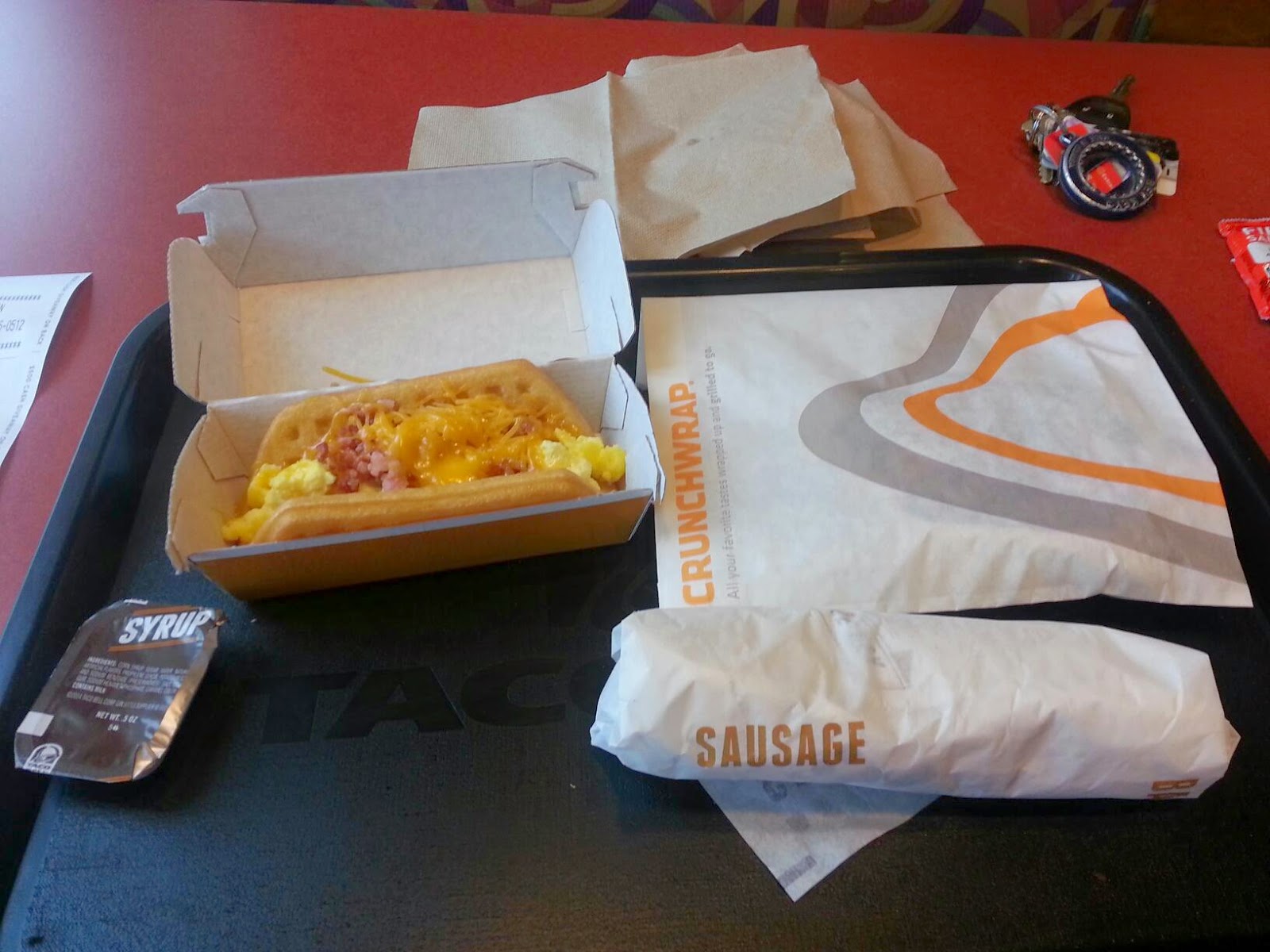 From Christian Daniel MacPhail (I edited for punctuation as it came through a text):

I haven't had any fast food besides Wendy's in a very long time.
If Taco Bell came out with the new menu for breakfast I had to give it a shot.

Here is my Taco Bell breakfast review:
1. The breakfast burrito was tasty but just a generic burrito like anyone else has, nothing special to it in fact it was actually over priced at a $1.99
2. The a.m. Crunchwrap was very good nice crunchy hash brown in the middle with the eggs and sausage pressed together and toasted in their little panini machine. My only complaint is that it was a lot smaller then I was expecting. (The Crunchwrap if you can look at the picture was only about a third of the size of that wrapper; at first I was all excited then when I open it up I was like "Damn" in my Ron Simmons voice.)
3. The waffle taco was pretty damn good. I love mixing all my food together so the fact that they put eggs, bacon, and cheese in a waffle then cover it with syrup was DYNOMITE.

It was a overall a very tasty good breakfast ,nothing I would go out of my way for but if I'm in the area I would stop in