Week 7 is in the books and this season continues to be a bizarro world type of season. Players you thought were in smash spots don't get double digits and guys you only started because of byes go off (FlyingDingoes). We had 5 teams this week start players who put up goose eggs and the 1st place team in the league had two players started get zero points and still ended up 5th for the week!! The injuries keep piling up and for the first time in league history there have been more impactful  real life trades in the NFL than fantasy trades!!! Lets get to the recap. 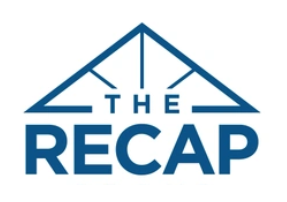 First place this week was Burrow my dick in yo ass with 150 (their first weekly win in 3 years according to TMX stats). Burrow put up a 50 burger (55 Sammy Hager), Olave continues to shine  and Zeke looks like the Zeke of old adding 2 tds. Burrows is getting hot and making a push for the money and got great news as Jimmy Robinson was traded to the J-E-T-S to replace Breece Hall who's out for the year. Burrow looks to be in the hunt for QB 1 putting up 98 points the last two weeks and now set to face the Browns without their top CB! Guess the rest of the league is now the ones crying that Burrow was drafted when he was. 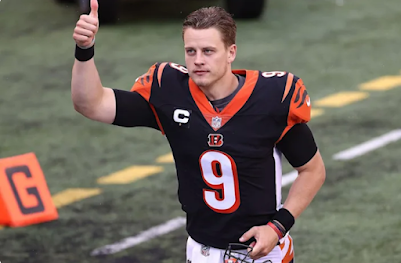 2nd place this week was Flyingdingoes with 129. Dingoes were led by King Henry who is on a string of 100 yard games per usual and Juju continues to make big plays in KC. Brady may have ran into father time and is starting to look washed or Dingoes would be much further away from the basement than he is. 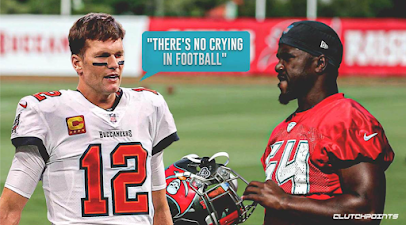 3rd place this week was Charlies Angels with 124. Angels had the week won but elected to break rule number one of fantasy. You pick up a player you play him! He sat Tyler Boyd and his 30 points! Angels did however get a huge game from Ken Walker and its finally ETN season as hes taking over the backfield so much so that they shipped Jimmy Robinson out of town! Dalvin and Aj Brown will be back this week and non-concussed Tua looks primed to lead the Angels out of the basement and possibly into the money! 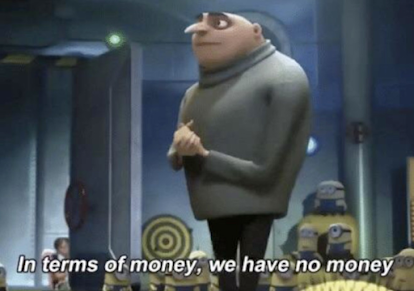 4th place this week was Silly Gooses with 122. Gooses got DHop back and Free Aaron Jones happened. Kittle was the star in the new loaded niners offense and Kyler Murray vs Jimmy G might turn into a thing over there at Gooses franchise. Najee Harris has still not scored over 12 points in a game all season you have to wonder how long this keeps up? Mike Thomas should be back and wild card OBJ was a recent add that may be a game changer. Silly Gooses is just maintaining a spot in the middle of the pack waiting to get all his players and make his move it seems. 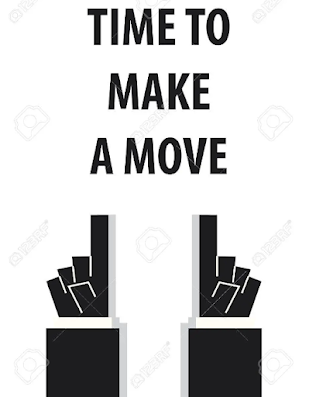 5th place this week was league leader Hong Kong Street Pharmacist with 120. One of the wildest scores TMX has seen in a while. HK Street Pharmacist registered 2 zeros, got only 10 points from Lamar and 15 total from wr position! But Mr RB1 himself Josh Jacobs put up a 40 burger and has 109 points scored over the last 3 weeks! Saquan put up his usual 20 and the Cowboys d add 28. If this is an off week for this team it may as well be a fight for 2nd place in the league at this point. Finished above 5 teams getting 2 zeroes from starters, just amazing. 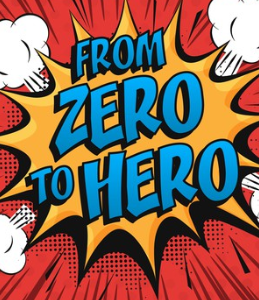 6th place this week was Moco Loco with 114. Loco was led by kinda traded Chase who put up 34 and bye week fill in Trevor Lawrence who had 24. Loco's also chose to just take the zero on defense as both were on a bye, a bold move that didn't seem to worry them as they are in the money chase with  Allen having just finished his bye week. Moco Loco has been busy trying to swing that big deal to get them over the edge and close the gap to the top spot but it hasn't landed yet. Stay tuned. Hashtag no takesy backs. 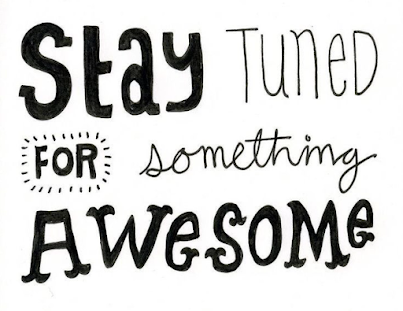 7th place this week was Slippery Wizard with 112. The long awaited QB return of Dak was a complete dud with 14 points scored but he did finish the game and now they will hope to have a Qb finish back to back games for the first time all season! Chubb and Rhomondre led  the Wizards and a big trade sending CMC from Mr Everything in Carolina to just one of the guys in San Fran could make or break the season for SW. 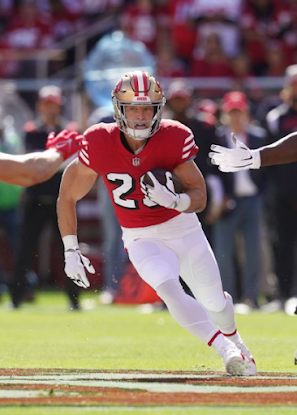 8th place this week was Equalizers with 102. Mahomes put up a 40 burger and big Mike Williams had a nice game before getting injured.  The Drake was a non factor , putting up a zero as Gus the Bus took over. Equalizers are still waiting on Jonathan Taylor to play like a number one pick ( he hasn't scored since week 1)  Mahomes is going on a bye and we shall see if Geno keeps pace. Equalizers are still fighting at the top of the standings.
9th place this week was Doom and Gloom.  They had Hurts and Jefferson on a bye and Eno Benjamin was the top scorer! Gloom is hoping to get Swifty back but if they dont they did pick up Gus the Bus who scored twice in his return to the lineup. Terry Mcclaurin seems to be back and Michael Gallup decided to score zero this week on 4 targets in the run first Cowboys offense, that may be his last start over there at Doom and Gloom if that's how he's gonna do it.

10th place this week was Prebathtubwhitney with 100. Prebathtub was led by red hot Ekler who put up 30. Ekler has 8 tds in the last 4 weeks and is carrying the club as they try and figure out what is wrong with Herbert! Sun God and DK both got hurt as they combined for 2 points!! Herbert and Ekler head to the bye week but Diggs and Goedart will be back this week to help try and offset that loss. Injuries are and issue but if Prebathtub can stay healthy and Herbert finds his way they have the players to make a run. 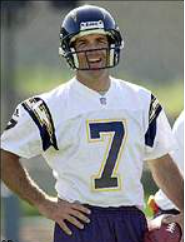 Lets make some calls. First up from the first place Burrows. Lets call Mr Burrow himself. Hey Joey B whats good its TMX. " Oh man I know who it is whats going on? You see us out there just running up numbers? Me, Chase, Tee and Boyd? All them boys open all the time!" Oh I see it you got back to back weeks with 3 tds everything is rolling. " Oh it is indeed and we got the Browns this week in the battle of Ohio on Monday night! Reminds me of college, man I loved college! I feel like I'm gonna sling it then go hit a kegger this week! You down for that TMX? " Oh we are no doubt but before we let you go, the team that drafted you the owner cried tears of joy that he got you, what do you say to that? " Ha come on man aint no crying when you're rolling with Joe Cool!! Tell homeboy to chill and buckle up we bout to make things happen" Sounds good Joe good luck this week. " No luck needed TMX we got this"  There you have it from Joe Cool himself one of the hottest qbs going. 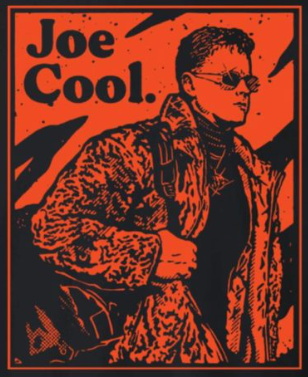 Lets make a call to Prebathtubwhitneys qb Justin Herbert and see what's going on. Hey Herbie its TMX whats up? " oh man TMX Im in a funk right now cant figure it out? Its almost like that curse on the Brady Bunch, you ever see that show? " Oh I know the show but we at TMX aren't big curse guys. " well I don't know how else to explain it, I mean everyone keeps getting hurt, I cant get rolling. I mean I didn't even throw a td last week and only got 22 points this week? Those aren't numbers  I usually put up. Its gotta be a curse. Didn't ADSL have a voodoo man once?" WOW you really are a student of the game and fantasy. There was a voodoo man a while back but I'm not sure that was real? " Well TMX we are going on the bye this week and I know a medicine doctor down in San Diego who I'm gonna visit. I'm trying everything, Ekler even gave me some funky cold medina he had from college." Herbie lets relax, maybe just get healthy and get target monster back and you should be fine. Good luck after the bye. " Thanks TMX". 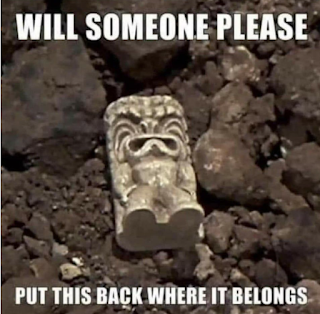 Posted by Drunknothings at Tuesday, October 25, 2022