It was like the Thunderdome, 2 men enter one man leaves type shit:
A battle of  man vs a 3 lb burger. In this corner we have Mike "Flounder" Foley, Chris "Boom Boom" Leaden and Chrissy "I paid for it so I am eating it all" MacPhail.

Ian, the catering manager running this shit show at Fuddruckers said the total weight of the burger - patty, cheese, bacon, and bun was 5 total lbs. 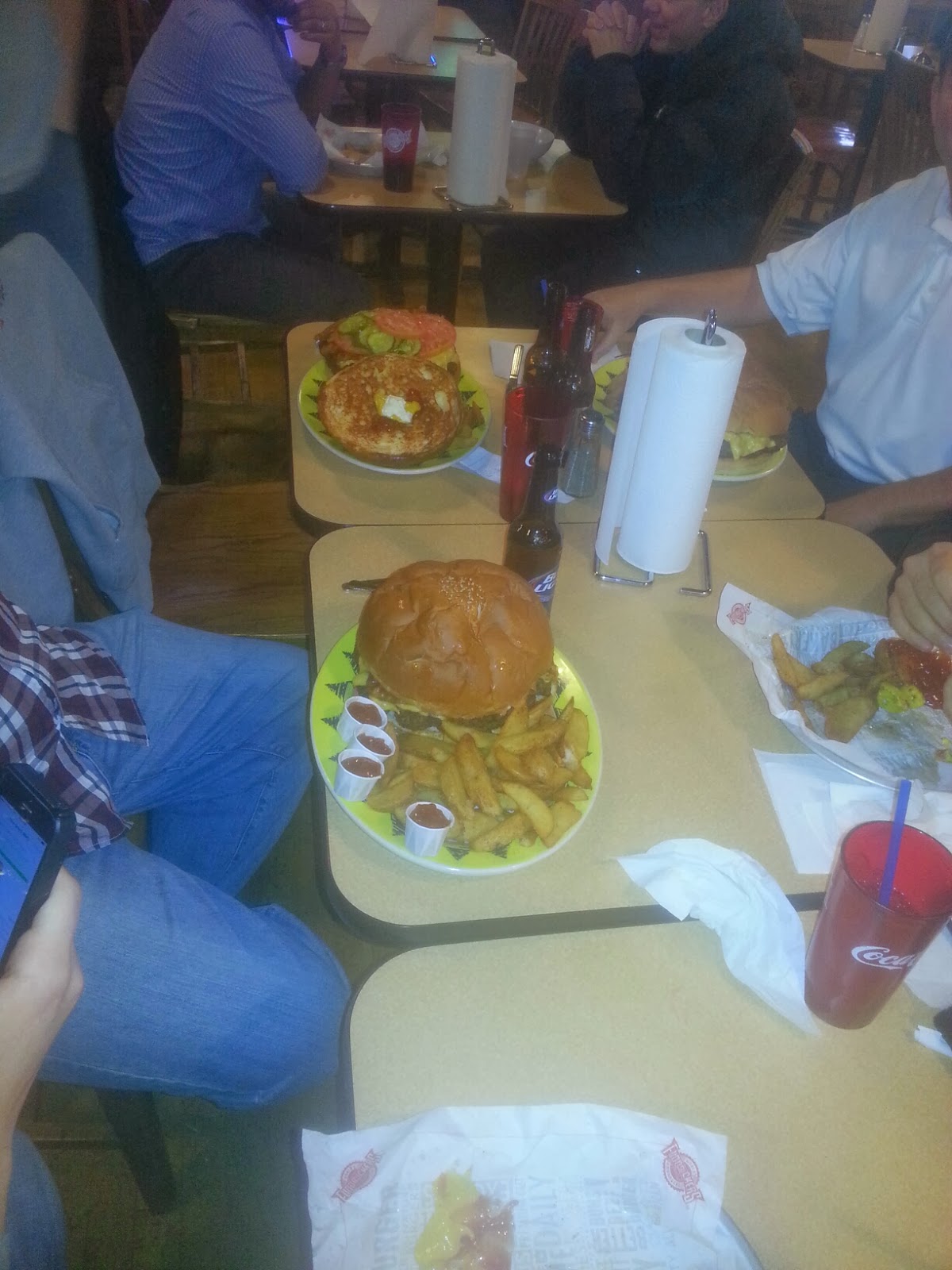 Out of the gate Chrissy started with a furious pace - half the burger was gone in 6 minutes. Leaden went for more of a slow and steady wins the race approach. Meanwhile, Foley was methodically slicing and dicing his way to a win.

Here is what Foley had left. When he realized half way through, that he had no chance he wrapped up what was left and called it a day. 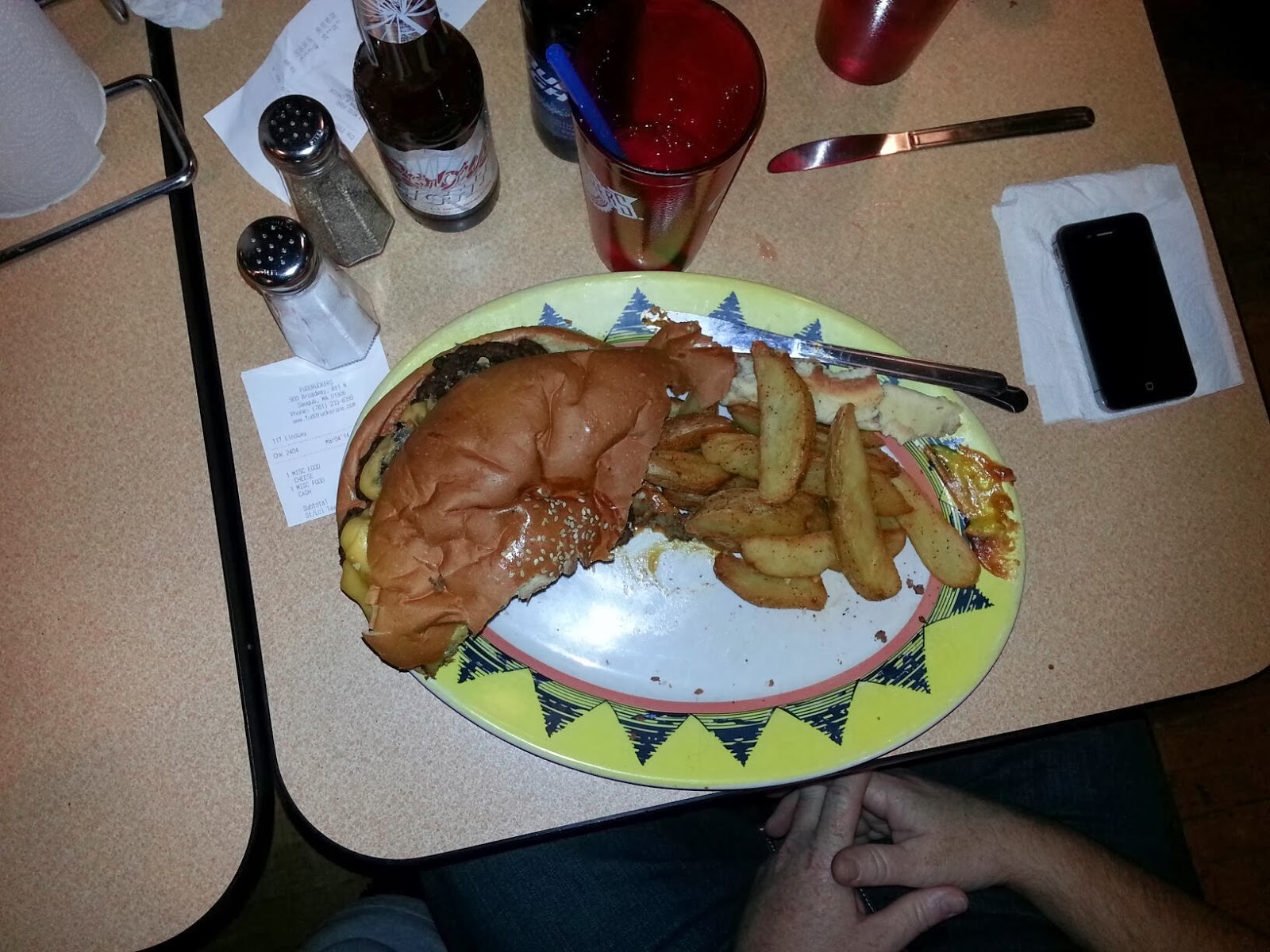 The tortoise did not win this race. Leaden left around 1 lbs left (that's beef, cheese, bacon and bun).
Effort: B
Result: B+ 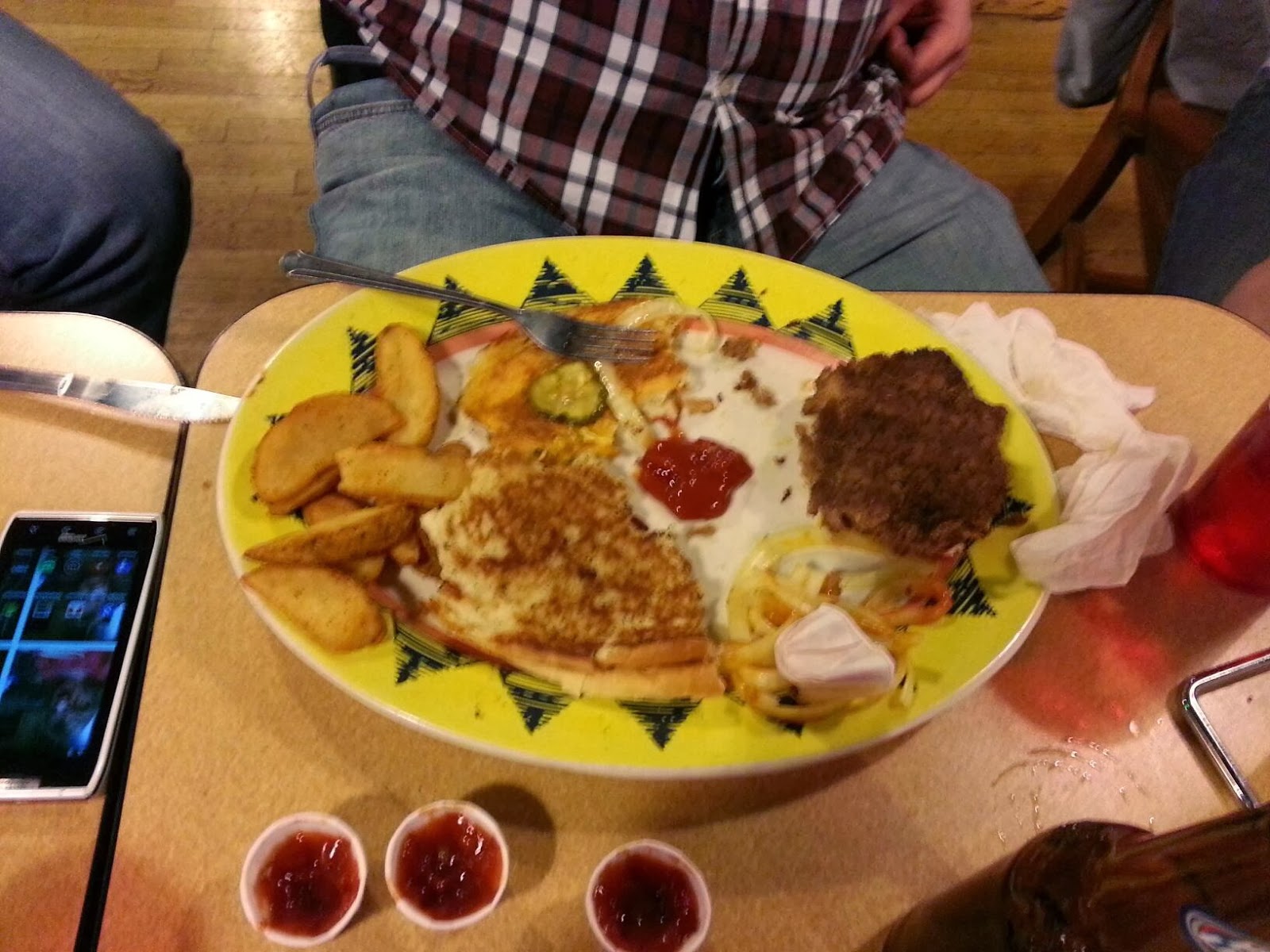 Look at the size of that fucking burger: 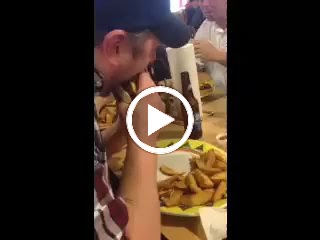 Chrissy had 3/4ths of the burger done with in a half an hour. After a quick puke with 15 minutes to go he tried to finish the last of it but another dash to the bathroom with 5 minutes left was in order. After his second puke, and with a minute to spare he finished off the last of it)
(Sorry for the poor quality picture - I think Rio still has a Nokia flip phone) 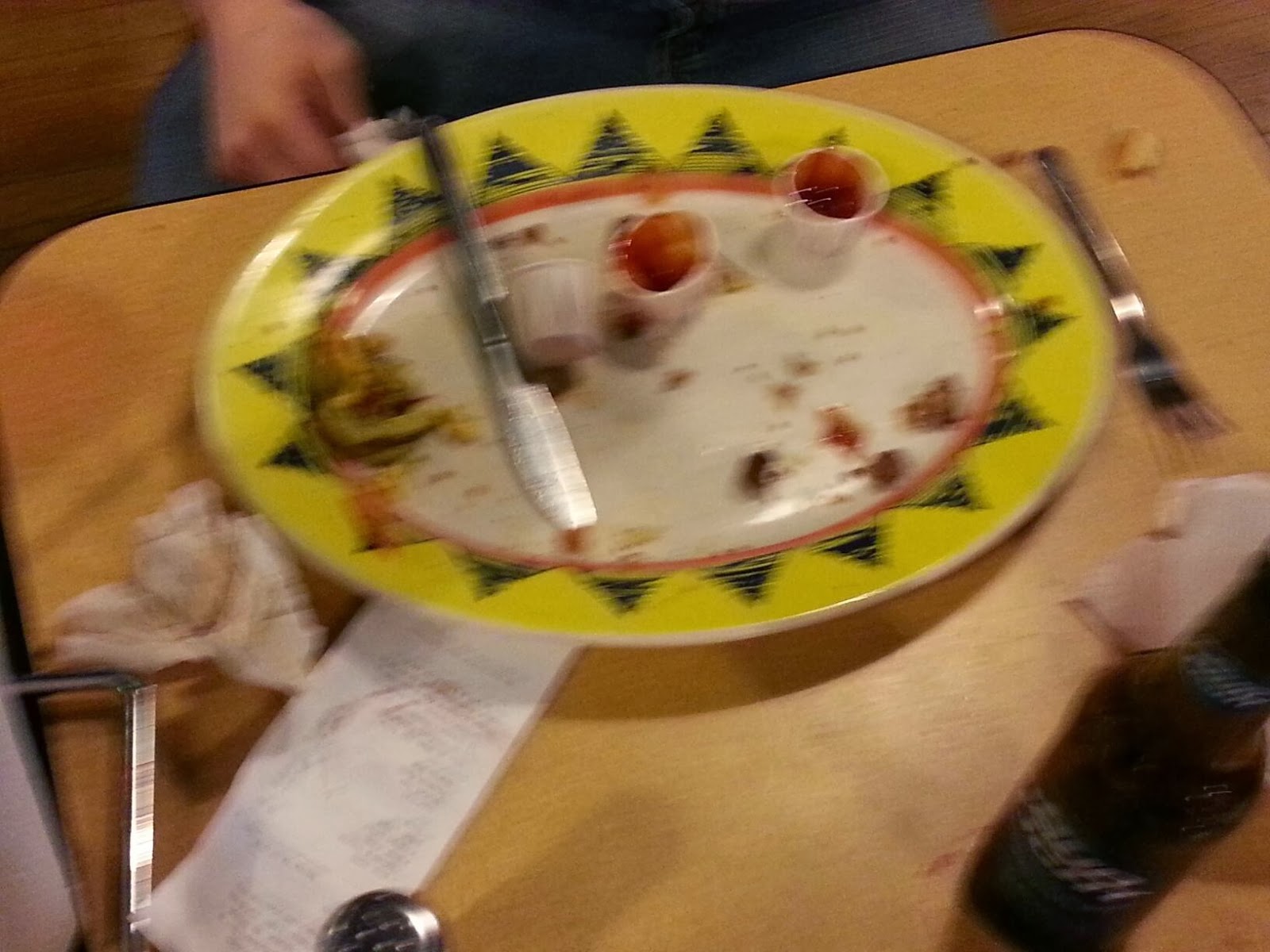 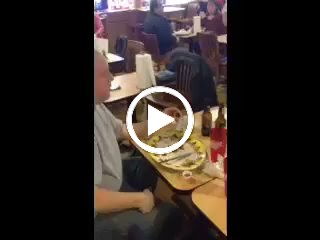 As they say WINNERS WIN!
For all his hard work Chrissy gets a free t shirt(mustard yellow) and 2 free meals at Fuddruckers.
57 had tried it but only 4 had succeeded! 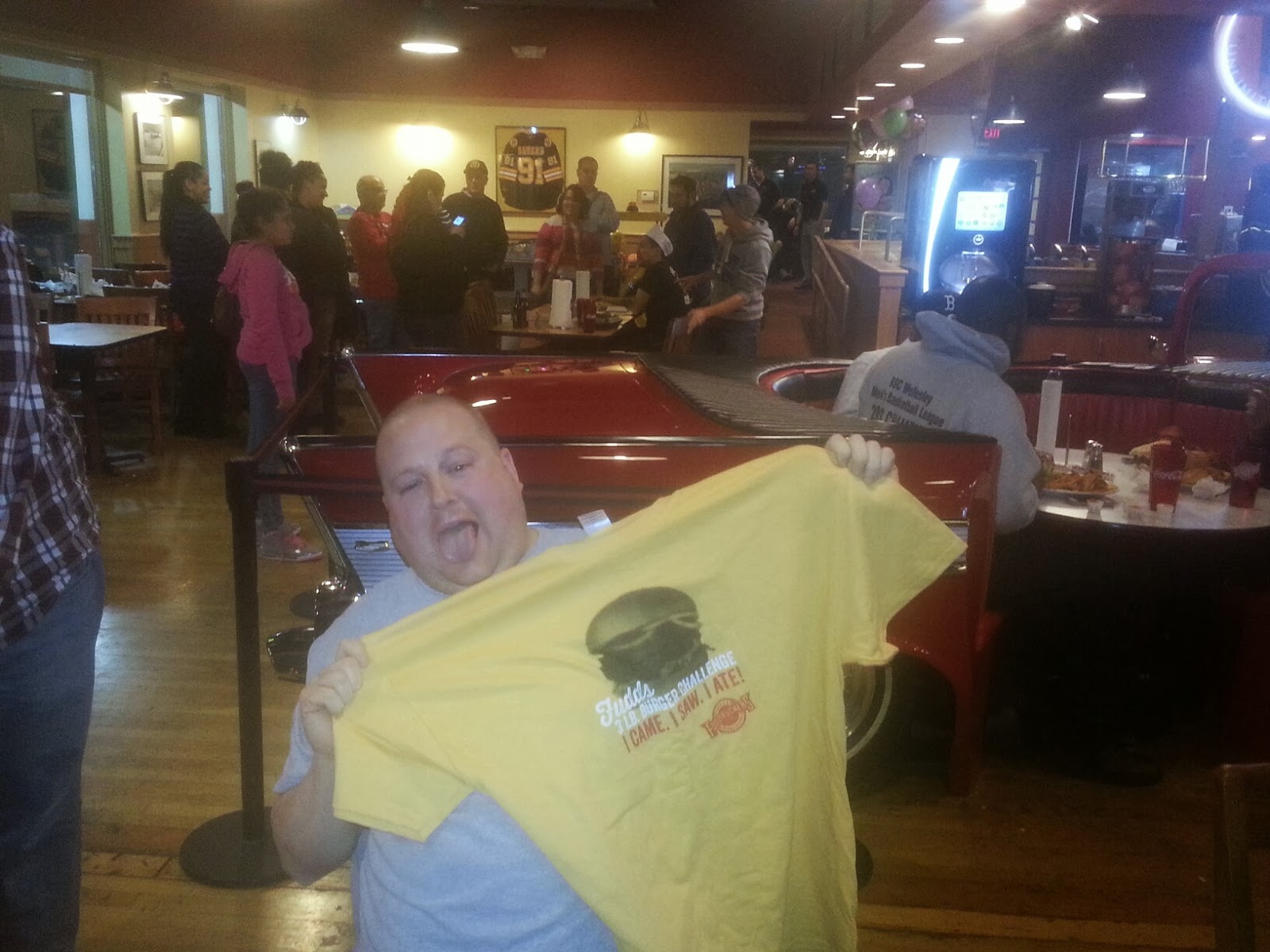 It looks like this trio is off to try this next: